In The Blacksmith, Buster Keaton is a blacksmith. Which makes sense, I suppose (even if he wasn’t a goat in The Goat, or a boat in The Boat, and so on). Although he also seems to be a wheelwright, a farrier, and a car mechanic, too. Which makes slightly less sense, probably. Although is probably just further proof that Buster’s a very talented boy. 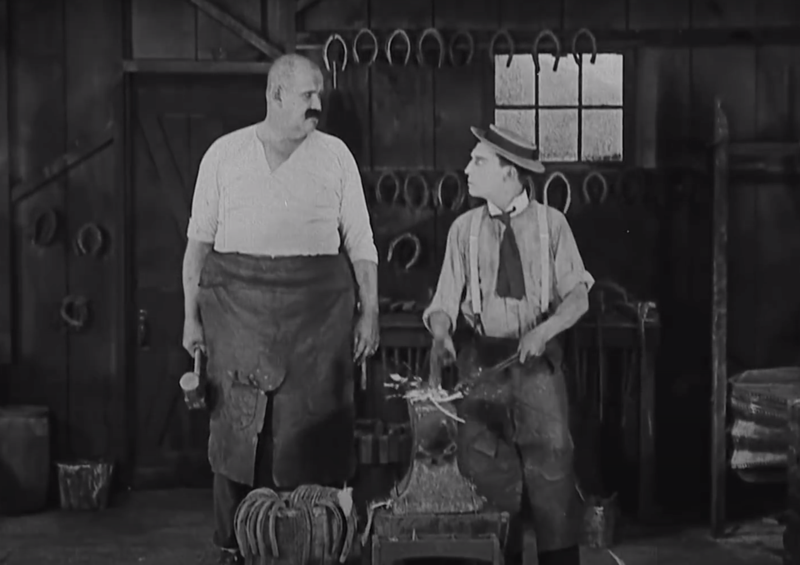 This one’s pretty rough, thematically at least, mostly just being a series of disparate sketches occasionally but not always related to blacksmithing. And although I wouldn’t say this is one of Buster Keaton’s best, I still enjoyed it a lot, especially the strangely charming scene where Buster has to get some shoes for a horse. 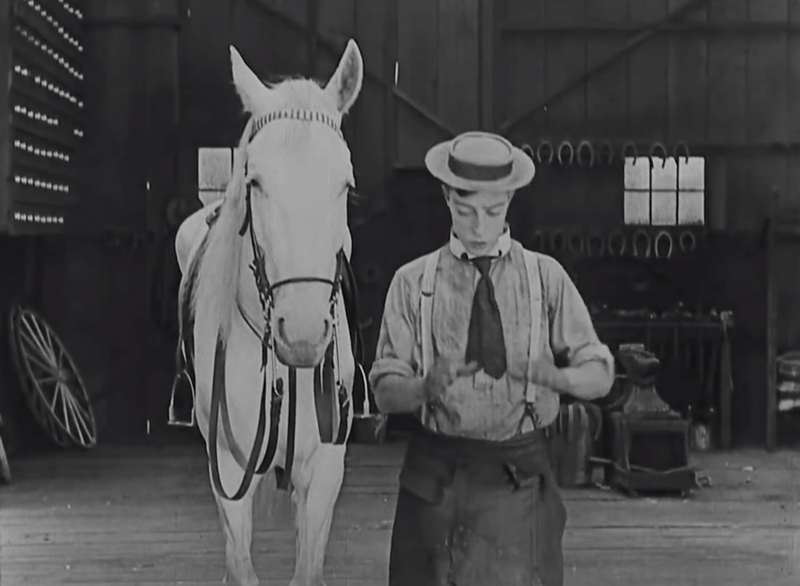 Which I liked a lot, I really did. I could not tell you why. 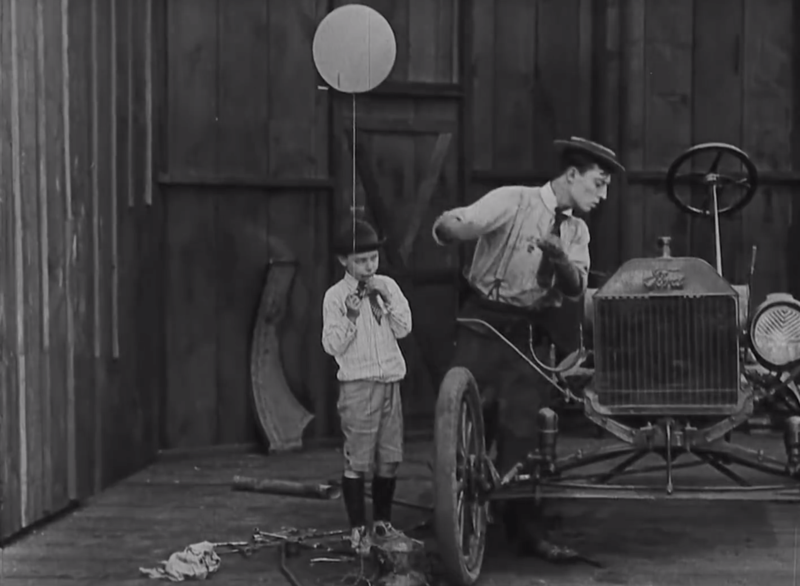 1. I watched both versions of this on blu-ray. I captured the images from this version on youtube.

2. The Blacksmith has quite an interesting history.

3. For a long time it was considered completely lost, before James Mason found a copy of it in the loft of Buster Keaton’s old house, 30 years or so after Buster Keaton had last lived there.

4. This was assumed (unsurprisingly) to be the release version of the film, but after someone discovered another print of it about ten years ago, it turned out this was only a pre-release version.

5. This new version (released in 1922), has a few new sequences, omits some old ones, has a different start, and some tighter editing in places (I think).

6. The version I grabbed the screenshots from was the 1921 pre-release version.

7. Which is a lot worse than the 1922 actual release version.

8. And although there’s not actually that much that’s different between the two versions (maybe 3 or 4 minutes), it’s quite interesting watching them both just to see how much difference editing can make to the overall quality of things.

9. Unfortunately I can’t find this version on youtube, so you’ll just have to trust me on this.

10. Or buy the Buster Keaton box set I’ve been watching.

11. Which you should, because it’s wonderful.

12. Anyway, here’s an old article about the new version, with a minute or so of some of the new stuff embedded half way down.