For some reason, 1920 seems to have been the unofficial year of Jekyll and Hyde, with this film, directed by John S. Robertson, and starring John Barrymore in the title role, one of four separate versions released over the course of the year (although there had been seven versions released prior to 1920, too, so maybe every year was the year of Jekyll and Hyde, to some extent, back then). 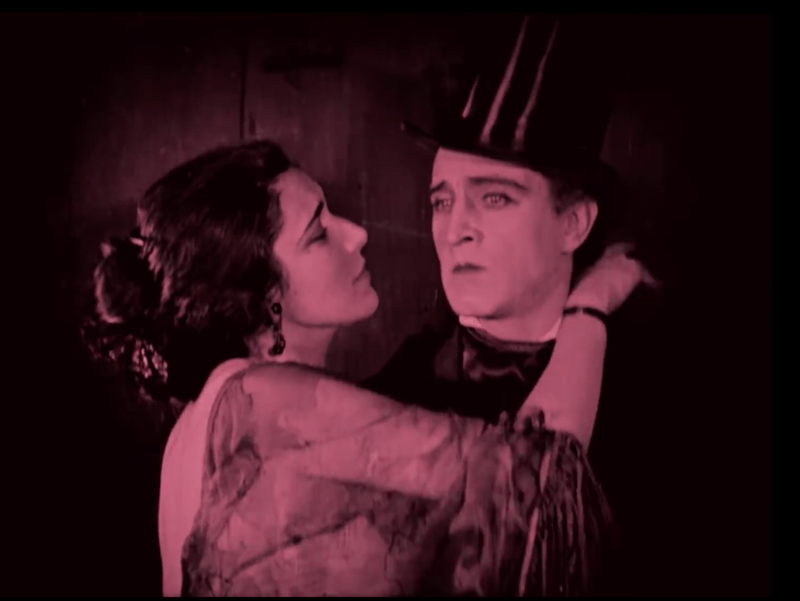 In this version, Dr. Jekyll is almost impossibly beautiful, his every expression one of such open kindness that, as he gets slowly sadder and more melancholy as the film progresses, his innocence slowly corrupted by his counterpart’s actions, it feels genuinely heartbreaking. Mr. Hyde, meanwhile, is a figure of leering menace and absolute malevolence, and the contrast between them is so great its almost impossible to remember, at times, that they’re both played by the same person. 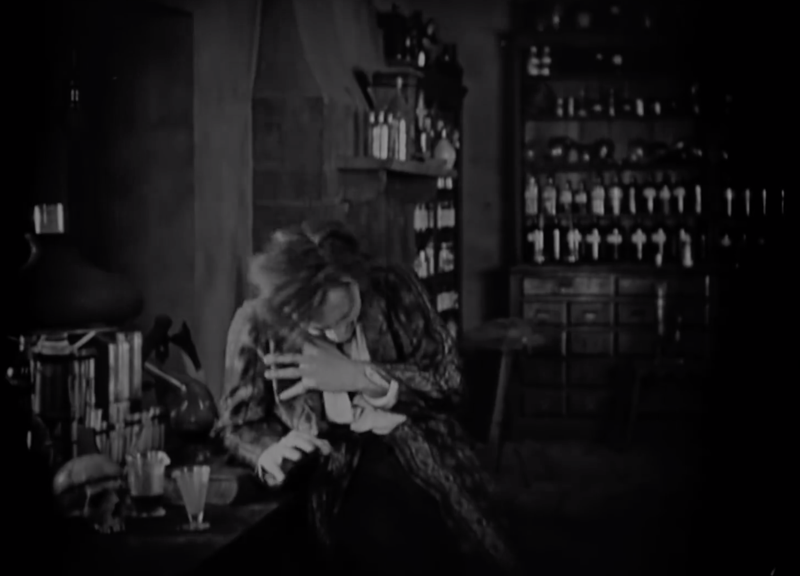 And although John Barrymore’s portrayal of Hyde relies increasingly on his physical degeneracy into some sort of malign barely human goblin, the most impressive scene of the film is the initial transformation, where, through the simple power of acting (ACTING!), Jekyll’s beatific face contorts into Hyde’s malignant sneer. 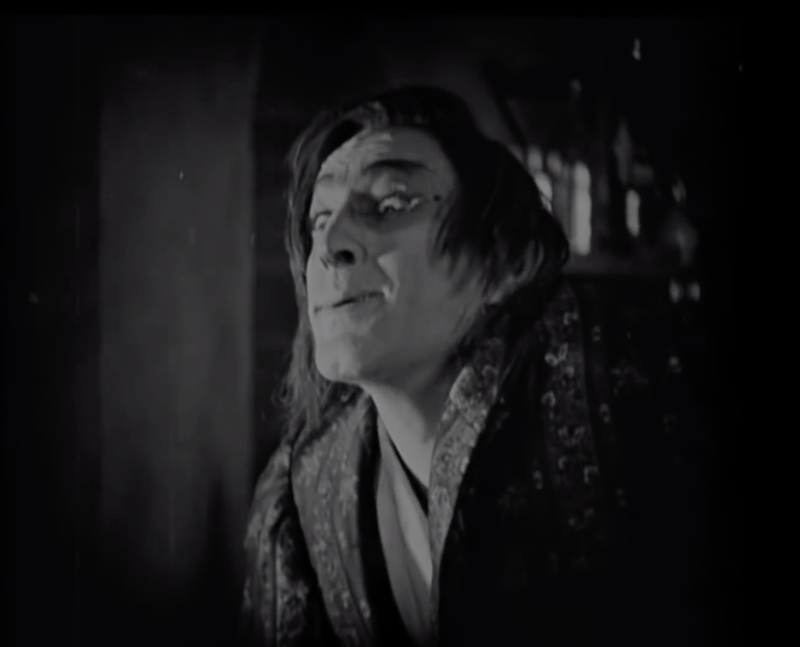 The whole film, in fact, is stuffed full of classic horror images, though whether this film is the source of their the origin, or merely an early collation of such effective imagery, I don’t have the depth of knowledge to tell you. But I can at least show you a selection of stills, which should more than make up for my ignorance as a whole. 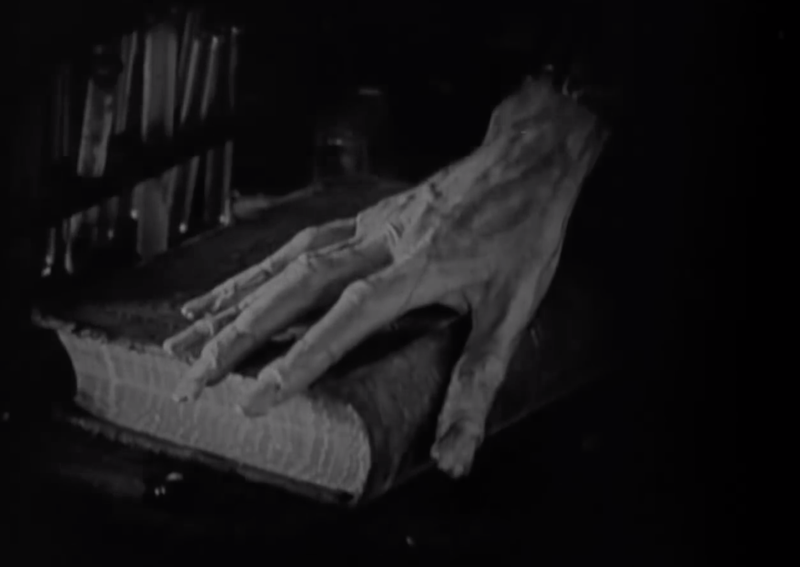 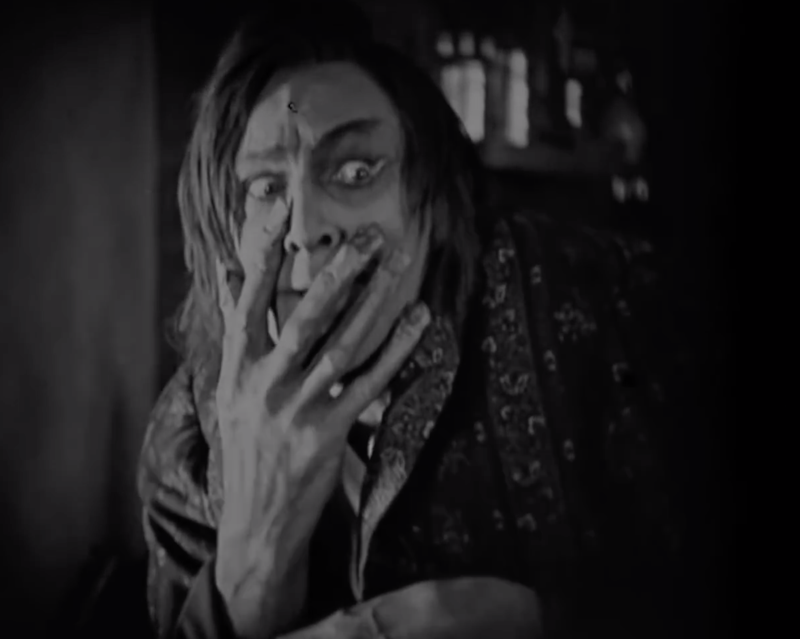 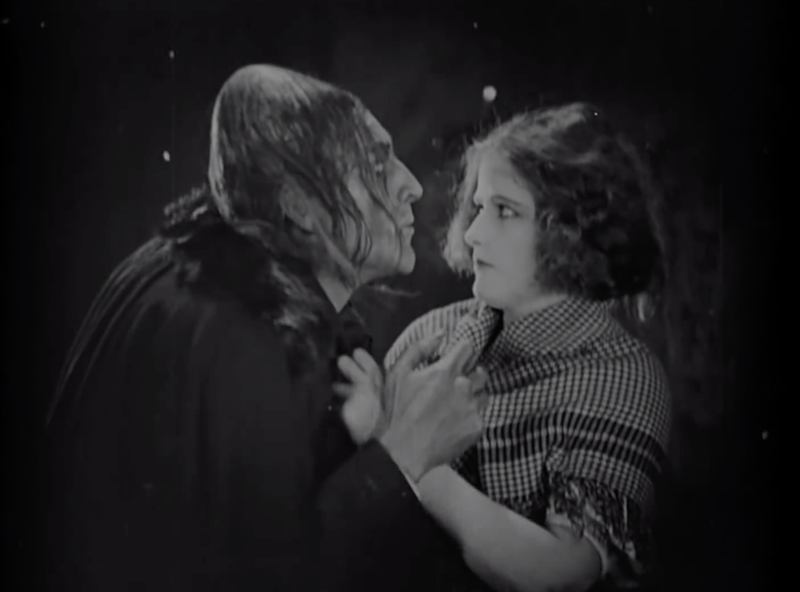 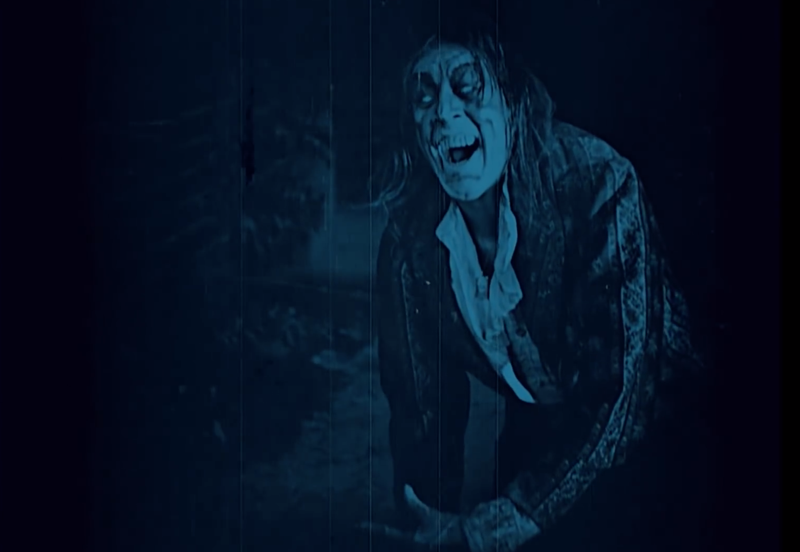 And though the film itself is slow at times (especially in the beginning), it is completely confident in its own direction, and also at times feels startlingly modern, such as in a flashback scene shown in sepia tinted hues, to indicate its age, in a black and white film, in 1920; or the unsettling surreality of a late nightmare, where a ghostly lobster (or possibly one of the microscopic mites Dr. Jekyll views under his microscope at the start, now grown to some monstrous size) climbs up onto the sleeping Jekyll’s bed and attacks him while he sleeps. 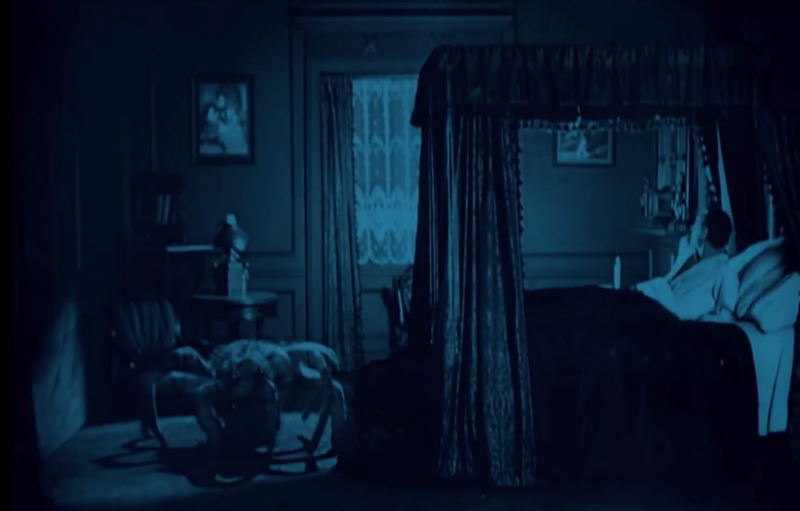 So yes, this is good. You should watch it.

2. Although I first saw it about 4 years ago at the Colchester Arts Centre, with a live soundtrack by Jason Frederick

3. Which can be bought here

6. This doesn’t really have anything to do with anything, I suppose, but early on in this there’s this amazing interjection of unbroken cockney into the narrative, which left me wondering, once again, whether this addition of extra H’s, to make up for all the ones we drop, ever existed in actual spoken cockney, or was just a fabrication of the upper classes trying to mimic their speech (the 1950s book The Snow Goose is absolutely chock full of that sort of nonsense too, and that was definitely beyond the point where such a thing could ever have occurred, in so far as none of my relatives ever did such a thing, and they’d have been long alive by then). 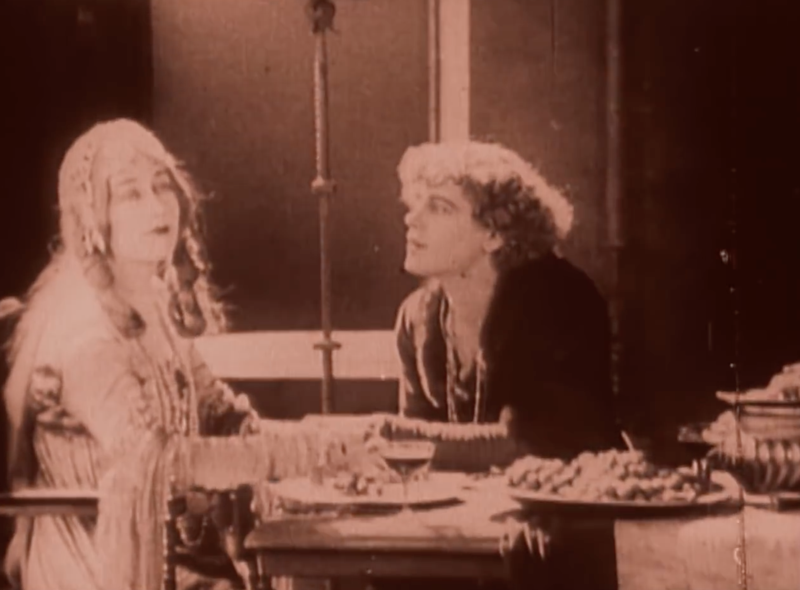 7. The other three versions of Jekyll and Hyde from 1920 are: A satirical parody of this one, starring one of the Keystone Cops, and is now entirely lost; a version directed by J. Charles Haydon and starring Sheldon Lewis, that was released soon after this John Barrymore version, and was a huge failure (and although this version doesn’t appear to be actually lost, I failed to find a version online to watch for this article); and Der Janus-Kopf, a German adaptation directed by FW Murnau, starring Conrad Veidt (as both Jekyll and Hyde) and Bela Lugosi (as neither Jekyll nor Hyde).

8. That version is also entirely lost, which is heartbreaking, because presumably it was utterly perfect in every way.

9. I mean, just look at the poster 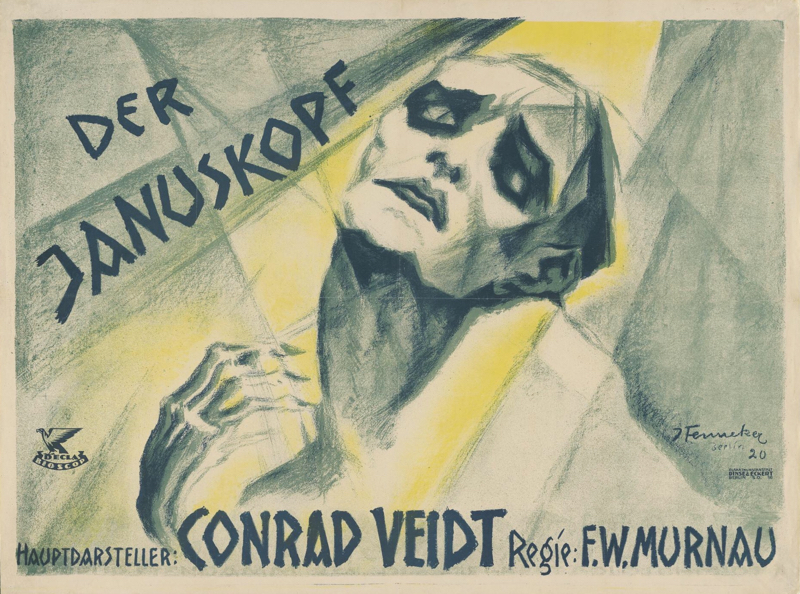 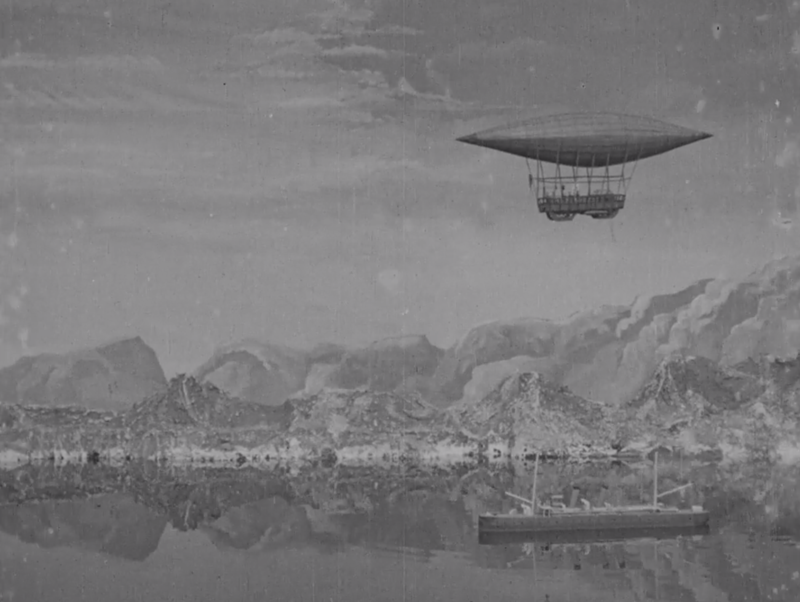 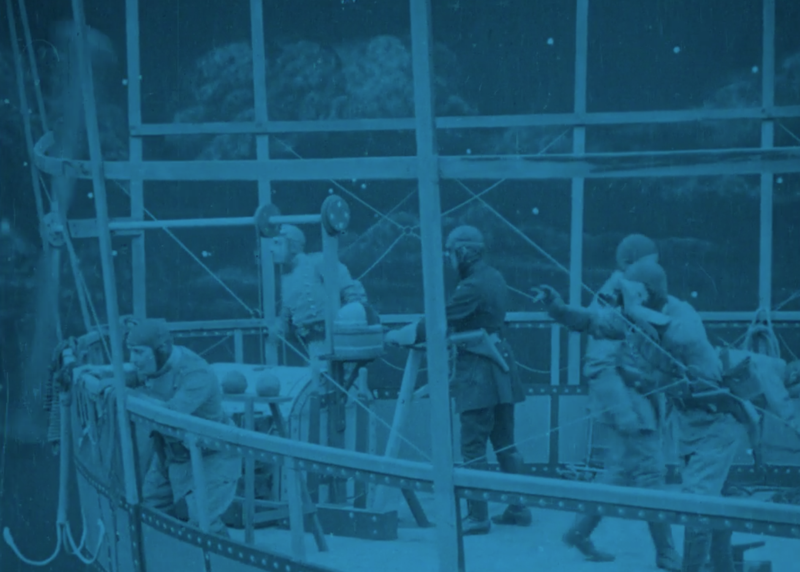 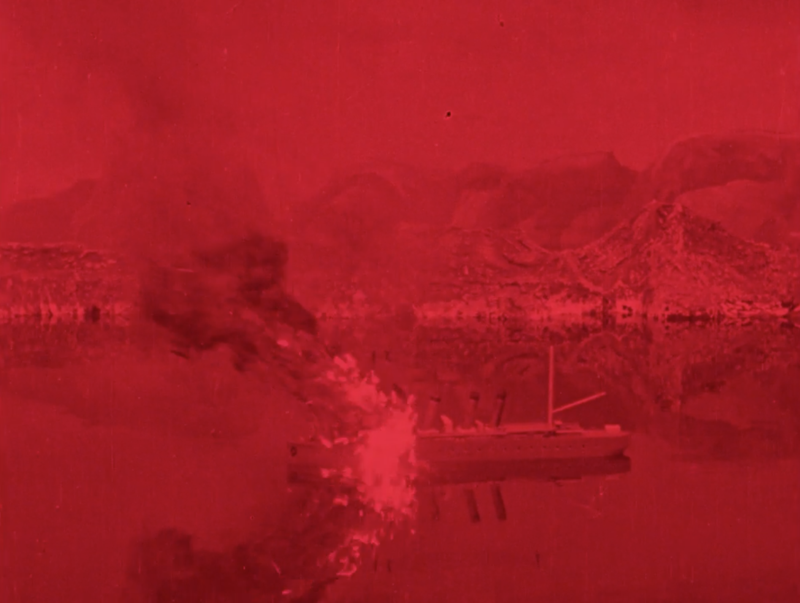 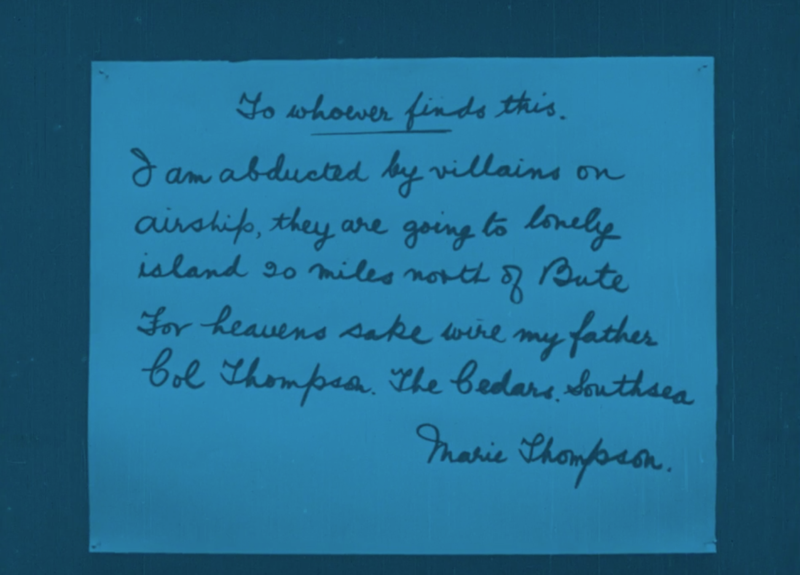