Tai-ani: The West Gate, Foo-chow, China, and River Scenery China are all hundred year old, one minute long, slices of real life from various places in China. Tai-ani: The West Gate and Foo-chow, China are both street scenes, while River Scenery China is footage from a busy river front somewhere. There’s not a lot of information to go with these, unfortunately, with the locations of the first and last one seemingly unknown, although the second one is, as the title suggest, from Fuzhou, but they’re still captivating (to my eye, at least). 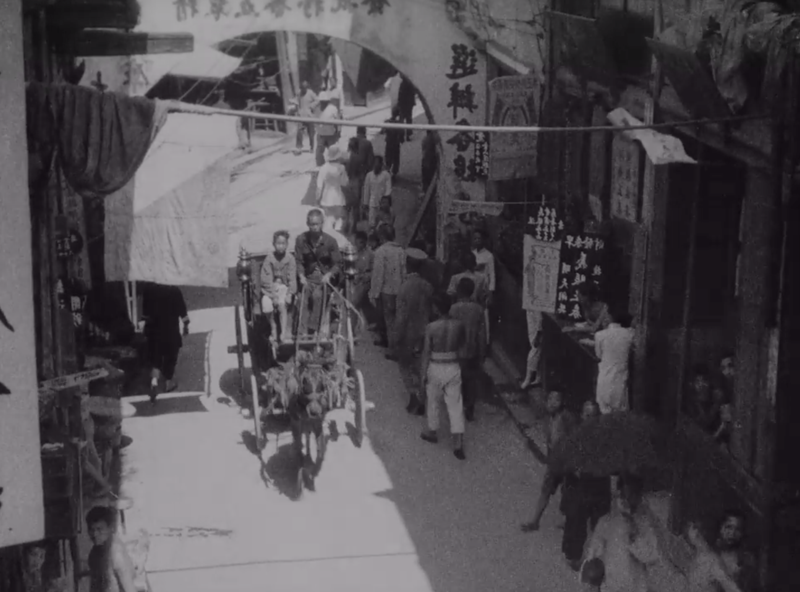 It’s nice having the two different camera angles in the two street scenes, as each one provides a nicely different perspective on the events (or non-events) shown. The elevated perspective in the Foo-chow footage, especially, makes it feel like I’m idly watching this out my window while drinking tea/smoking/waiting for a delivery to arrive (delete as appropriate for current procrastination scenarios). 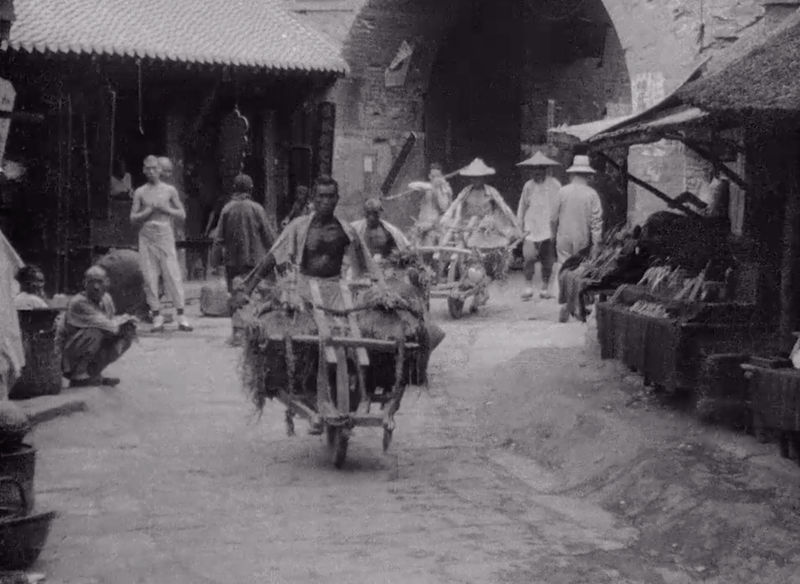 Both of those also feature the near universal constant in these sorts of films of various bystanders unapologetically and unselfconsciously watching the camera, which is another thing I always really like. (Nowadays all you get is studied indifference or reflexive performance).

This camera watching is mostly absent in the river scene, sadly, although there’s a bit of it halfway through. Maybe they’re too busy working to stare.

Or maybe they’re just watching the boats, because they’re beautiful. 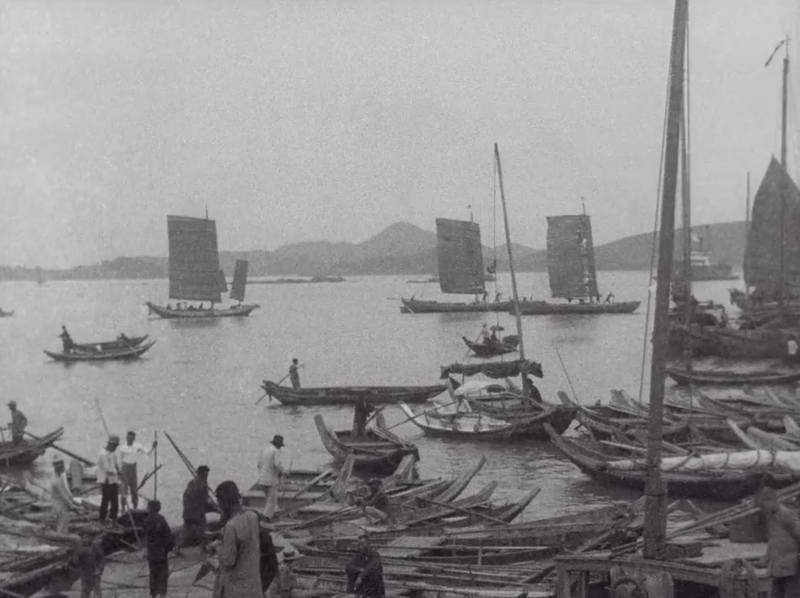 I could look at them all day.

1. I watched all these on the BFI Player, as usual: Tai-ani: The West Gate; Foo-chow, China; River Scenery China.

2. As I’ve said, I really like minute long shots of anything, pretty much.

3. Somehow, I doubt anyone will be watching any of mine a hundred years from now, though.

4. Unless for some reason my account on youtube is the only surviving artefact of our mysteriously lost civilisation.