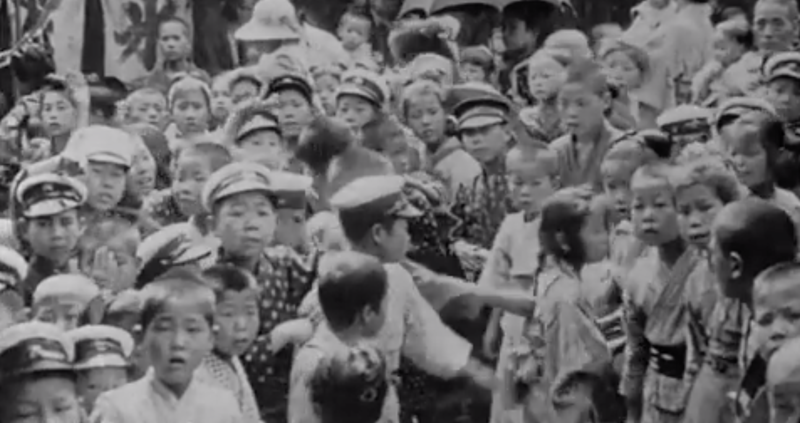 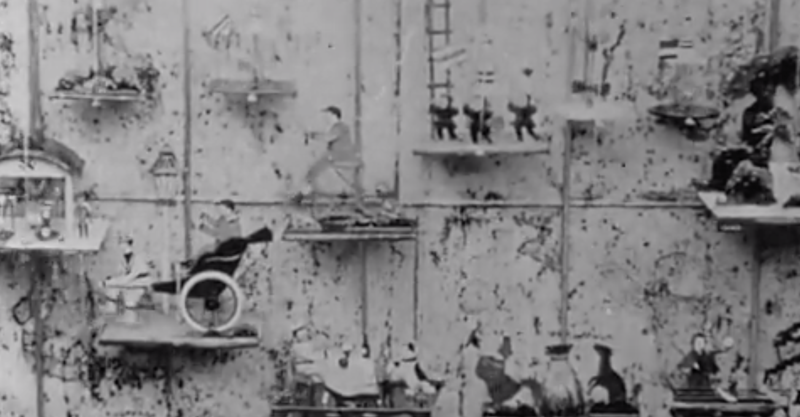 Smashing Barriers was originally a 15-episode adventure serial, where a sawmill owner and her impossibly boring boyfriend try to escape the attentions of an outlaw and his band of ruffians.

Directed by and starring William Duncan in 1919, these episodes (the plotting of which was described at the time as “incomprehensibly convoluted”) were eventually condensed down to a single movie a few years later, and then even further into this short film in the 1930s, for sale as a home movie.

It’s this ultra-condensed version which survives, the originals all having been lost.

The surviving film is only ten minutes long. Yet there’s time enough for rescuing a damsel in distress from a burning building, out of control carts careering down a hill, an improvised zipwire escape, someone leaping off a cliff into the waters below, people randomly fire guns, and more. The picture above is basically straight out of Raiders Of The Lost Ark.

Even though this was presumably all deeply generic at the time (100 years ago!) it’s sort of wonderful how much of the action here is still used repeatedly in everything right now. And for another hundred years yet, too, I expect, unless there’s some sort of catastrophic outbreak of originality just round the corner.

And no one wants that. We’d all be terrified.

I then watched Auntie’s Portrait, a not-especially comedic farce filmed in 1915, and made by the same company as Smashing Barriers, The Vitagraph Company Of America.

This too is deeply generic in almost every way, so much so that I can’t really think of anything to say about it. I wouldn’t have bothered reviewing at all, really, but there’s a nice fourth-wall breaking dog at the start, so I’ve decided to include it here so I’ve got an excuse to post a picture of its cheeky little face.

1. I watched Smashing Barriers on amazon prime, where it appears to be one of about five silent movies in their entire catalogue

2. Although with amazon’s, let’s say, incomprehensibly convoluted search function, for all I know there’s actually billions.

3. I watched Auntie’s Portrait on the Harpodeon website, where it’s free for a week.