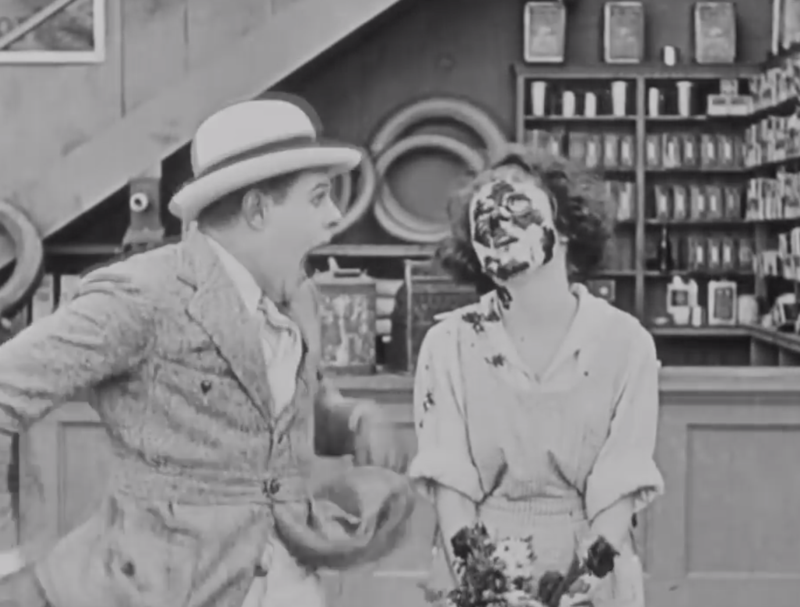 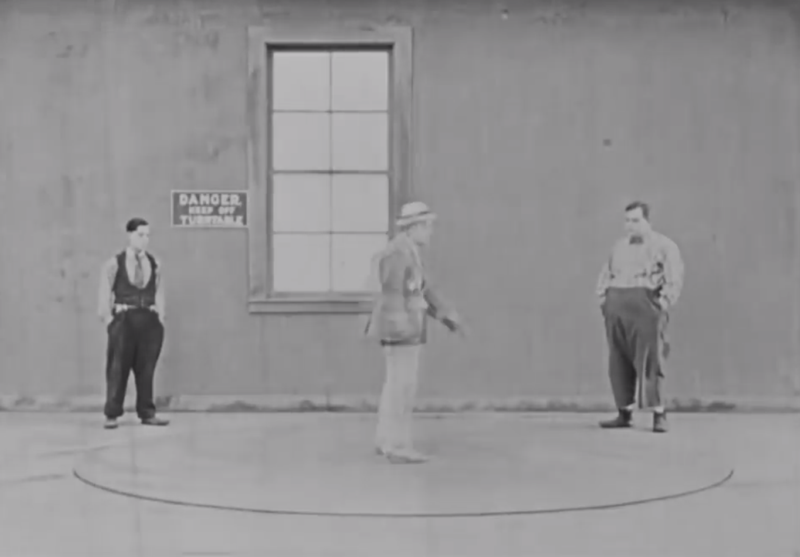 The Bell Boy is the seventh Fatty Arbuckle/Buster Keaton collaboration (or at least the seventh surviving one), and probably the best yet, in which the pair of them play Bell Boys at a dysfunctional hotel. 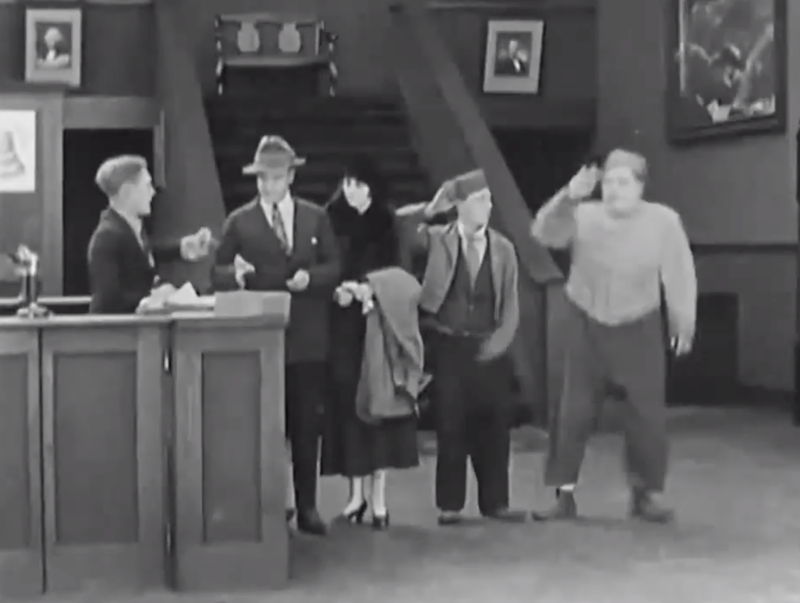 The plot of this is basically that Fatty Arbuckle is utterly bored at work and decides to piss around. It’s a pretty good plot, to be honest, and beats the usual Fatty Arbuckle storyline, where he’s just relentlessly unpleasant for 20 minutes for reasons I find difficult to discern. 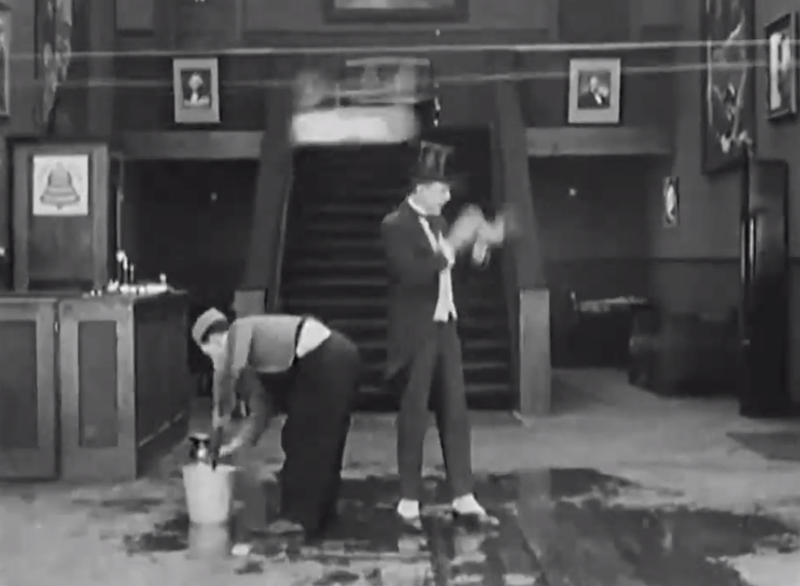 It’s also an almost non-stop cavalcade of jokes (including an incredible window cleaning gag from Buster Keaton), with a nice line in slightly surreal humour, and some good use of pulleys and contraptions too, which I always like (though nothing on the scale of the stuff Buster Keaton contrives in The Scarecrow) 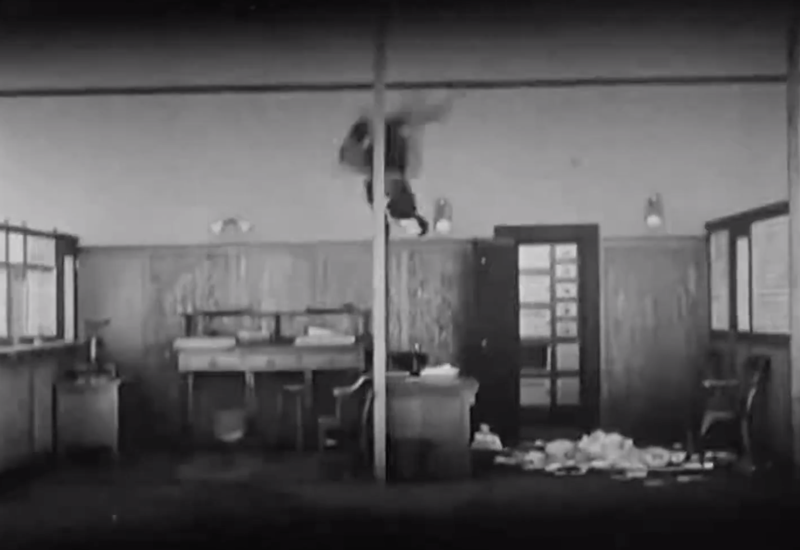 Towards the end, they run out of hotel jokes and stage a bank robbery instead, presumably so Buster Keaton can show off his incredible range of acrobatic skills. There’s a five minute fight, followed by a motorbike chase, and a runaway tram. It’s pretty exciting. 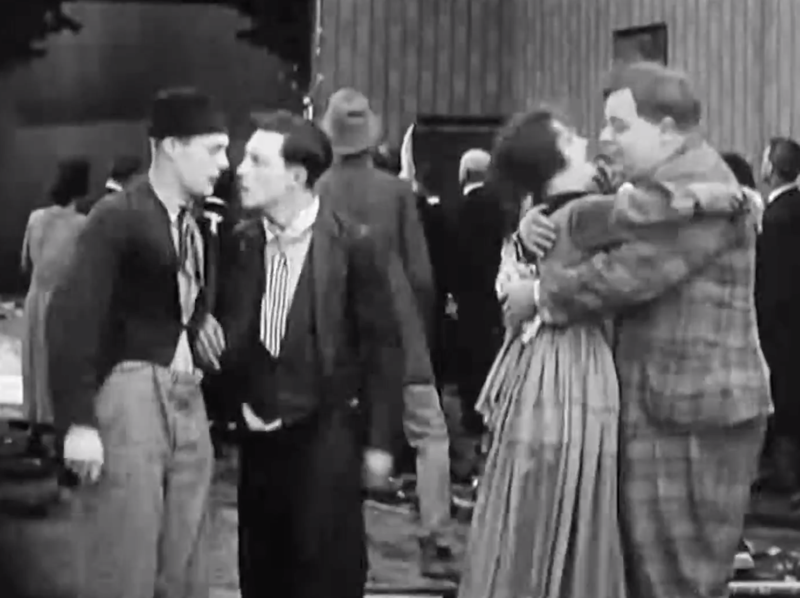 1. I watched this on blu-ray yet again. The stills are captured from this youtube version.

2. I liked this one a lot, although it’s still probably only the third best hotel based silent film I’ve watched this year, after these two wondrous marvels.

3. This one also has a (very short) stop-motion sequence (I think), so keeps up the hotel/animation theme of The Electric Hotel and Hotel Electrique, even if only for about a second.

4. Also there’s a shaving scene, but rather than being pretty delightful, like the one in Hotel Electrique, this one is just utterly interminable.

5. And probably the only part of this I actually disliked.

6. This might also be the first Fatty Arbuckle film I’ve watched where he’s not just an absolute arsehole.

7. Which makes a nice change of pace.

8. And also the scene where he and his girlfriend drive around in a car for a bit reminded me of this bit from the new Twin Peaks for some reason. 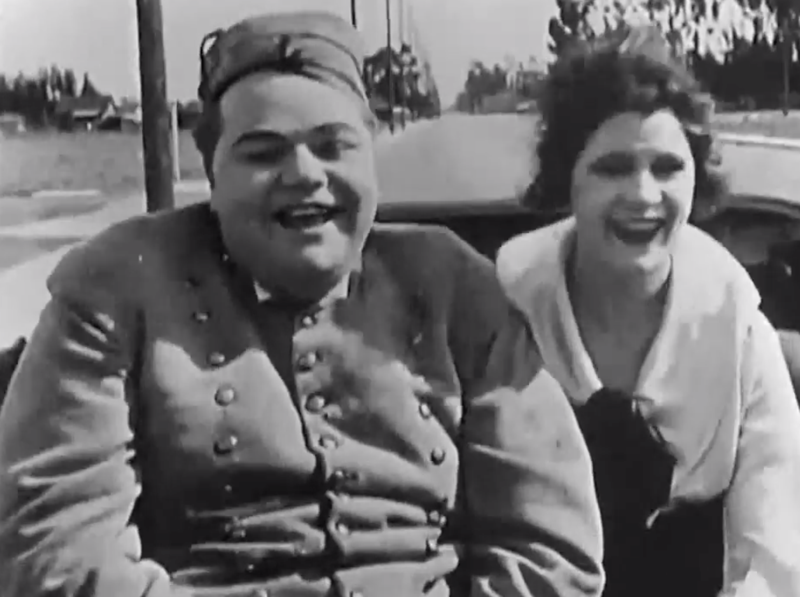 10. (This one also had a brief shot of a dog in it but it wasn’t Luke the Dog at all unfortunately it was some other dog entirely)