In Good Night, Nurse!, Fatty Arbuckle is drunk. That’s about it. 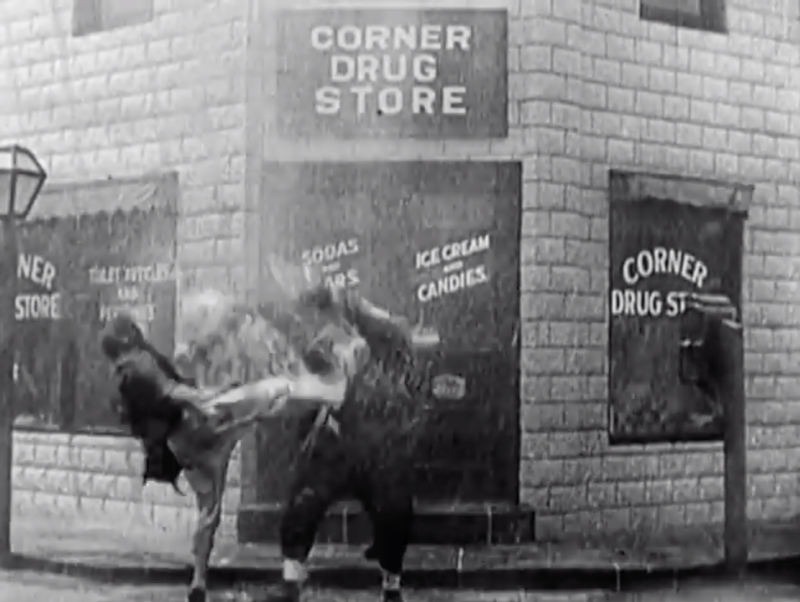 The first five minutes of this involve a drunken Fatty Arbuckle trying to light a cigarette in the pouring rain. A woman kicks him in the face at one point.

This is as good as it gets. 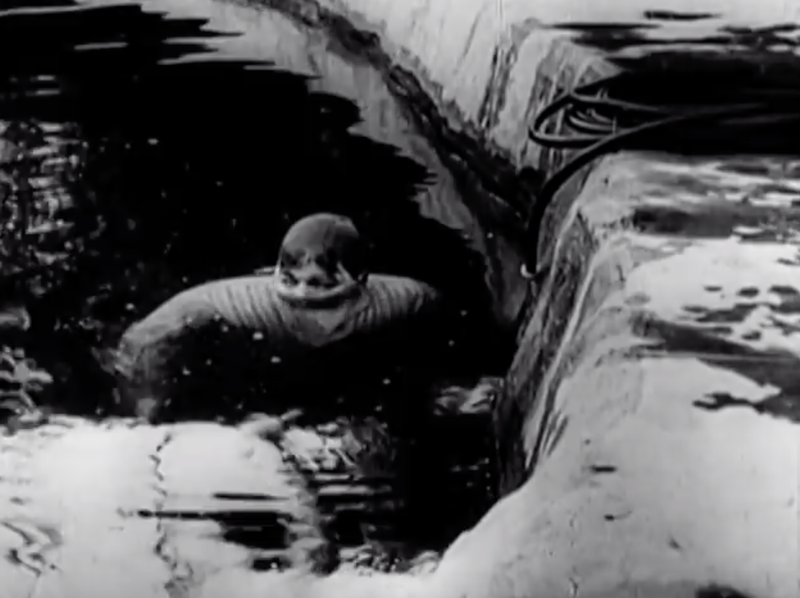 The rest of the film involves Fatty Arbuckle being sectioned and operated on to cure him of his alcoholism. It’s an unfunny mess, really

1. I watched this on blu-ray again, and took the screenshots from here.

2. I found this genuinely distressing.

4. Although a pillow fight resulting in a the sudden wave of feathers following Fatty down the hall like the blood gushing from the lift in The Shining looked quite nice. 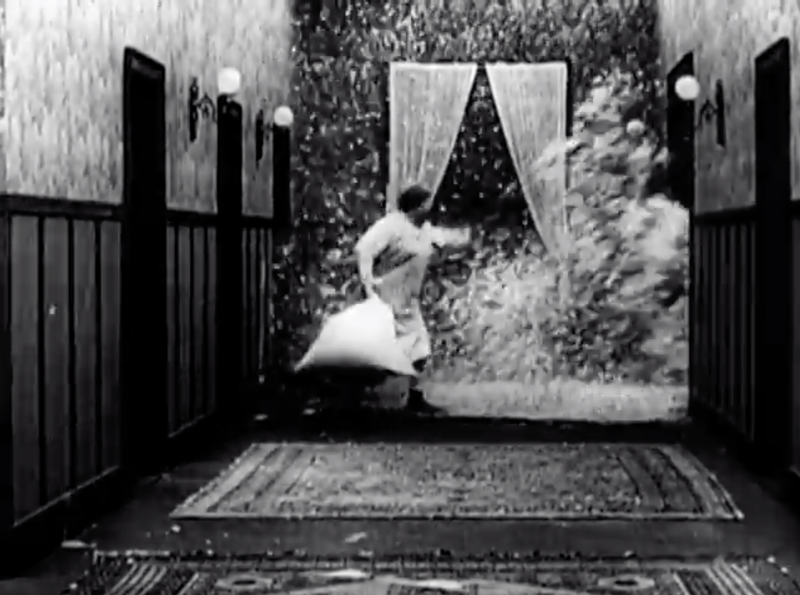