Cops is yet another Buster Keaton short from 1922, in which, after a series of comedic mishaps, Buster Keaton will be chased by every policeman in the city. 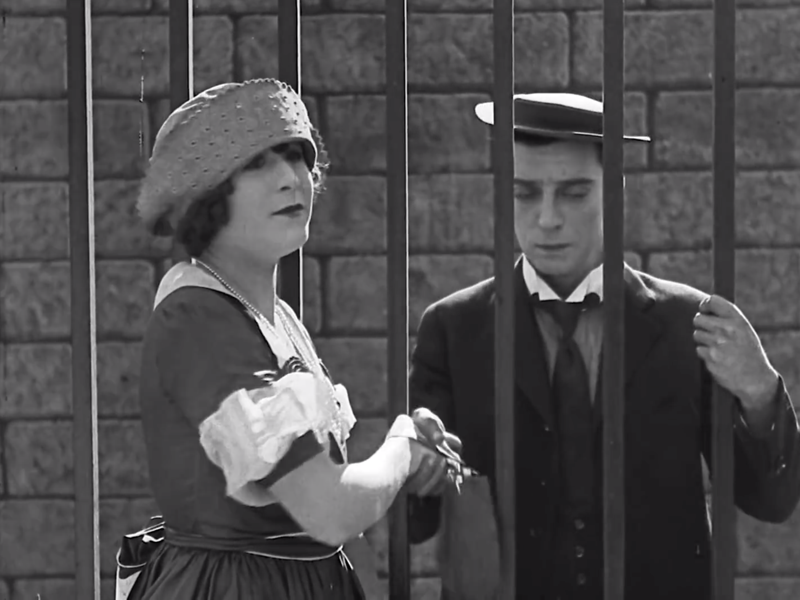 This one is very odd. There’s almost 8 whole minutes, I think, of Buster riding a horse drawn cart very slowly around New York before we get to the madcap chase scene at the end. Buster’s accidental crimes involve pickpocketing, theft, and blowing up half the policemen in New York. And at the end, because he’s failed to convince his love to marry him, it’s heavily implied he commits suicide by cop.

It’s great, but definitely pretty weird, all in all. 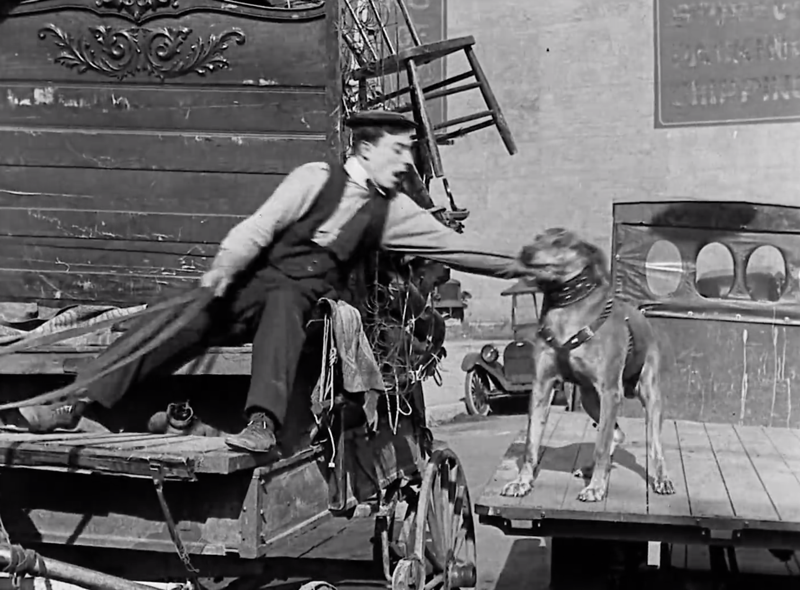 1. I watched this on blu-ray again. The screenshots are from this youtube version.

2. I’ve had some sort of mild flu all week, and maybe that contributed to this all feeling like a weird and unsettling fever dream at some points.

3. Also I love Buster Keaton’s commitment to using some of his most amazing stunts as almost easily missable throwaway jokes at the ends of scenes, such as his parachuting off a cliff with a blanket in The Paleface yesterday.

4. And then this astonishing escape towards the end of this one. 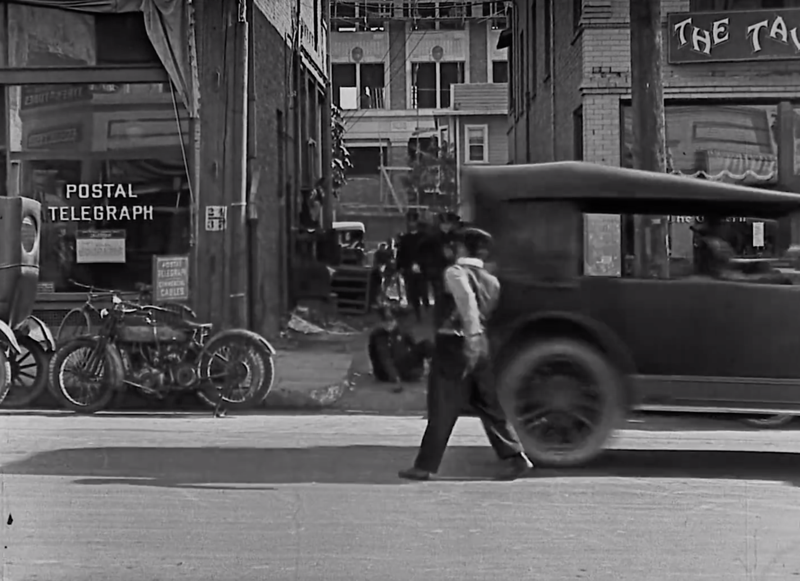 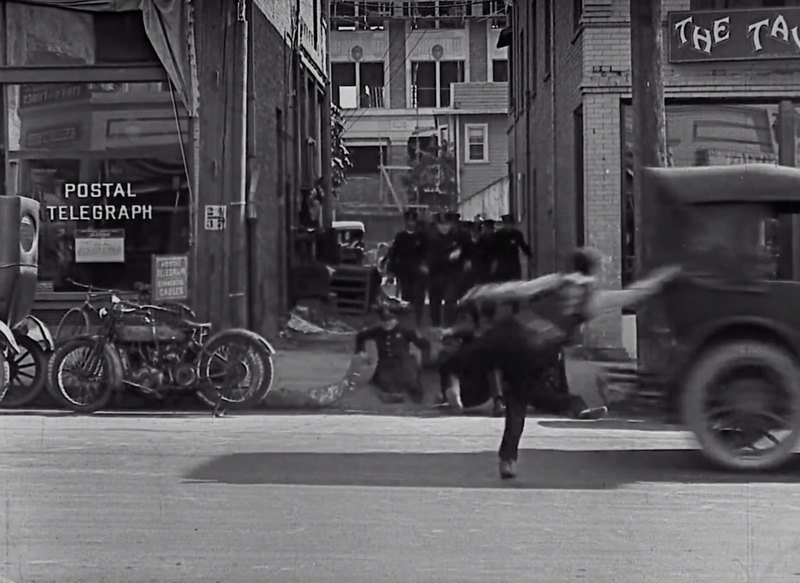