In Back Stage, Fatty Arbuckle and Buster Keaton play the stage hands at a theatre. After spending the first half of the film meeting (and alienating) the various performers, they end up having to put on the show themselves, with fairly predictably disastrous results. 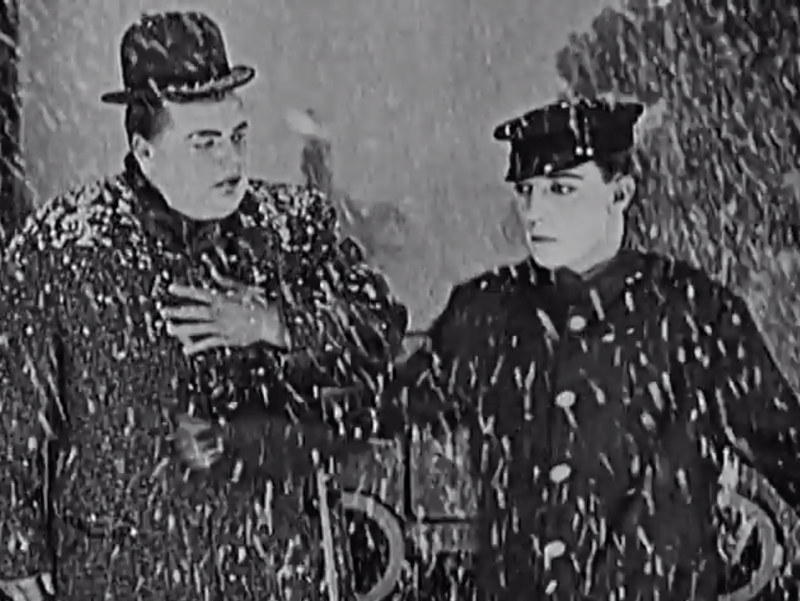 Most of these Fatty Arbuckle/Buster Keaton films seem to oscillate between either being wildly terrible or wildly brilliant, but this one sits somewhere in the middle, really. There’s lots of good sight gags, quite a bit of dancing, and a fairly long fight at the end, but it never hits the highs of their best stuff, unfortunately, while neverbeing egregiously terrible either.

It’s perfectly fine but you wouldn’t exactly miss it if you’d never seen it. 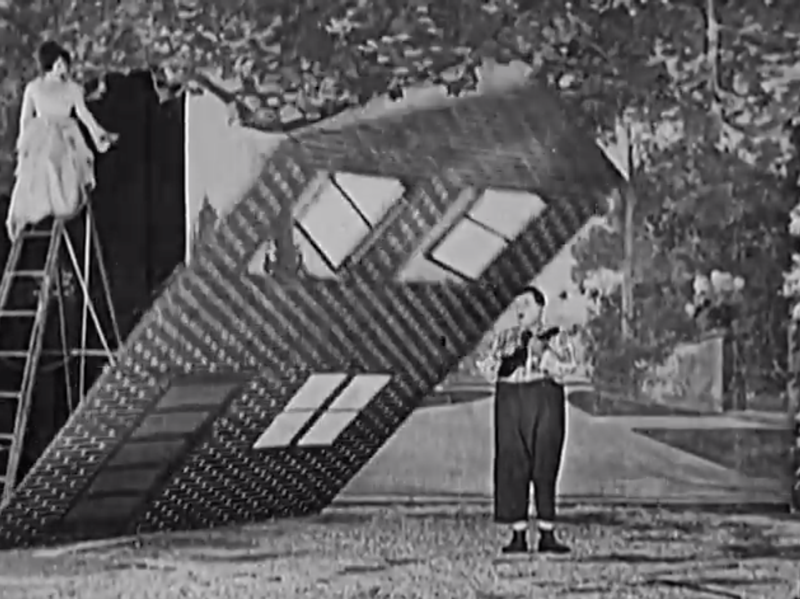 1. I watched this on blu-ray again. The screenshots here are from this youtube version (which is also the same version that’s on the disc).

2. This features an early version (perhaps the first version) of the famous house wall falling down stunt, though, as also seen in One Week and (most famously) Steamboat Bill Jr.

3. Although as that’s from 1928 it’s beyond the scope of this website for a good few years still.

4. Keeping up the theme of my notes on the One Week review there, I am still seeing instances of this gag backwards through time.

5. I hope there is a 19th century version of it somewhere lurking around for me to find.