In Daydreams, Buster Keaton must prove he’s man enough to marry a woman by taken on a series of jobs and showing her father he’s not too poor to provide for his wife to be. 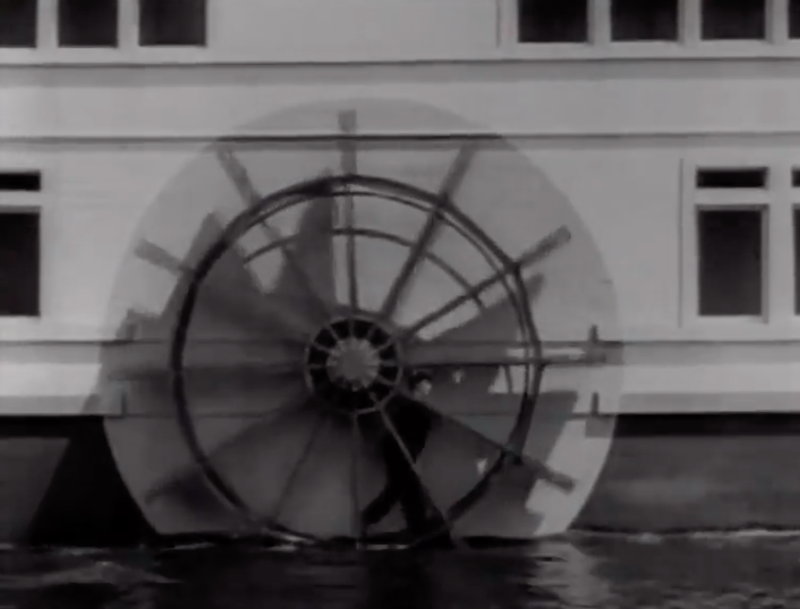 The central framing of this film is that Buster, in his quest to actually hold down a job, writes letters home to his girlfriend telling her what he’s doing now. She then daydreams Buster being incredibly successful for a few seconds, before we get an extended sequence of Buster’s complete incompetence. Poor Buster.

This leads us to a series of vaguely related sketches in which Buster is a bad vet, a bad street cleaner, a bad actor, and finally a bad fugitive from the law, which I’m not sure is a job, exactly, but does mean we can get the obligatory Buster vs Cops chase scene to finish off the film (which here includes both an excellent surprise attack on a tram, and a wonderful sequence where he gets stuck on the paddlewheel of a steamboat).

The ending is surprisingly dark, too, with Buster being forced to commit suicide for his failures by his fiance’s father. Poor Buster indeed. 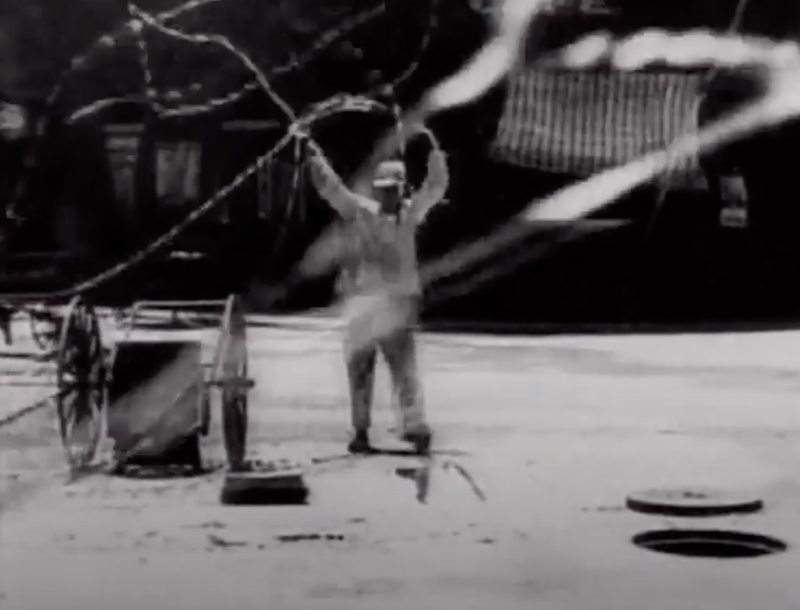 1. I watched this on blu-ray, and grabbed the stills from this youtube version.

2. The restored version on the blu-ray is missing the first two daydreams of Buster in his job, which that youtube version has.

3. Although only as stills.

4. The restored version has a few extra minutes of stuff through the rest of it though.

5. Including a much longer paddle wheel section.

6. Which is wholly amazing and wonderful.

7. So if you can find a 24 minute version of this elsewhere you should watch that one.

8. In the hope that that bit’s all in there.

9. Also this is at least the second Buster Keaton film I’ve seen where he’s arrested for wearing a skirt (or maybe for not wearing pants, who knows)

11. Or just one of Buster’s greatest fears.

12. This film also contains the most astonishing dog I have ever seen.

13. As shown in the picture below. 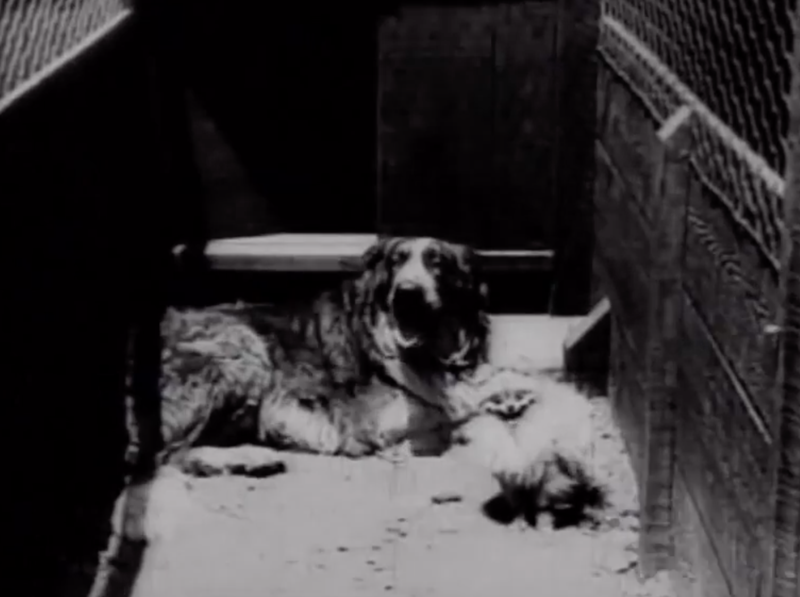 14. I think that dog later appeared as an extra in The Dark Crystal