Manufacture Of Stilton Cheese is a short look at the process of making cheese, filmed in 1920 by Charles Urban, who was a fairly important figure in the history of British film, especially in documentary and educational film-making. 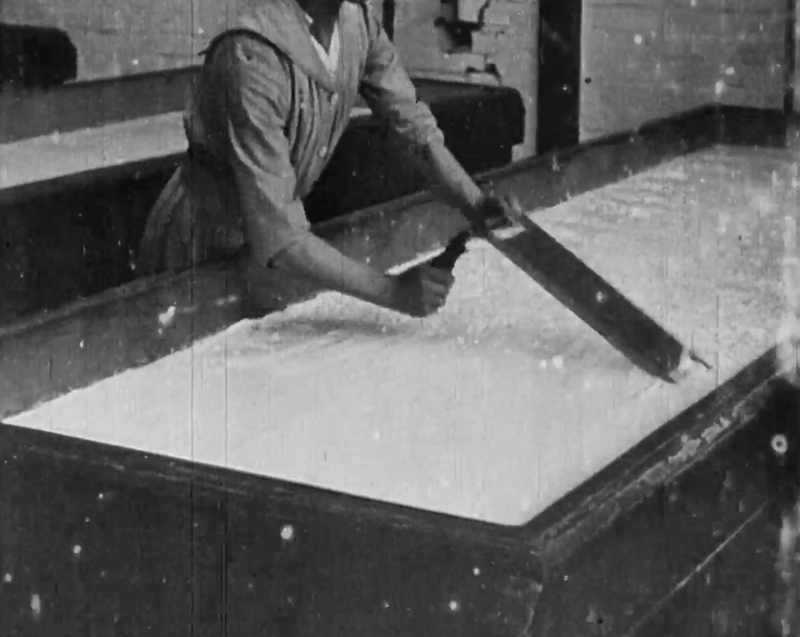 Manufacture Of Stilton Cheese itself is fairly unremarkable, unless you like watching films of industrial processes (which I do), in which case it’s wonderful. I especially like the scene where the huge rolls of cheese are dressed in their muslin rags, which I found quite beautiful, and oddly funereal. 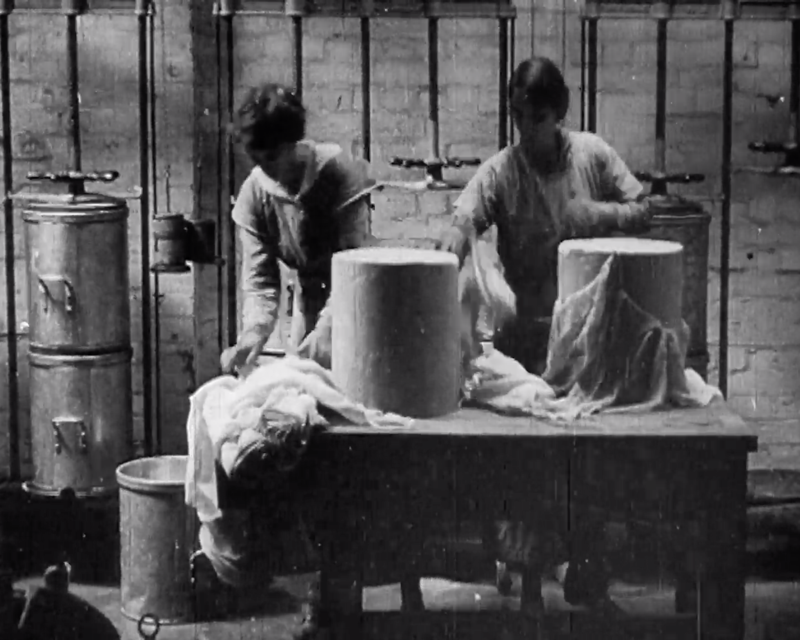 The main reason I’m reviewing it, though, is it led me to another film about cheese, made by Charles Urban (and F. Martin Duncan, who also plays the man with a magnifying glass in the picture below) in 1903, almost 20 years before.

The wonderful Cheese Mites was part of a series of ground-breaking (and incredibly popular) educational films which used microscopic photography to show the absolute horrors lurking all around us, just out of sight. 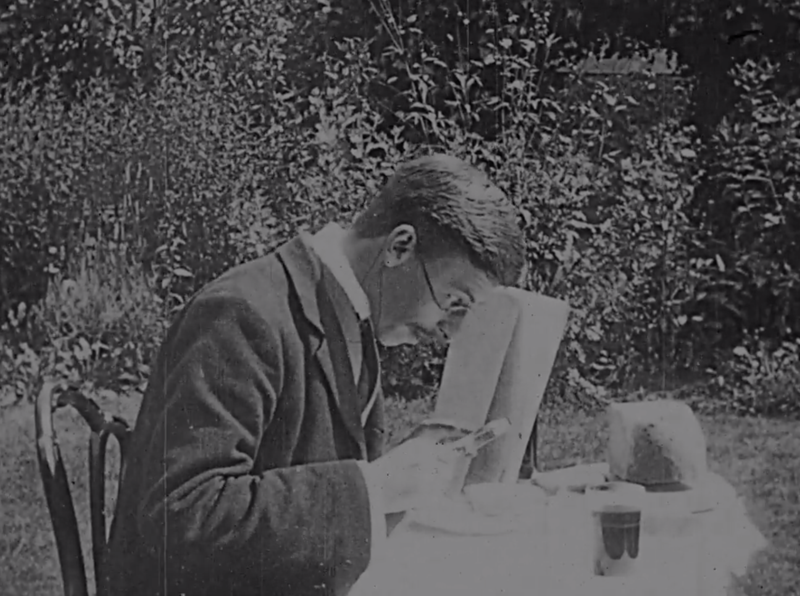 The scenes of the cheese mites crawling across the lens are pleasantly revolting, and still just as creepily unsettling (or not, depending on the strength of your constitution) now as they undoubtedly were then. (I don’t know if the horror of this was so great it took Charles Urban fully 17 years to recover the strength to ever film any cheese again, but I’m going to assume so.) 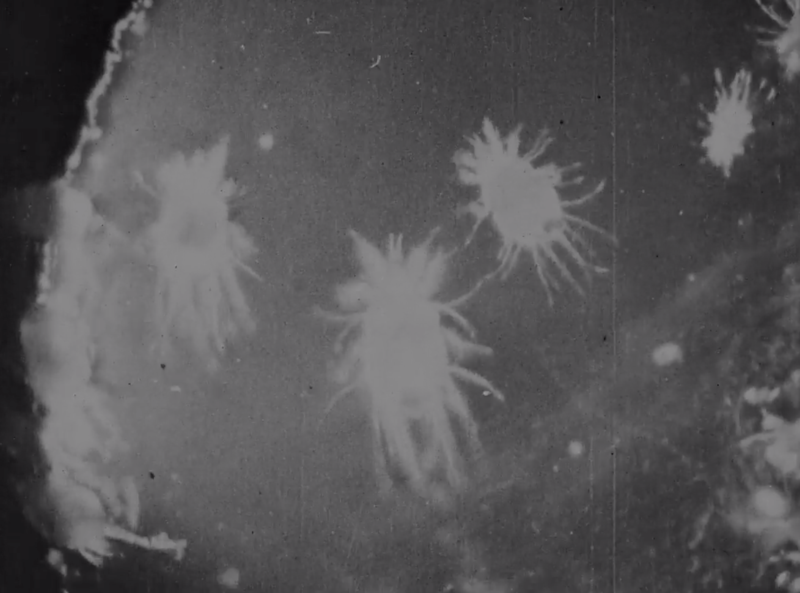 The Unseen World series was so popular they played for almost a year at the cinema in London. They also inspired The Unclean World, a parodic remake of Cheese Mites directed by Percy Stow later that year. 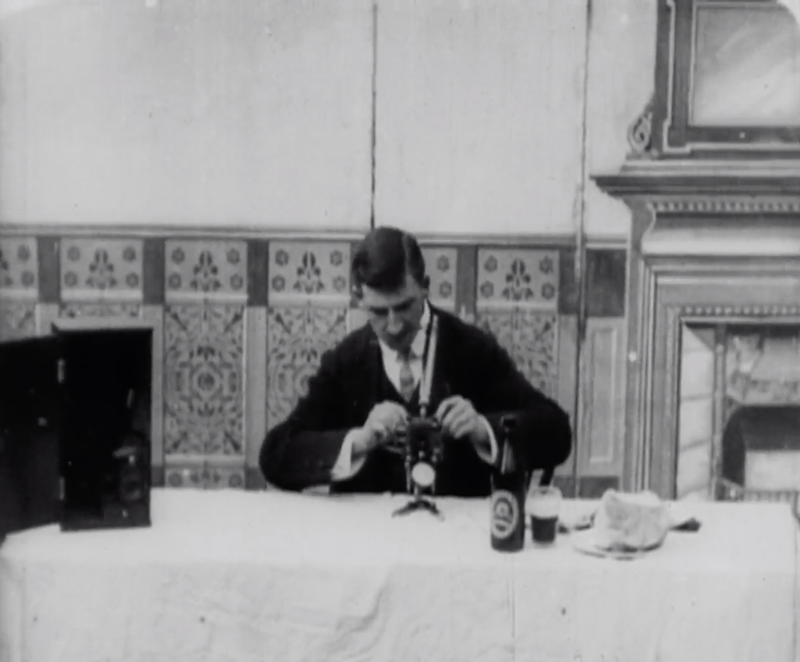 The format of the film is identical to Cheese Mites, building up to a charming punchline which I liked a lot (and which is spoiled behind this link here, if you can’t watch the film itself for some reason but still want to see the end).

And that’s everything I know about 100 year old cheese.

1. I watched all of these on the BFI Player – Manufacture Of Stilton Cheese; Cheese Mites; The Unclean World.

2. Other titles in The Unseen World series, alongside Cheese Mites, were Circulation of Blood in a Frog’s Foot, and Red Sludge Worms

3. Although quite disappointingly I haven’t been able to find them anywhere yet.