Nanook of The North is a documentary film, directed by Robert J. Flaherty in 1922, about the Inuit hunter Nanook and his family living in the Arctic north of Canada. 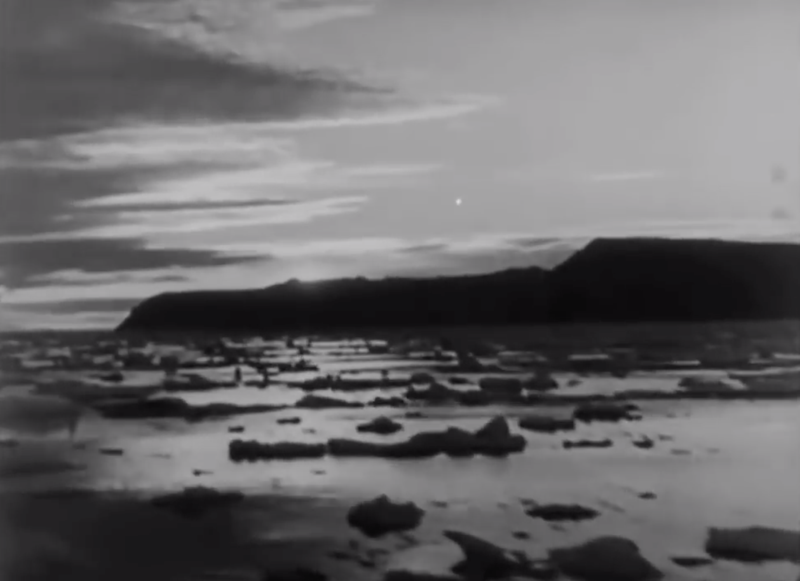 Considered a groundbreaking feat of film making at the time, Nanook Of The North follows “Nanook” and his family through what is presented as a few typical days/weeks in the life of a small family group of Inuit hunters. Bookended with starkly beautiful shots of the Arctic wilderness, in between we get to see them trade and hunt, eat and play, build igloos and pet dogs. 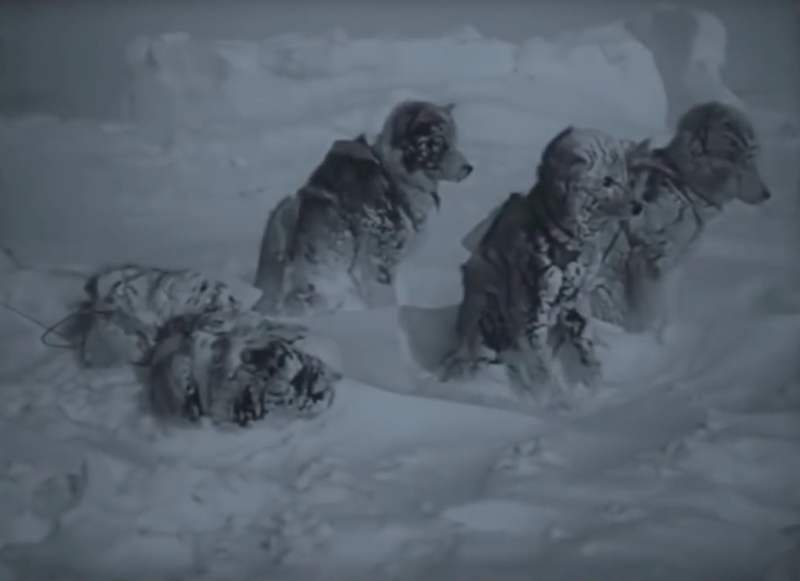 A lot of this isn’t “real” as such, (according to this wikipedia article, several scenes were staged, and anything considered too modern was left out of the film), but it’s certainly effective, creating an evocative image of enduring family solidarity in the face of the unforgiving bleakness of Arctic desolation. 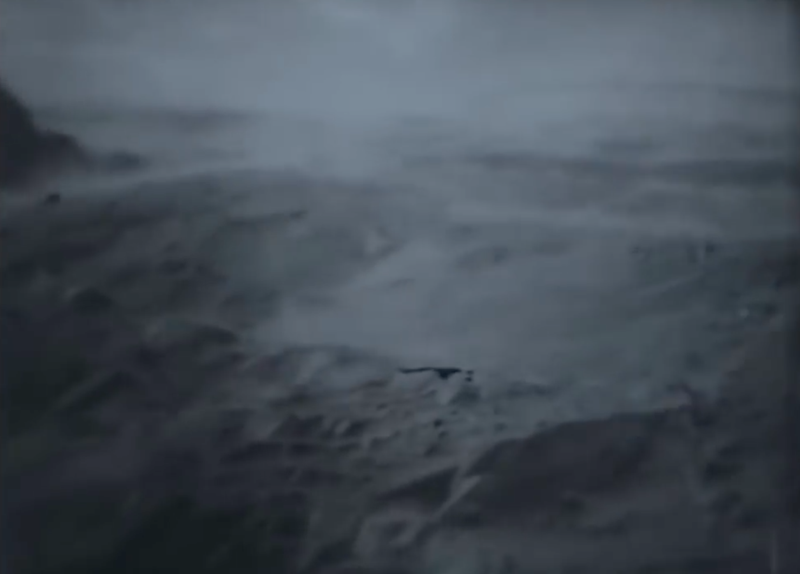 (These duplicitous techniques are still used now, obviously, in everything from nature documentaries to news footage. I remember going to the Olympics in 2012, and while sat in front of one of the screens in the Olympic park, TV crews went up and down the line handing out Rebecca Adlington and Andy Murray masks to small groups of bystanders, filmed these supers fans spontaneously and vociferously supporting their heroes, then went back down the line and took their masks back. The bastards.)

1. I watched this on Mubi, but grabbed the screenshots from youtube.

2. The Mubi version was a 1998 restoration with a soundtrack by Timothy Brock.

3. But apart from that I think it’s basically the same as that youtube version.

4. This film contains a lot of animal death (seals, walruses, fish, a fox), by the way.

5. So maybe give it a miss if you’re of a sensitive disposition.

7. Prone to imagining you’re some poor old walrus bellowing in confusion and fear as you get harpooned to death in the waves.