In My Wife’s Relations, Buster Keaton plays an effete taffy salesman who accidentally marries into a family of burly working class sorts. Misunderstandings and mayhem ensue. 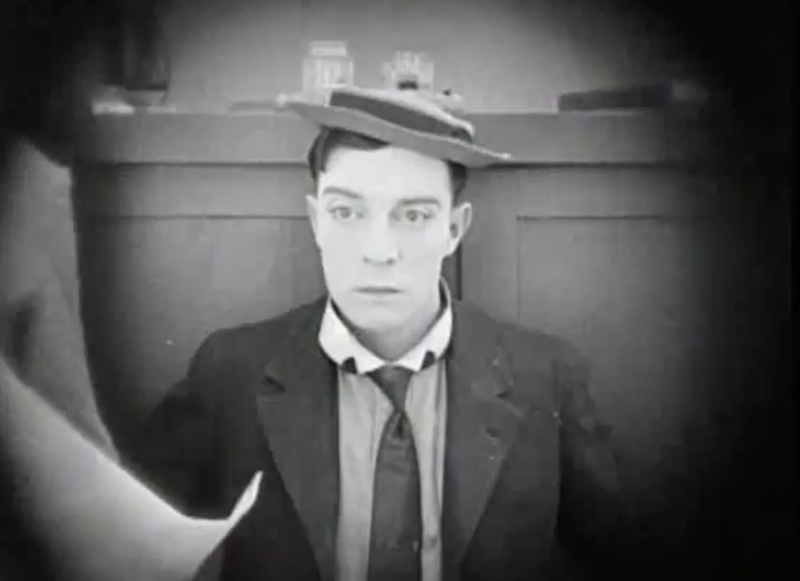 I can’t say I particularly enjoyed this one. Comedies of manners aren’t exactly my thing, especially when they’re comedies of manners 100 years and 10000 miles away from any I really understand (what even is taffy?). But Buster has a consistently excellent series of exasperated expressions, there’s a pretty great dinner scene, and the restored ending is marvellous, with a perfectly staged escape from five floors up via numerous window awnings all the way to the ground, so it’s not an entirely wasted watch by any means. 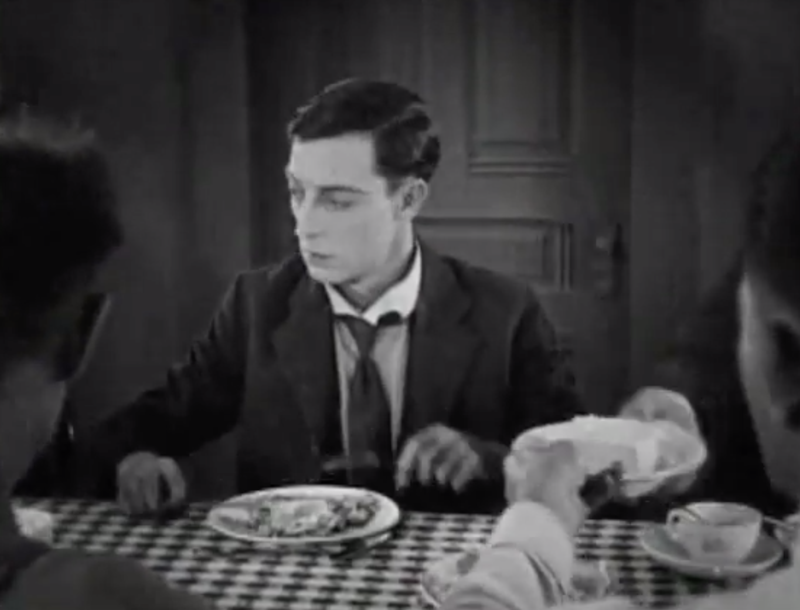 1. I watched this on blu-ray, and got the screenshots from this youtube version.

2. None of the youtube versions seem to have the restored ending, so I couldn’t get a shot of my favourite scene.

3. But it was pretty good I promise.