Every March, after the thaw, the river that runs through the valley bursts its banks.

And in the fields to the north the dead bodies emerge from beneath the snow: rodents, rabbits, hares; pigeons, sparrows, starlings, crows; a fox, a cat, a dog; a drunk, a suicide; an unidentified child. 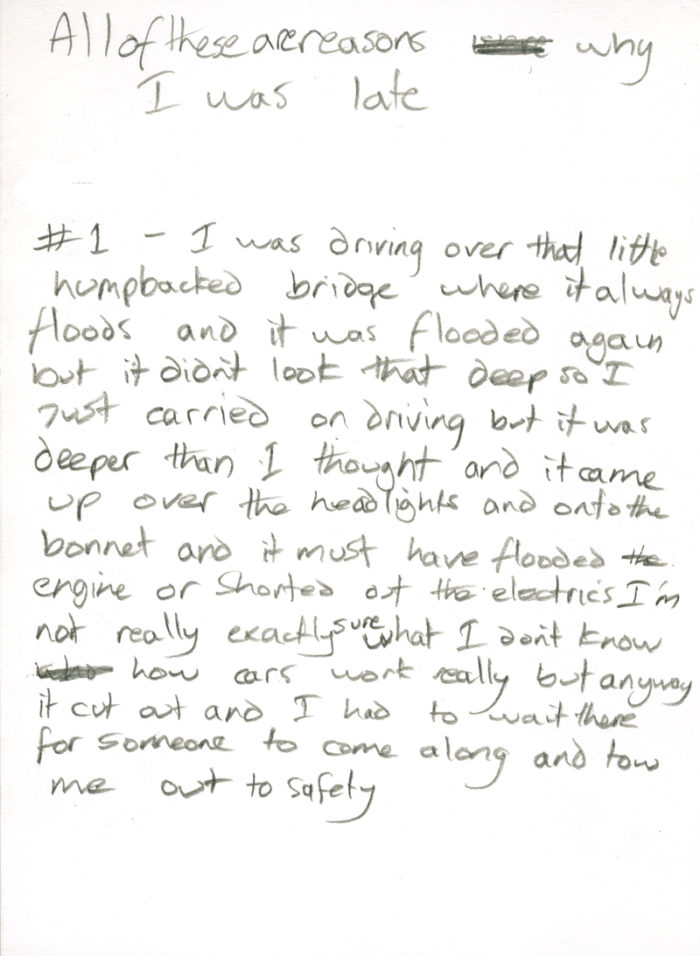 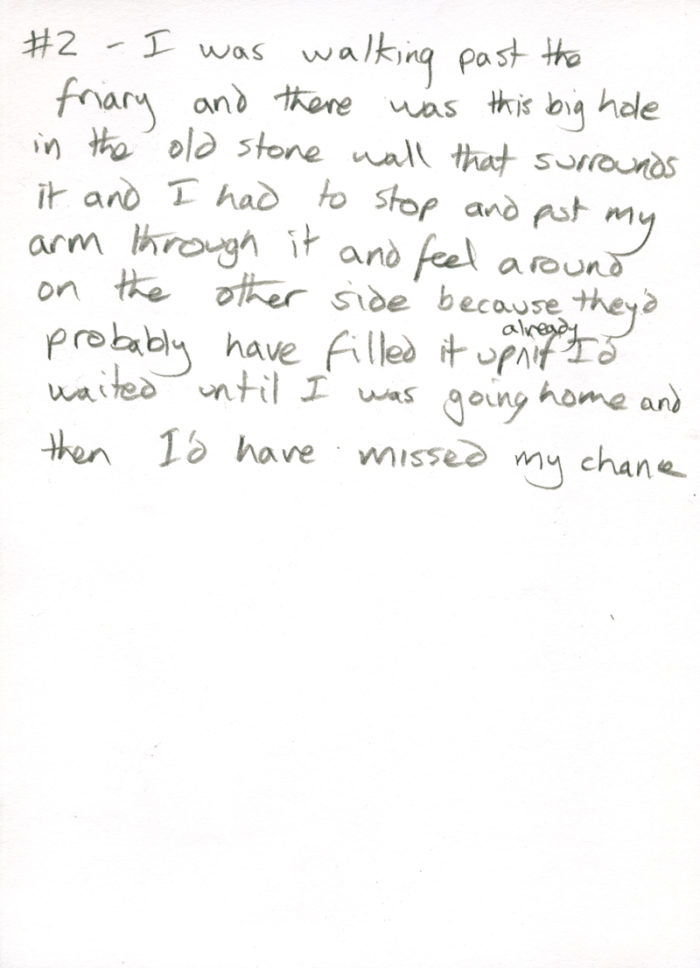 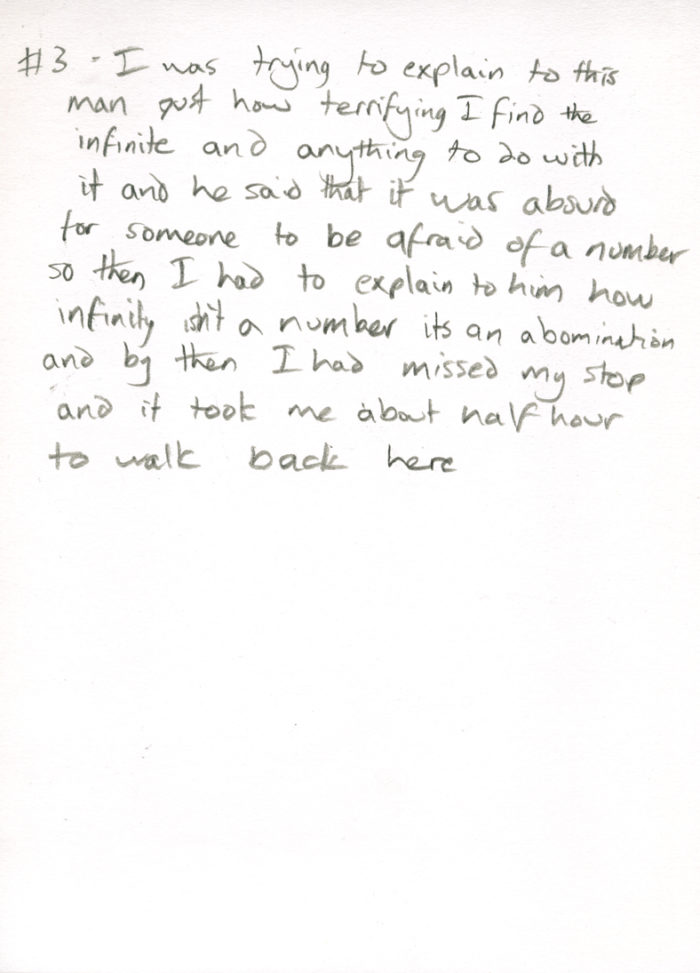 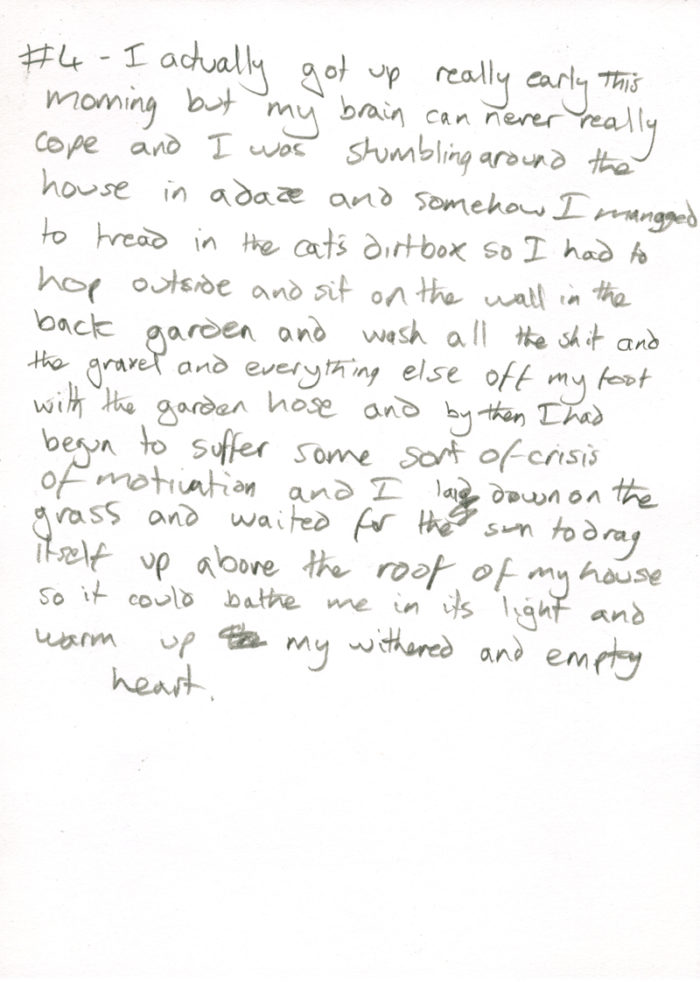 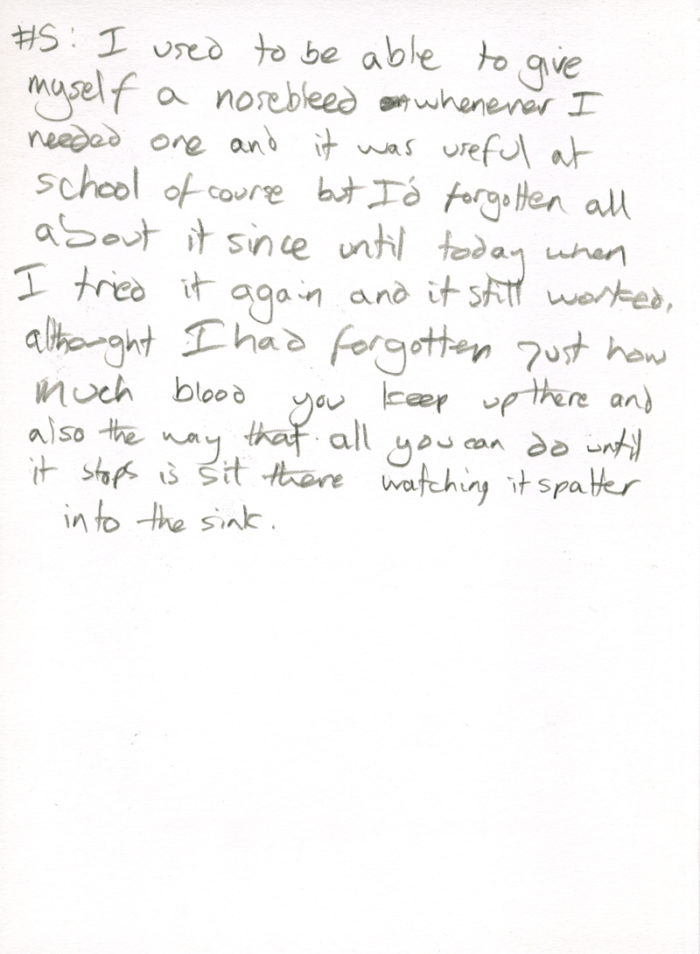 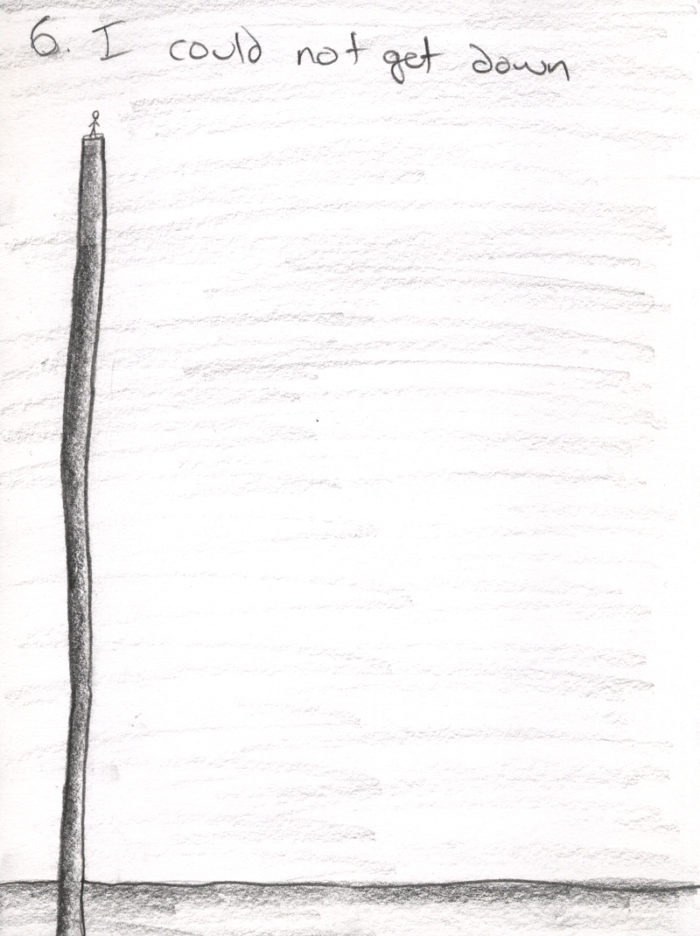 The earliest it can be when as many women as men have won Best Director at the Oscars is 2111. [4]

The earliest it can be when as many women as men have won Best Director at the BAFTAs is 2068. [5]

The earliest it can be when as many women as men have won the Nobel Prize for Literature is 2104. [6]

The earliest it can be when as many women as men have won the Pulitzer Prize for Fiction is 2050. [7]

The earliest it can be when as many women as men have won the Booker Prize for Fiction is 2035. [8]

The earliest it can be when as many women as men have won the Turner Prize for Visual Art is 2034. [9]

The earliest it can be when as many women as men have won the BBC Sports Personality Of The Year award is 2058. [10]

The earliest it can be when women have been president of the USA for as long as men have is 2252. [11]

The earliest it can be when women have been Prime Minister of Britain for as long as men have is 2289. [12]

1. This was written in January 2019, so facts are correct for then (except for any mistakes I’ve made, of which there are probably many).
2. I was going to make a thing that auto-updated these dates each year but it was too hard, so I gave up.
3. Below follow some clarifying notes on the items above.

4. There were no women nominated for Best Director at this year’s Academy Award (which was the catalyst for this list). Although this year’s Oscars is the 91st edition, there’s actually been 94 different winners (including whoever wins it this year), only 1 of whom has been a woman (Kathryn Bigelow in 2009). At the first Academy Awards in 1928, two different directors won, because they had two different film categories (Serious Films, and Not Serious Films), and in 1961 and 2007, two different directors won because the films were co-directed (West Side Story in 1961, and No Country For Old Men in 2007). But for this list I’m assuming one winner per year from now on, ignoring the possibility of joint directors, ties, etc, because otherwise you could just say the earliest is next year and be done with it and then what’s the point of even talking. (In the ten years since Kathryn Bigelow won best director, of the 50 directors nominated for this award one has been a woman – Great Gerwig for Lady Bird. Meanwhile, David O. Russell has been nominated three times in those ten years.)

5. BAFTAs for best direction have been awarded since 1968. Depending on whether you count Fargo as having been directed by just Joel Coen or by Ethan Coen as well (The BAFTAs only gave it to Joel Coen, there have been either 51 or 52 winners of this. All but 1 have been men (Kathryn Bigelow for The Hurt Locker again being the only exception). For this list, I’ve counted it as 51 (and again, I’ve assumed just one winner per year from now on). This years nominations include no women, mirroring the Oscars.

6. There’s been a 100 men and 14 women who have won the Nobel Prize for Literature. Although there’s been a number of times multiple authors have been awarded in the same year (there were 2 winners in 1904, 1917, 1966, and 1974), I’m again assuming just a single winner per year (and anyway it’s more common to have no winner than multiple winners in any given year).

7. The first Pulitzer Prize was awarded in 1918. There have been 92 winners of the award since then – 62 men, 30 women. Interestingly, the actual answer to the earliest when was various times between 1924 and 1943. 12 out of the first 23 winners were women, after which the next 15 winners were men, with no woman winning the prize again until Harper Lee in 1961.

9. The Turner Prize is an annual award given to viusal artists in the United Kingdom. It’s been running since 1984, and there have been 35 winners – 25 men (including both Gilbert and George in the year they when they won it), 9 women, and the art collective Assemble, which has an indeterminate number of ever-changing members, which really messes up any possible calculations for this. You can always rely on artists to cause a right old mess. So to cope with this I’ve just ignored them, and also assumed just a single winner from now on each year. Please don’t hate me. (As an aside, the last three winners have all been women – Helen Marten, Lubaina Himid, and Charlotte Prodger.)

10. The BBC Sports Personality of the Year award has been running since 1954, and is awarded by public vote (at least it is now, I don’t know if it originally was). There have been 66 winners in 65 years (Torvill and Dean won it together in 1984). Of these 66 winners, 13 have been women, the last being Zara Phillips in 2006.

11. I’m assuming Donald Trump will be president until the end of his current term at least, rather than being immediately impeached, along with everyone else in his administration, and replaced by, I don’t know, Nancy Pelosi or someone.

12. I’m counting from 1721 here, although it’s not until about 100 years after that that the term came into use. In those 300 years, there have been just over 14 where the Prime Minister has been a woman (Margaret Thatcher between 1979 and 1990, and Theresa May since 2016). You can add on anywhere between 500 and 1000 years to the date quoted in the post if you want to get into the various different forms of leaders of parliament, government, etc, immediately beneath the monarch, for all the various countries of the present kingdom, but rather than a list this’d turn into a branching tree of hellish density and complexity.

13. In the 1132 years since Alfred The Great took the throne, there have been 918 years of Kings, 203 years of Queens, and 11 years of Cromwells. There’s also been a few years of overlapping/competing monarchs, but I haven’t counted them twice (this means I’ve had to leave out any time Empress Matilda potentially might have spent on the throne).

14. Any mistakes in these numbers are almost certainly mine (although they might be wikipedia’s).

15. If we do this again next year, it’s quite likely most of these dates will have shifted even further away (with the exception of the last two on the list), as every time one of these prizes is won by a man, it’ll take two subsequent years of women winning to get back even to this depressing distant schedule.