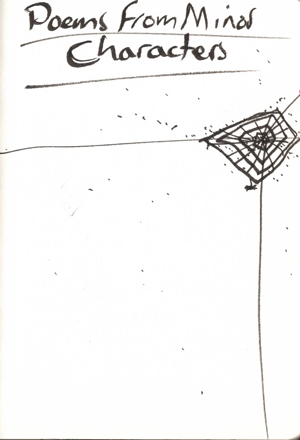 you cannot
you will not
ever
scare
me

My beard is like a tangled bush
filled with cobwebs
and bees
rotting fruit
and sparrow’s nests
crisp packets, carrier bags
and old coke cans
turned pink over time
by rain
and sun

I still remember sometimes my friends smoking menthol cigarettes when we were 14 or 15 or so. I don’t know exactly, but round about then. Walking through fields in the dark, sitting on the sea wall, or the swings in the park, the only light the fading glow of the town behind us and the flicker of cigarettes in their mouths, occasional match bursts of flame between cupped palms. Practised movements copied from older brothers, older sisters, older kids, parents, films.

“They make your lungs bleed, you know?”

That’s what I remember. Not who said it, not any discussion of the point, no disputes to its veracity. Just the claim that menthol cigarettes make your lungs bleed.

Not even the smell of the cigarettes remains now, the taste of the menthol, how it affected the smoke. My memories are visual, verbal. Non linear. Patchwork. Collage. Who knows how much of this is true, how many memories its stitched together from, how many lies I’ve told here that I no longer remember are lies.

“They make your lungs bleed, you know?”

Across the river, the nuclear power plant hums in the dark. Sound of boats in the distance, ropes slapping against metal masts in the winds and on the tides.

Sometimes I wonder if they still make menthol cigarettes. Think about buying some in the newsagents to see what the medical warnings might say.

Now this morning I woke to find the doors to the Palace had been opened, for the period of solitude was to begin, the date having been set for my Lord’s ascension to the throne. Here in his solitude, only upon his rising in the morning shall he speak, so as to recount to me his dreams of the night before.

Now to me did my Lord hand this pen, and the scrolls upon which I am to write, and though he was not yet permitted to speak, he said to me, “My dear Scribe, last night as I slept, I dreamt. And as I dreamt, I slept.” And then he took to the chambers of his solitude for a moment of rest, and lay down there to sleep…

The Dreams Of The Waiting Prince, Before The Occasion Of His Ascension, During The Period Of His Seclusion, In The High Palace Of Eternal Solitude, Above The Clouds Of The Empire’s Reality, Beneath The Many Moons Of The Empire’s Imagination is the story of a lifetime and the history of an empire told entirely in dreams. 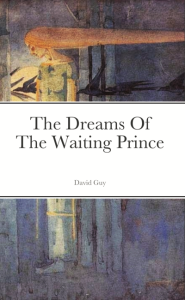 Written by David Guy, and with illustrations and artwork by Virginia Frances Sterrett (1900-1930) and Frances MacDonald (1873-1921), it is available to buy in a beautiful, fully illustrated, pocket book edition.

A PDF/ebook version is also available (with full colour illustrations) for free/pay what you want.

The One Hundred And Fifty Dreams Of The Waiting Prince 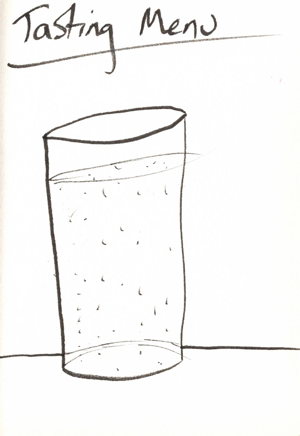 “This stuff tastes like flowers!”
“And perfume.”
“And shampoo.”
“And eyeballs.”
“Eyeballs?”
“Eyeballs.”
“I don’t think it tastes like eyeballs at all.”
“I don’t even know what eyeballs taste like.”
“Well then how do you know it doesn’t taste like eyeballs, Nanny?”
“How do you know it does taste like eyeballs?”
“Everyone knows what eyeballs tastes like.”
“I was a crow once. That’s how I know what eyeballs taste like.”
“You were never a crow, Daniel.”
“I was! I flew into a cloud and thunder came out.”
“Daniel was never a crow, Nanny.”
“He’s making it up to impress you.”
“Well, I certainly am impressed, Daniel. So, who wants another piece of Turkish Delight?”
“No.”
“No.”
“Definitely NO!”
“Yes.”
“He doesn’t, Nanny.”
“I do.”
“You don’t, Daniel.”
“You definitely don’t.”
“That’s how they get you, Daniel.”
“You’ll never escape!”

“You never ate these, Nanny.”
“We can’t believe anyone EVER ate these.”
“They’re not even food.”
“They’re weetabix, Nanny!”
“With butter on them!”
“And no milk!”
“I’m not finished yet. Look, next you sprinkle sugar on the butter like this…”
“Nanny, this is disgusting!”
“If Mum finds out you’re feeding us this she’s going to send you back to the moon!”
“Well, actually, this used to be your mother’s favourite, back when she was your age.”
“It wasn’t?!”
“It was.”
“Not Mum?!”
“She would NEVER.”
“Mum only eats spaghetti bolognese.”
“And cheese on toast.”
“And christmas cake and wine.”
“But not this.”
“Never this.”
“Dad was sent to the caves for less than this.”
“The lodger went to prison for less than this.”
“The witch was banished to hell for less than this!”

The boy, Robert, my nephew, had been missing two hours now when I saw him in the harbour, his head bobbing up and down in the water between two fishing boats, as if caught in the ropes that tethered them in place and now calling for help in between the slow swell of the incoming waves.

The breathe caught in my throat, tears welled in my eyes, the shock of it, the surprise, the suddenness of the sight. I didn’t even think, no worries for my own wellbeing, no attempts to call for help. I didn’t even kick off my shoes, simply ran into the water, wading through the waves, clambering across the pontoons floating in the shallows, climbing into and out of boats before diving from a small wooden raft down into the depths of the sea.

A single vision then, clear as a painting, as staged as some devastating tableau. Robert floating in glass, the scene bisected by ropes fringed with weeds, his billowing hair lit by a single shaft of light from above, a bubble of air almost lazily forming between his lips, his eyes a piercing blue sharp enough to cut apart my soul.

I surfaced, coughing, choking, panic and horror and shame, of failure, loss. Clinging to the side of the boat I called his name, “Robert! Robert!”, then dived back down. Dived back under to try again, again, again.

There was nothing there, of course. Oh the water was in turmoil, sand swirling in the maelstrom, shapes redolent of ghosts in the tumult. But in those lifeless waters of the harbour there was nothing more.