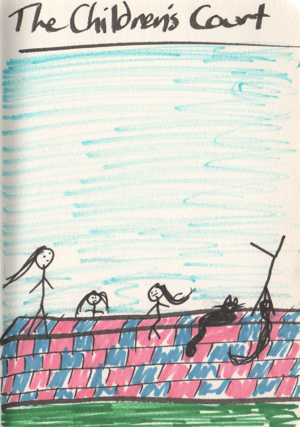 Topic: The Lodger And How Awful He Is And What Can Be Done to Stop Him Doing Whatever It Is He’s Doing Which Is Evil Whatever It Is And Must Be Stopped
Attendees: Claire, Ethel, Tina, Daniel, The Cat, A Doll
Location: The Wall Near The Shop That’s Closed Down Now Where They Used To Buy Sweets
Ambience: Crisp packets in the wind

Claire: … and he said I was loud and that’s why I hate him and HE MUST BE STOPPED!
Tina: But how?
Claire: That’s what we’re discussing, Tina!
Tina: Sorry. I was stroking the cat.
Claire: That cat could chase him out of his room if she cared. But she doesn’t. Because she’s a cat! And you spoil her!
Ethel: We all spoil her.
Claire: I don’t.
Tina: You’re too busy pining for the class crocodile.
Ethel: She’s never going to marry you, Claire.
Claire: Who wants to get married to a crocodile. (pause) We’re going to become legally sisters!
Tina: She’ll be our sister too then.
Ethel: You’ll have to share her with us.
Daniel: I could ride her into battle!
Claire: You will not ride her into battle. We’ll walk into battle side by side like equals. And then she’ll eat the lodger right up and that’ll be the end of that!
(pause)
Tina: But if that plan doesn’t work, what else should we do? We have to do something.
Ethel: I asked Lucas if he knew anything about the lodger that might help us but he didn’t even know we had a lodger or what a lodger even was.
Claire: Why would Lucas know anything about anyone? He just lives in the mirror brushing his hair. He’s so boring. We don’t even know if he can see us.
Tina: If we can see him it stands to reason he can see us.
Claire: You don’t know that!
Tina: We do.
Ethel: Why do you think we’ve all been learning to write backwards, Claire? We can communicate with him now.
Claire: He can’t even speak! He’s totally silent! Like a ghost! (pause) And there’s no such thing as ghosts and you know it!
Ethel: He nods and smiles and brushes his hair at different speeds.
Tina: We’ve got a whole book filled with notes interpreting the codes.
Daniel: Lucas lives in the past which means we must live in the future.
Claire: Maybe we live in the past and he lives in the future.
Tina: He clearly lives in the past. Just look at his hair.
Ethel: And his clothes.
Daniel: And his name.
Claire: None of that proves anything at all. Anyone could be called Lucas! There’s a boy in our school called Lucas.
Ethel: No there’s not.
Claire: There is. You’ve just never met him. Anyway, we don’t even know if he IS called Lucas.
Ethel: He looks like a Lucas.
Claire: And you DON’T look like an Ethel yet you are an Ethel.
Ethel: That doesn’t make any sense, Claire.
Claire: It does. It must do because everyone says it. Even the lodger and he’s awful.
Ethel: Of course he’s awful, Claire. That’s why we’re having this meeting!
Claire: If Lucas IS from the future he could tell us exactly everything the lodger has done and will do and how he gets caught and then we could stop him before he does it! We’ll be heroes!
Tina: Lucas is not from the future, Claire. He’s just… not!
Claire: Well I say he is! He could have stupid old hair like that and wear that velvet jacket because that sort of thing becomes all fashionable again in like, I don’t know, a BILLION years time, and that’s how come he can appear in our mirror because they’ve invented time machines then and they’re just mirrors to us but they’re like PORTALS to them and that’s like how it all works. (pause) I think that makes more sense than whatever theory any of you have about why Lucas is in the mirror and you can’t convince me otherwise you just can’t.
Ethel: I asked him what year it was and he said it was 1878.
Claire: 1878 TWO! At some point they run out of years and start going backwards again. Like how they told us that skull on the hill was from the year 4000 and I thought it was from the future but they meant a completely different year 4000 that happened in the past. (pause) Anyway, this is more like how Mum has the same haircut as the witch even though the witch is like a hundred years old. Or like how Dad’s really into mermaids just like all those stupid idiots at school with their mermaid bags and their mermaid t-shirts and their mermaid dolls which they never let me play with that I don’t want to play with anyway because I HATE mermaids.
Tina: I think Dad’s just into one specific mermaid instead of mermaids in general.
Daniel: Once I swam out to sea with the mermaid and I was a man mermaid and my hair was so long everyone thought it was seaweed but it wasn’t seaweed it was my hair. That’s why I no longer live in the sea.
Claire: Will you shut up about mermaids? They don’t even have any feet!

Little further progress on the initial topic of discussion was made. 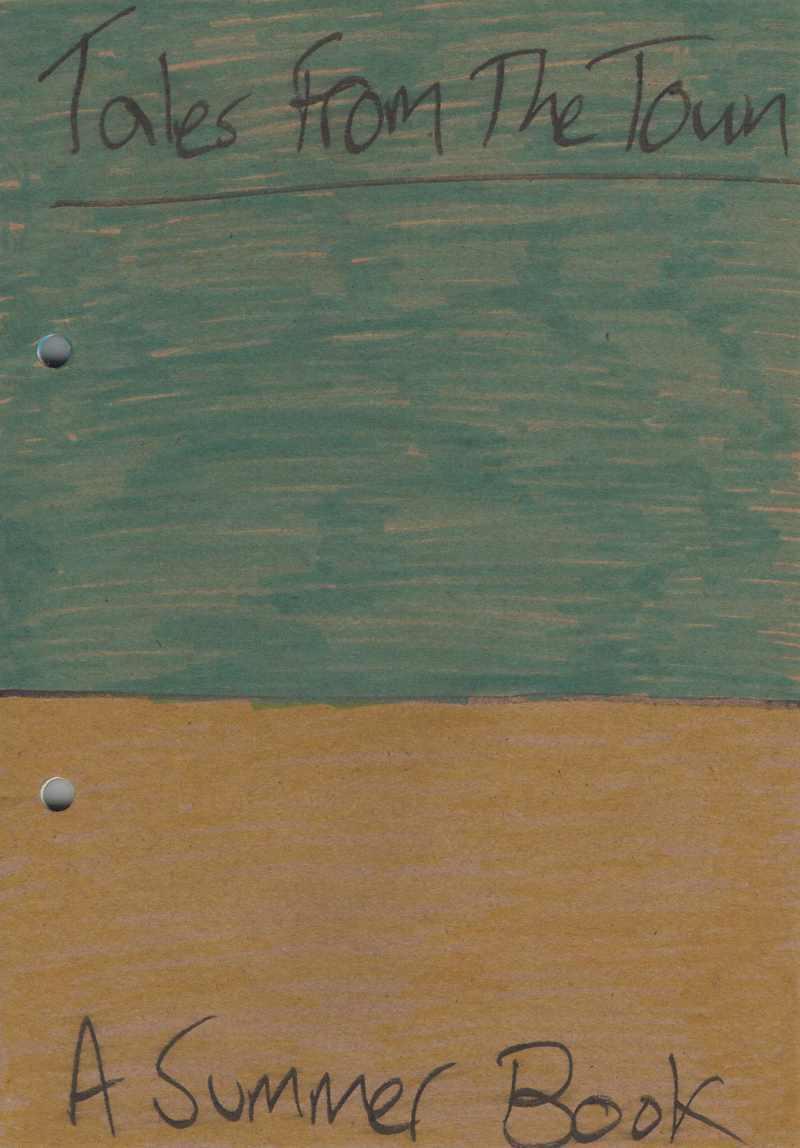 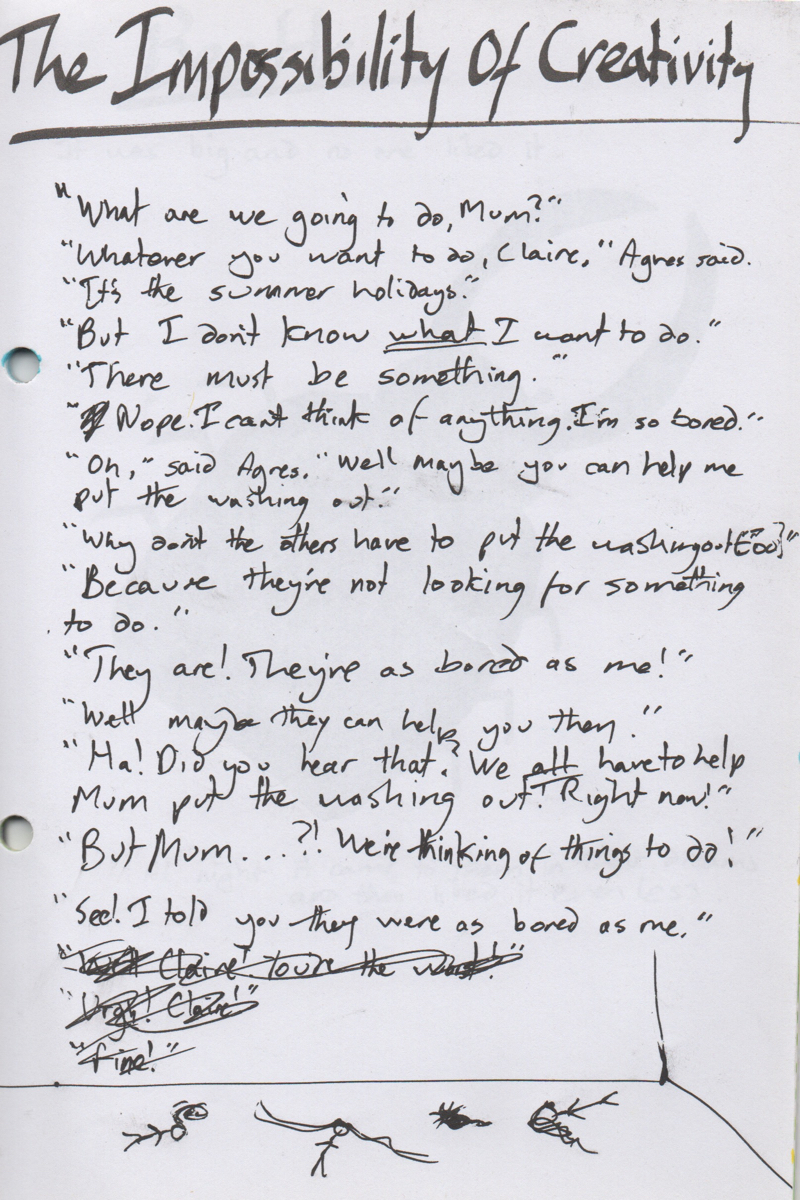 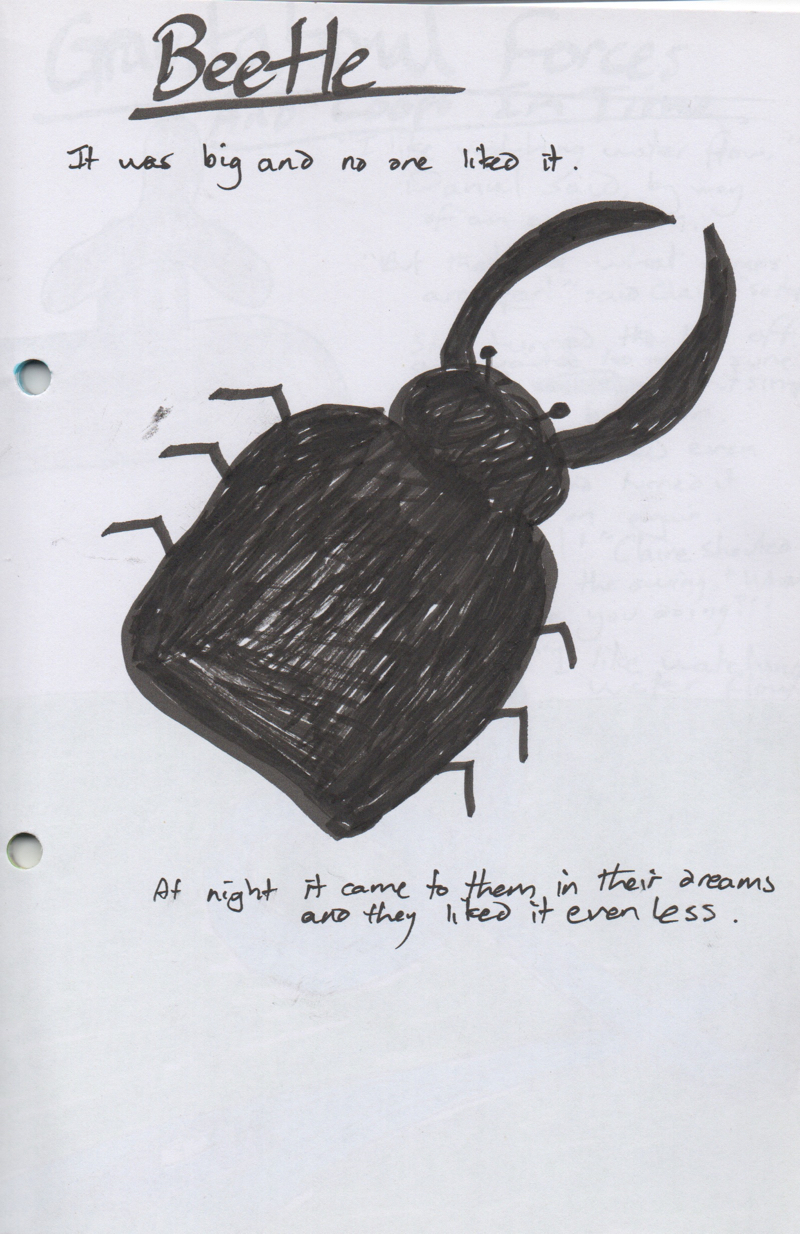 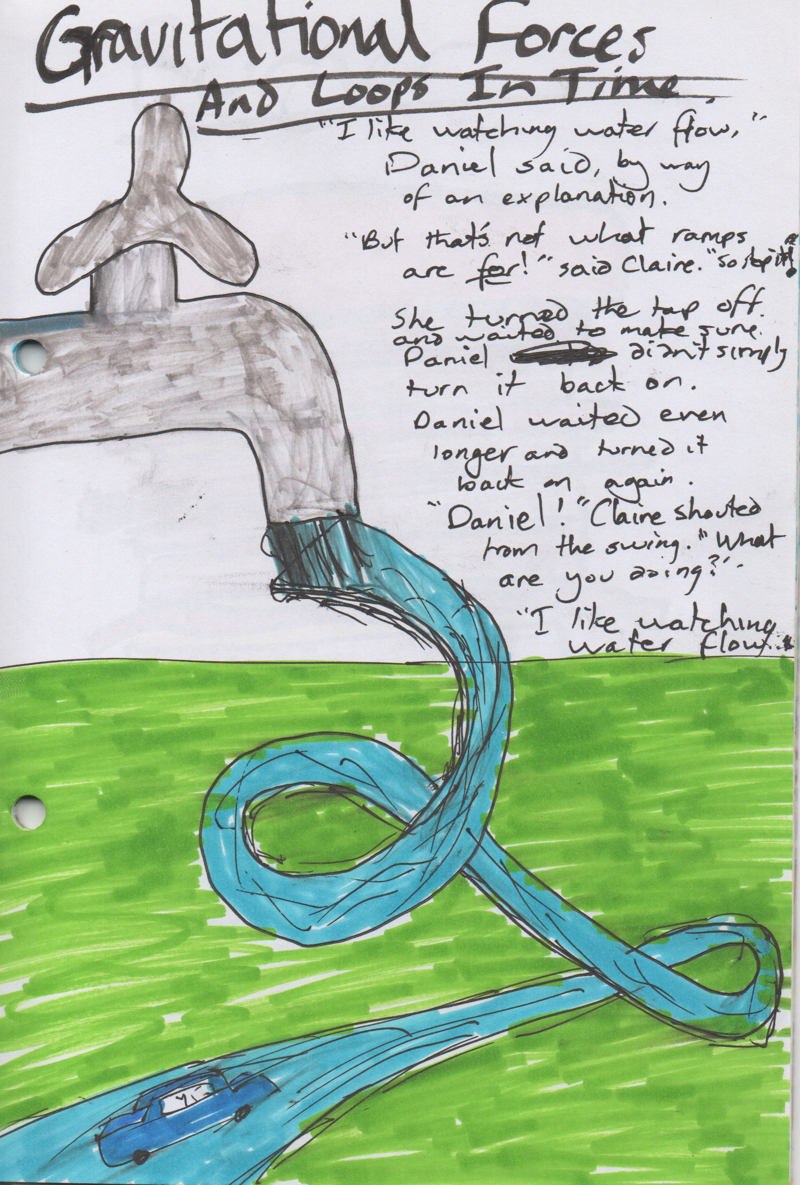 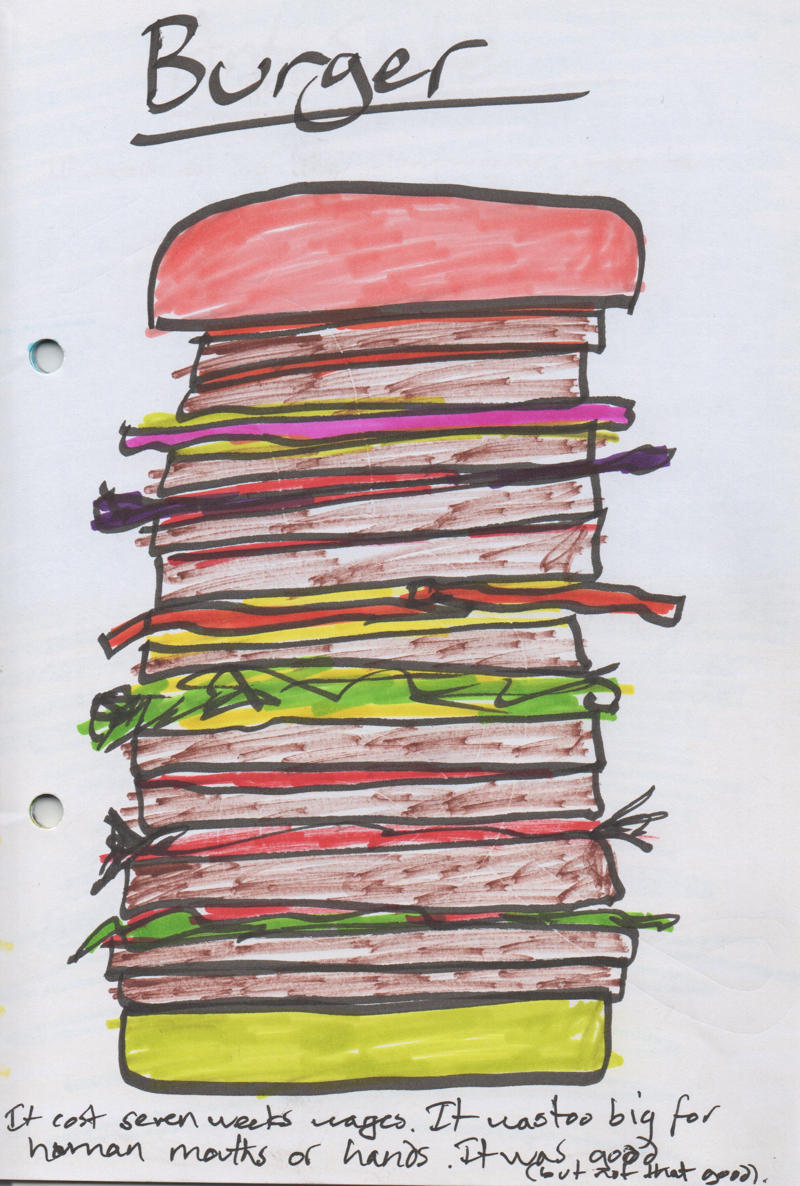 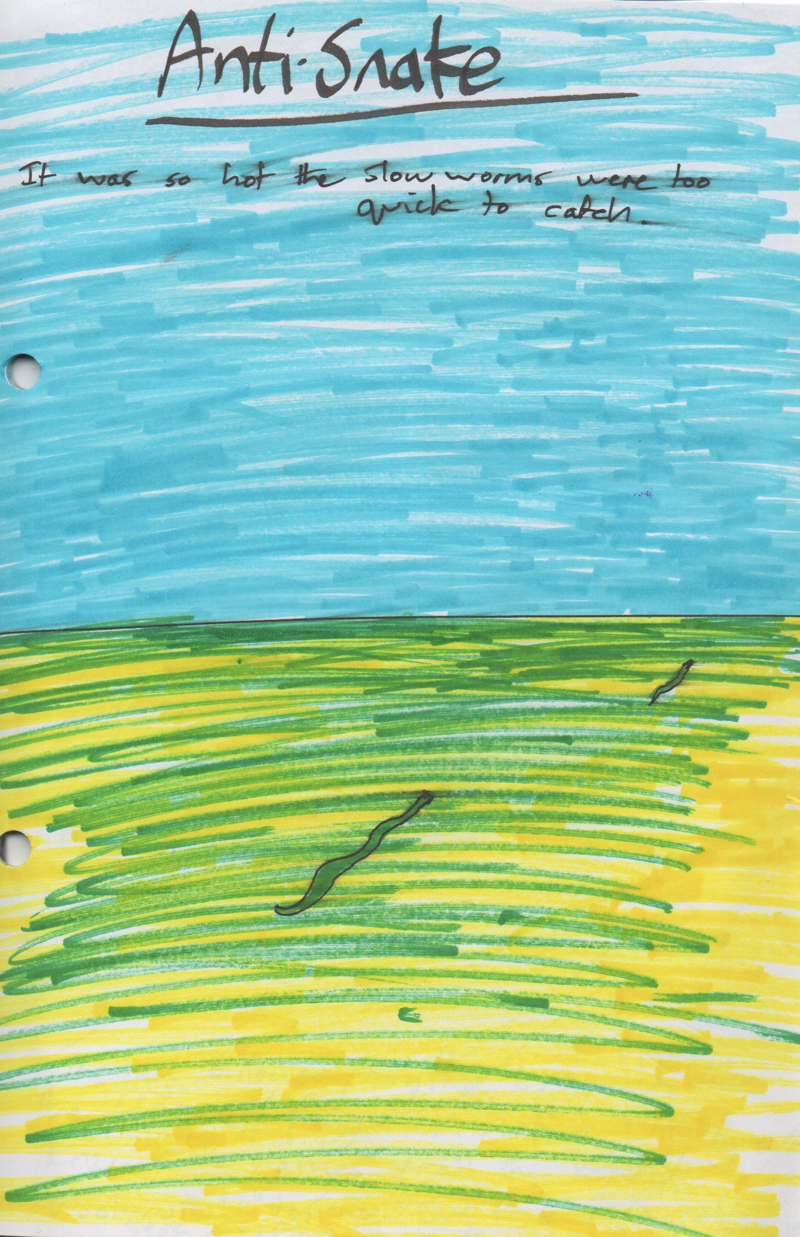 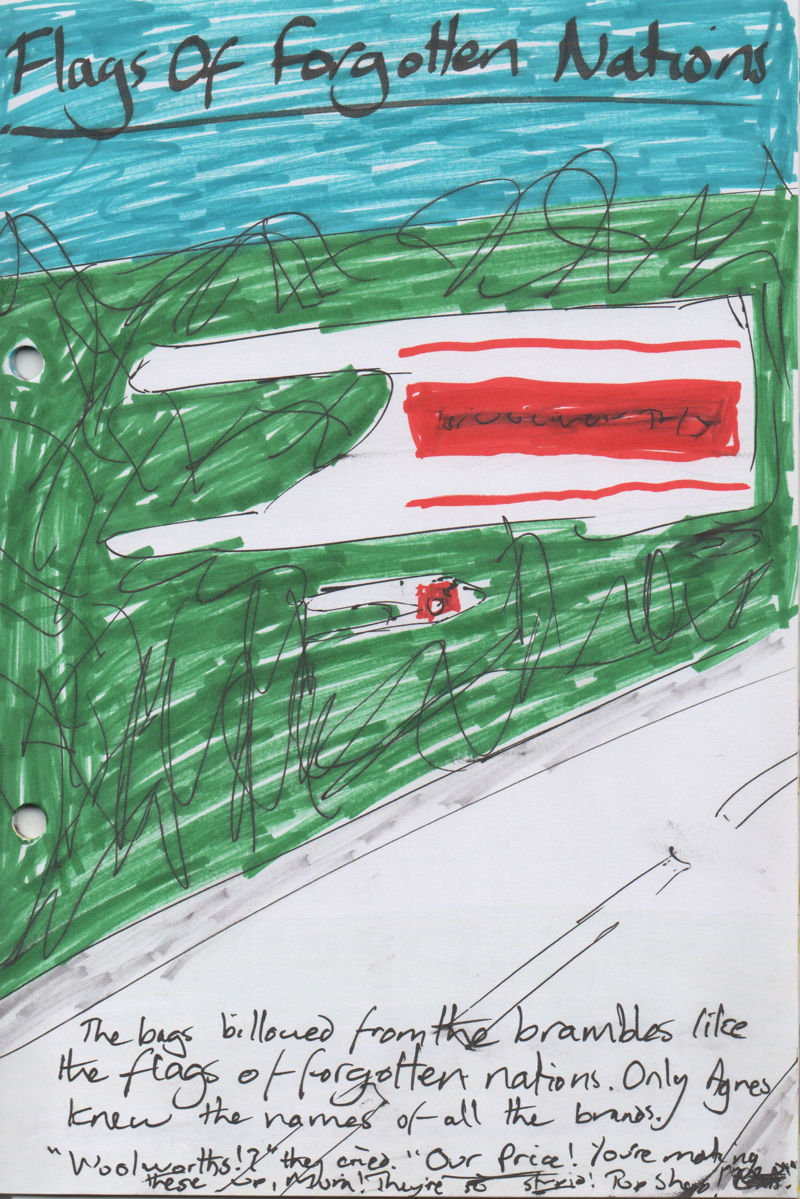 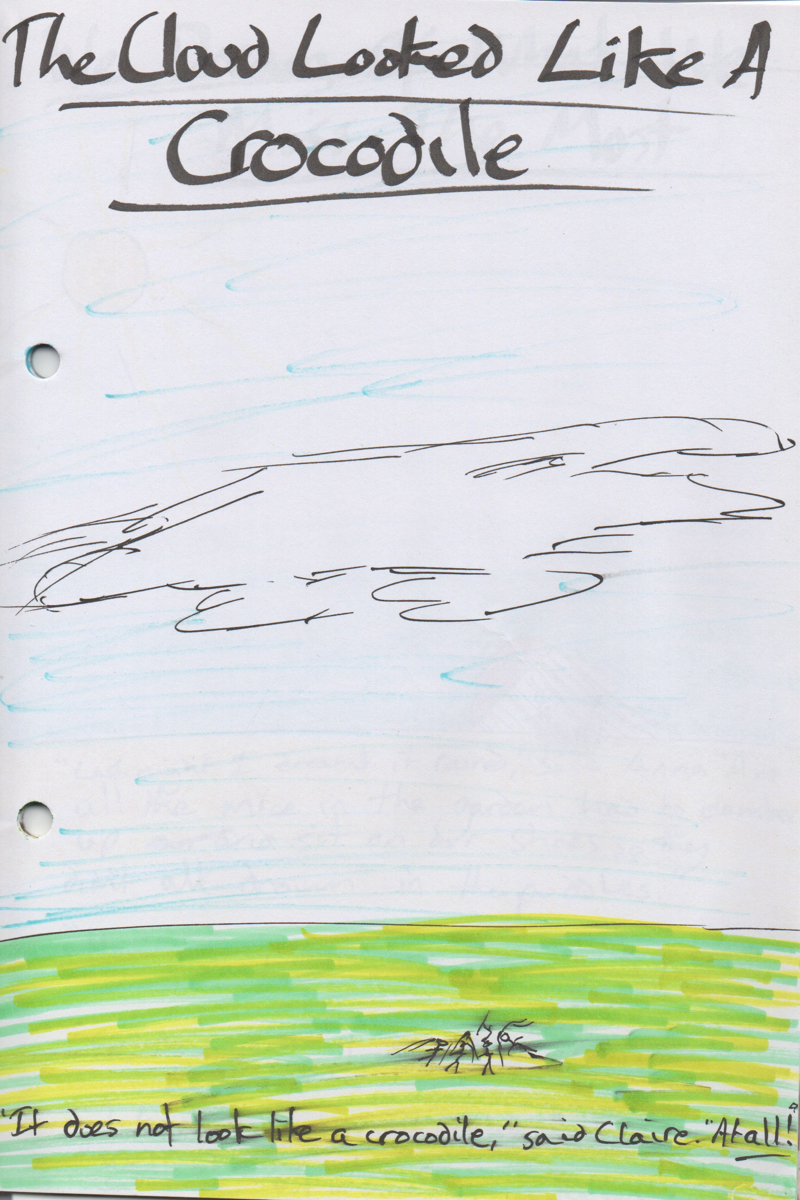 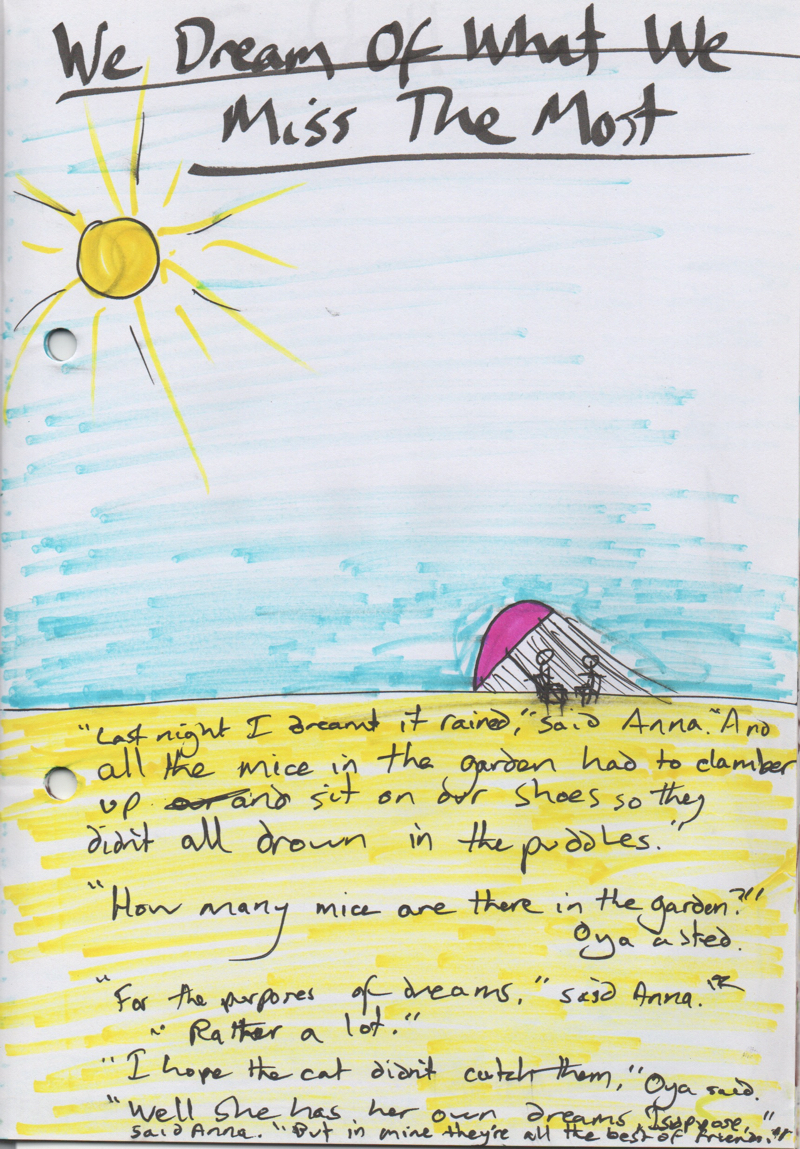 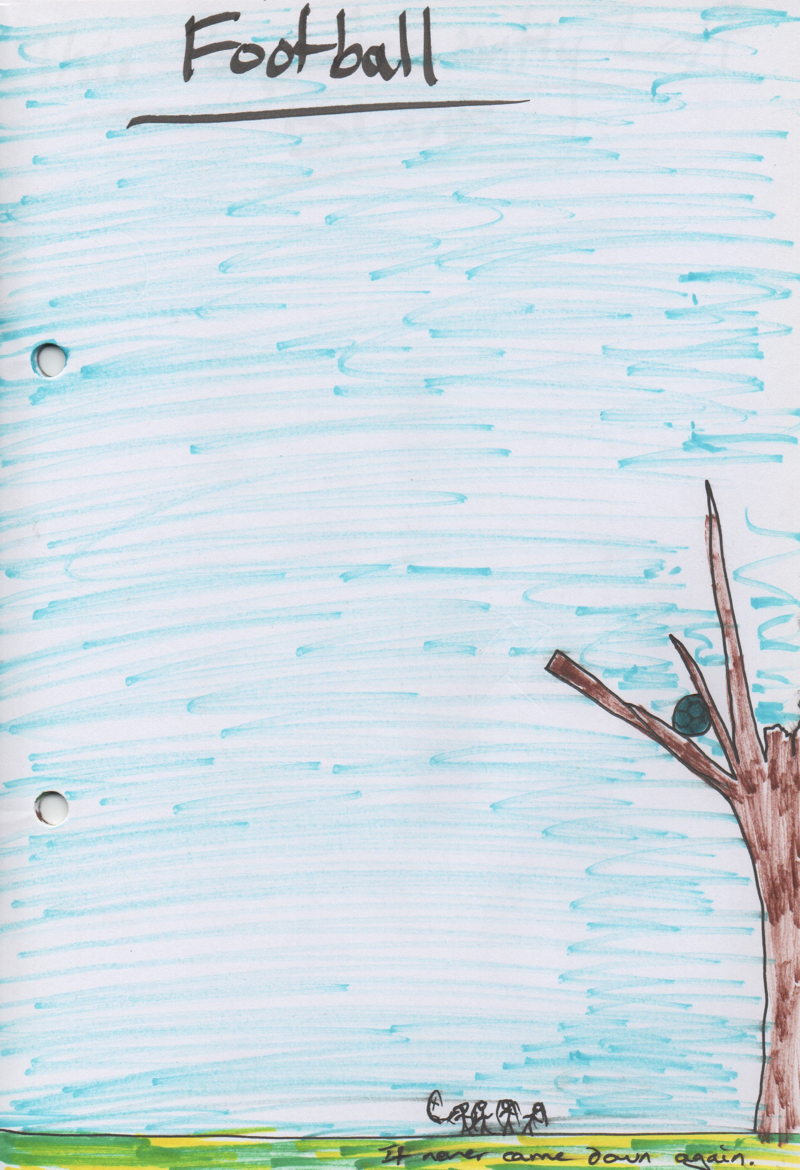 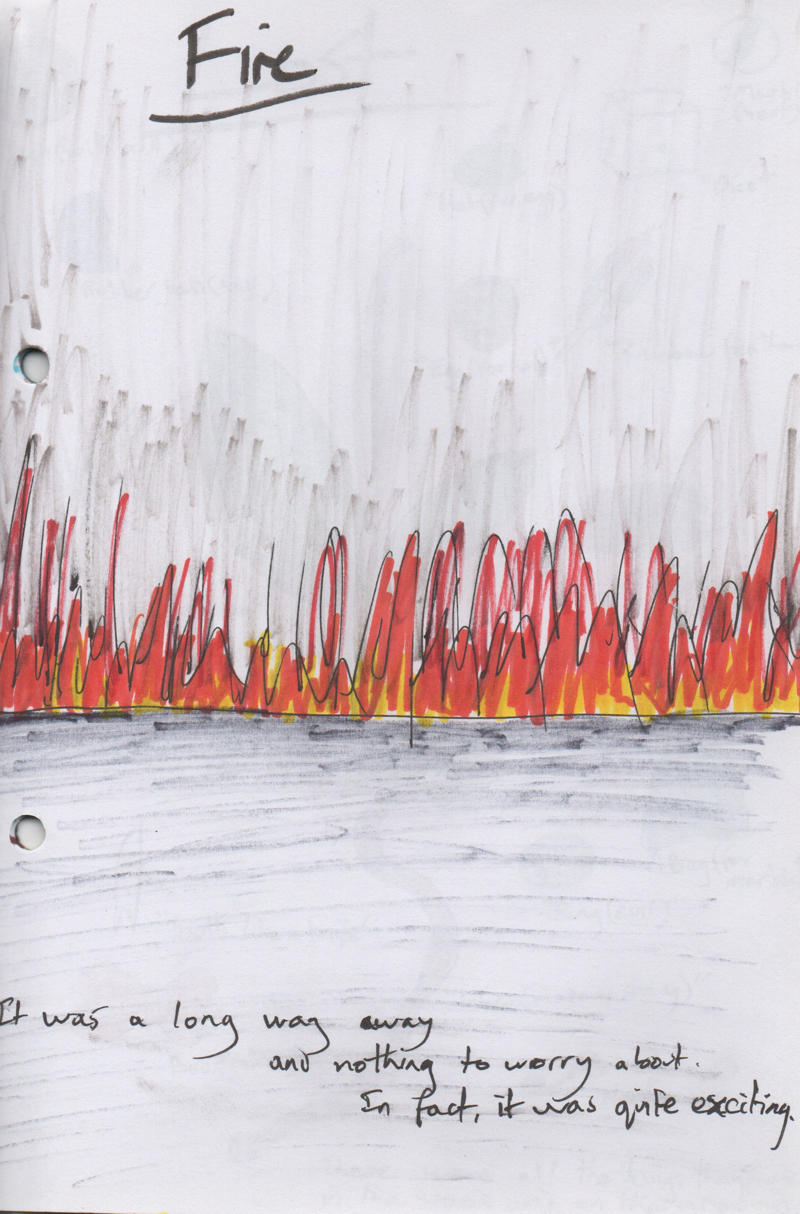 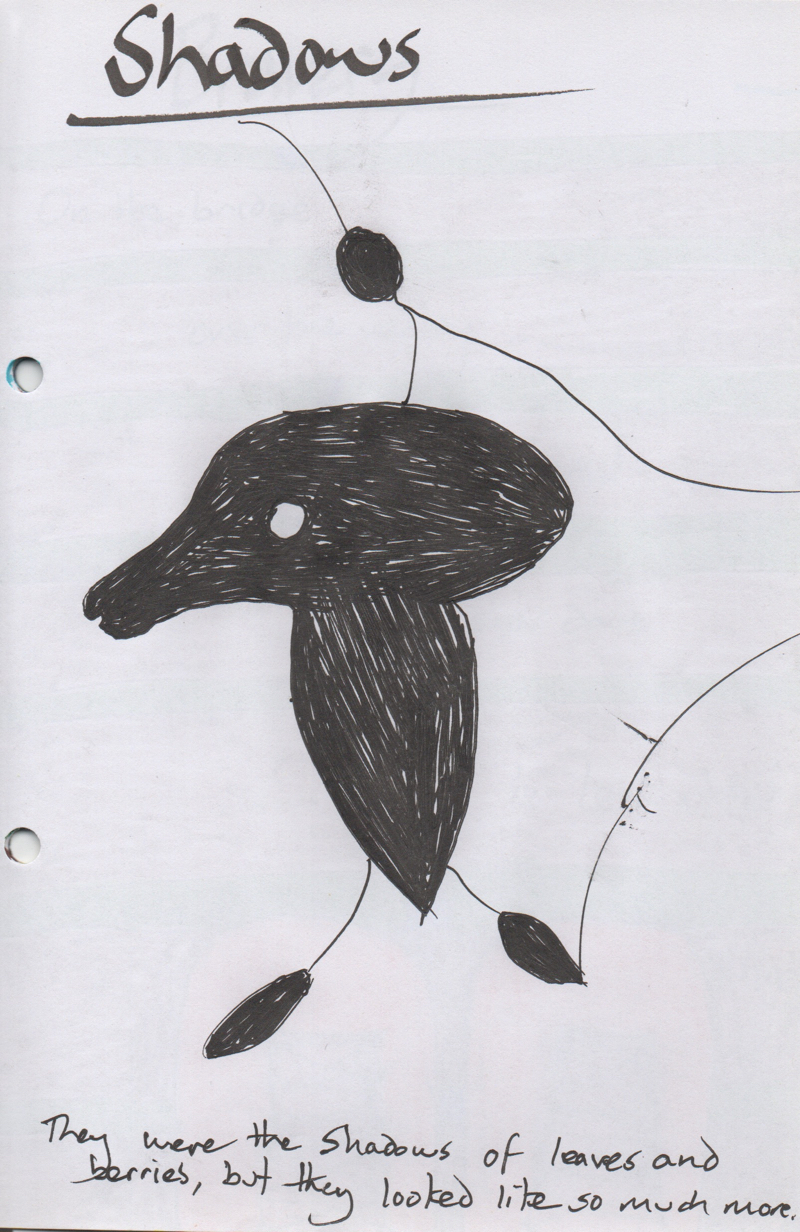 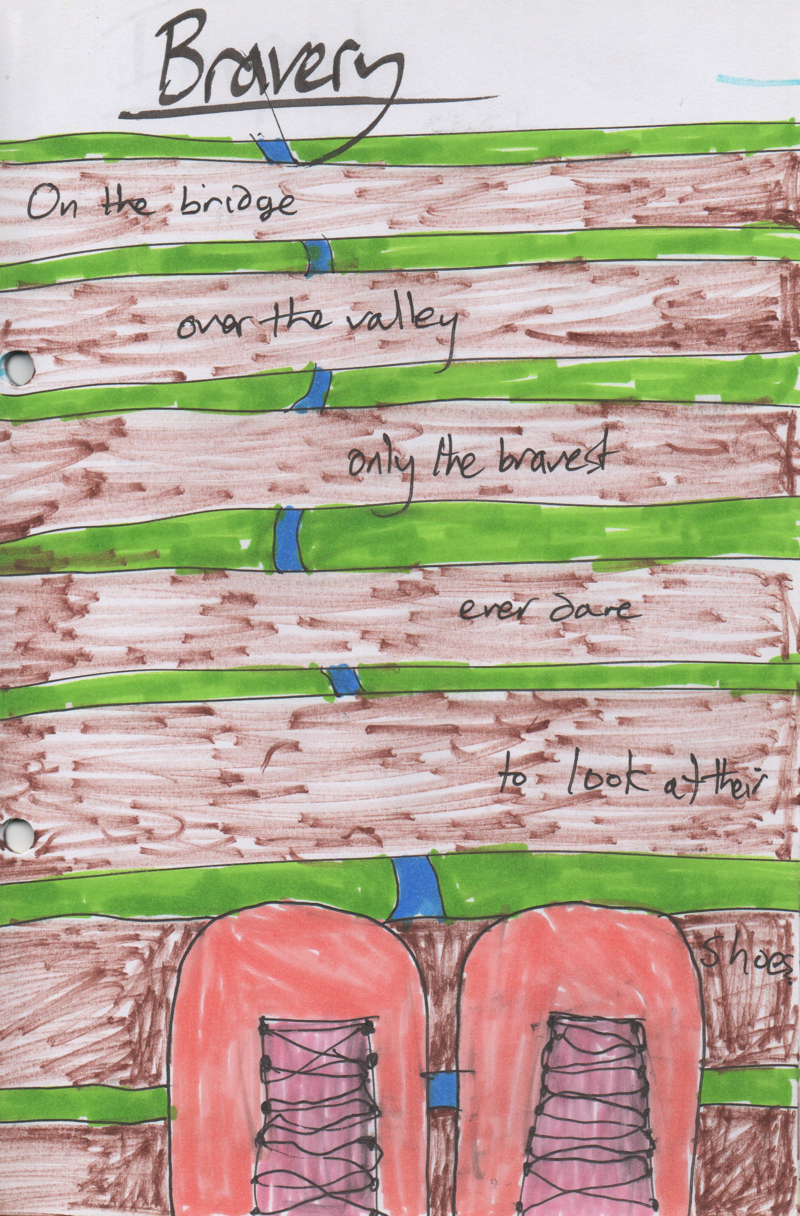 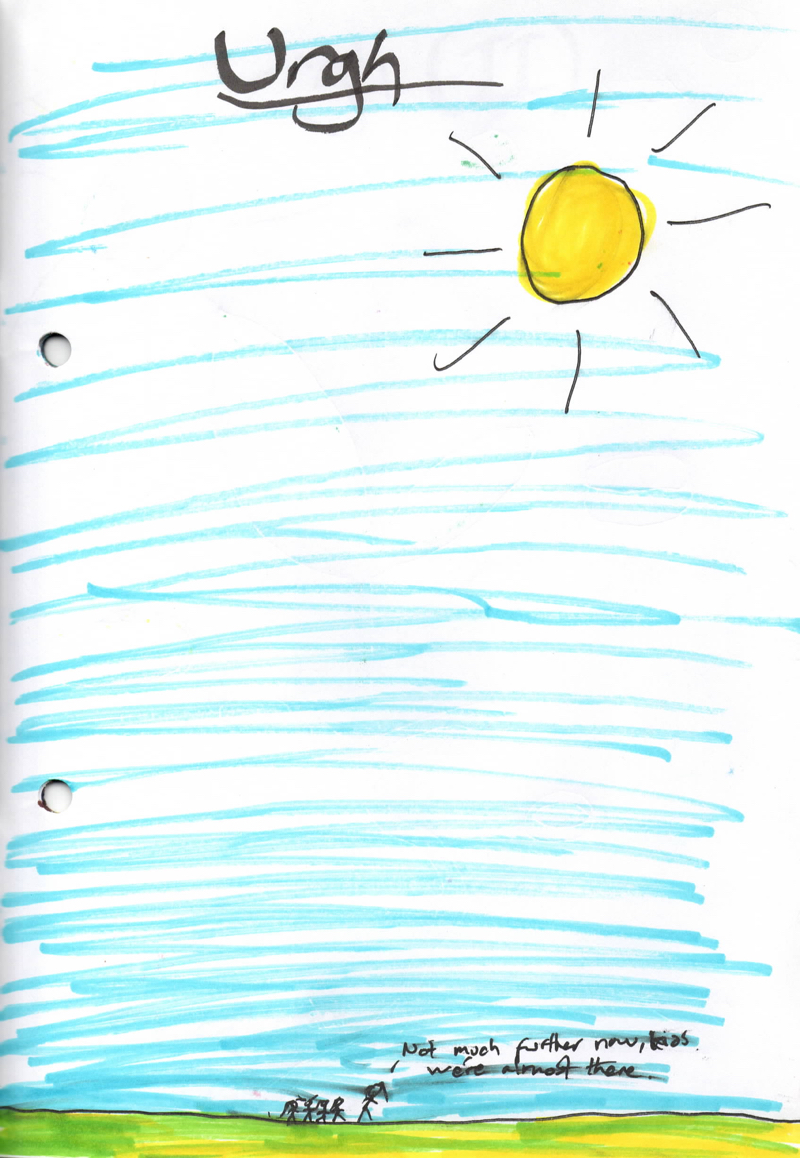 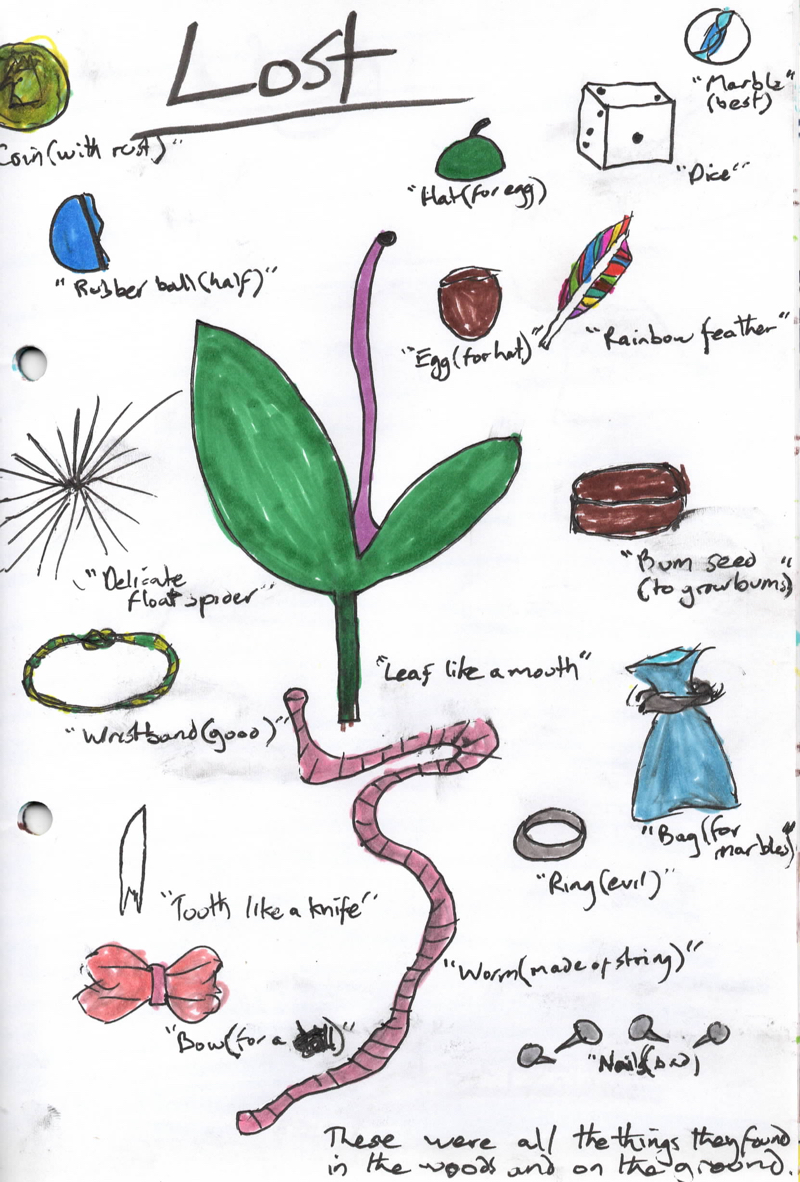 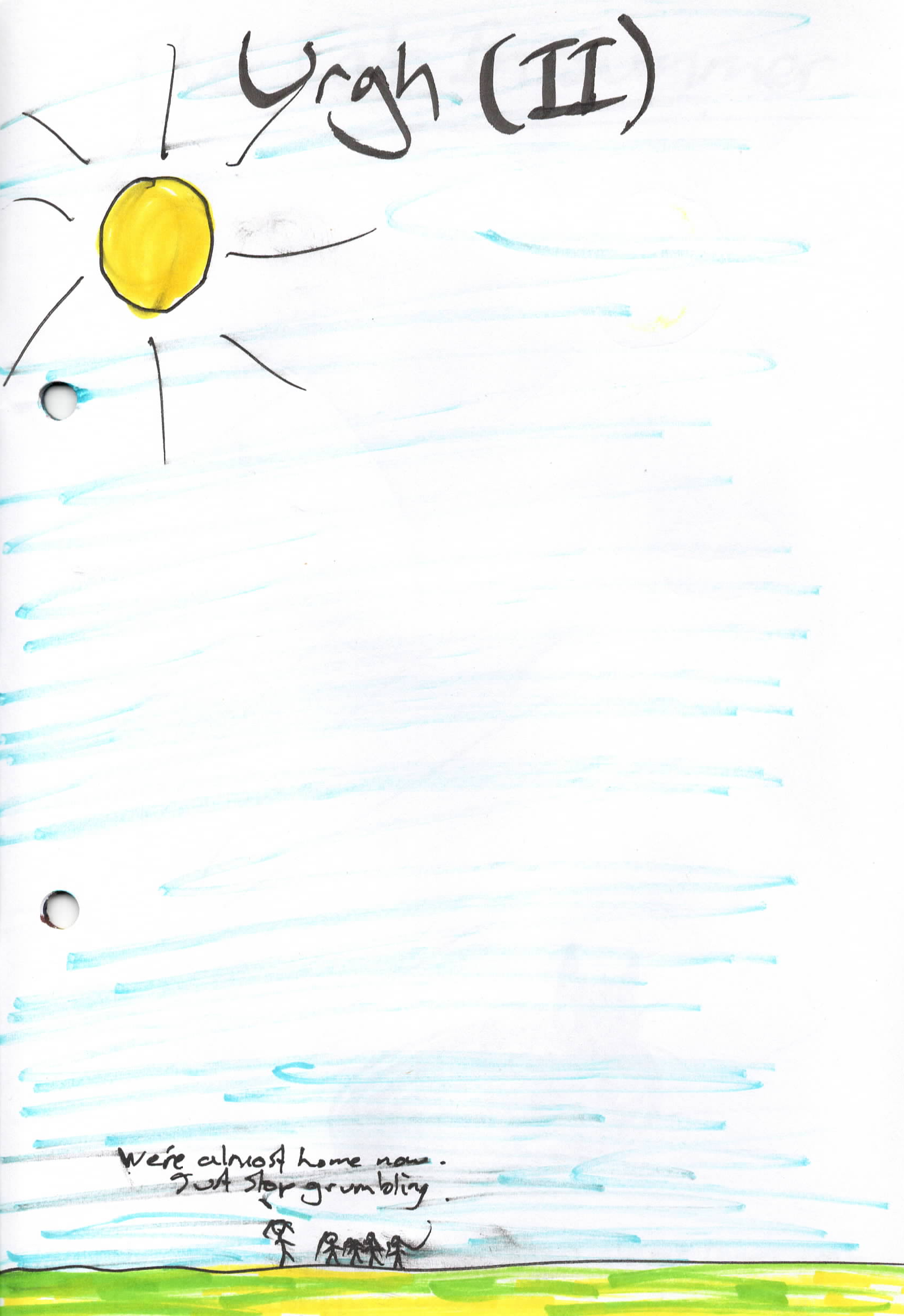 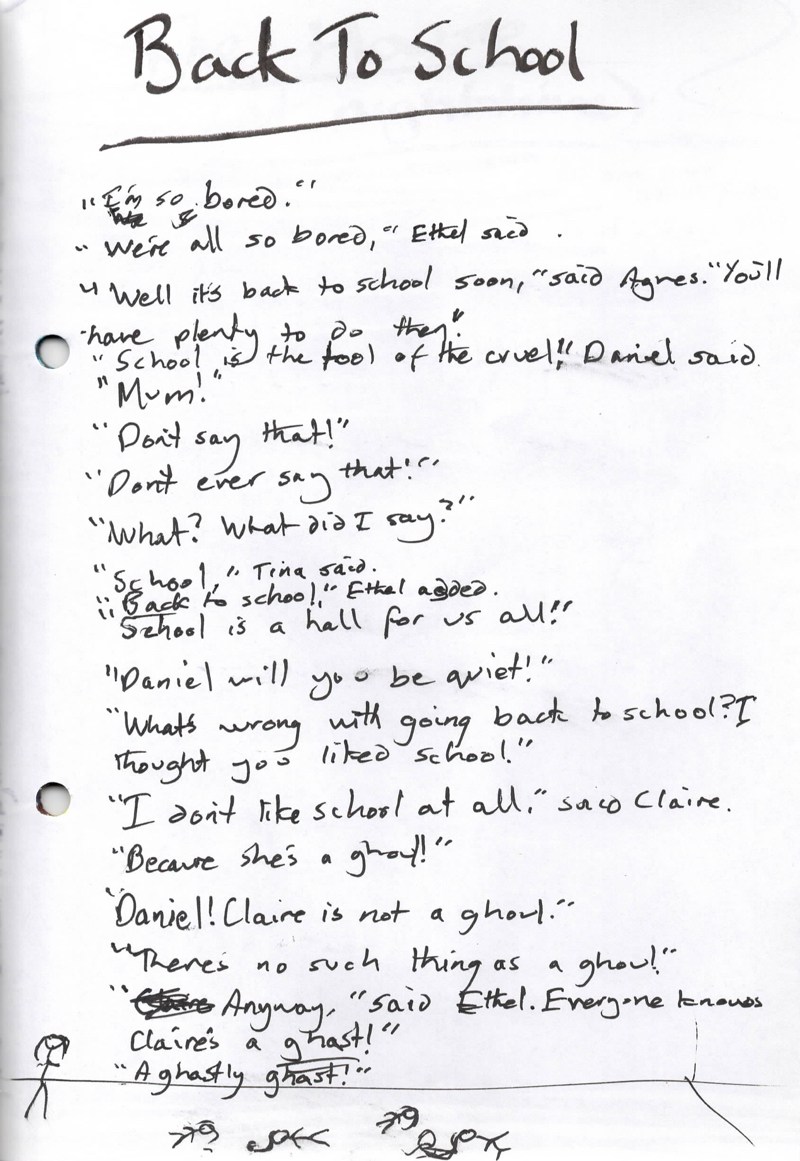 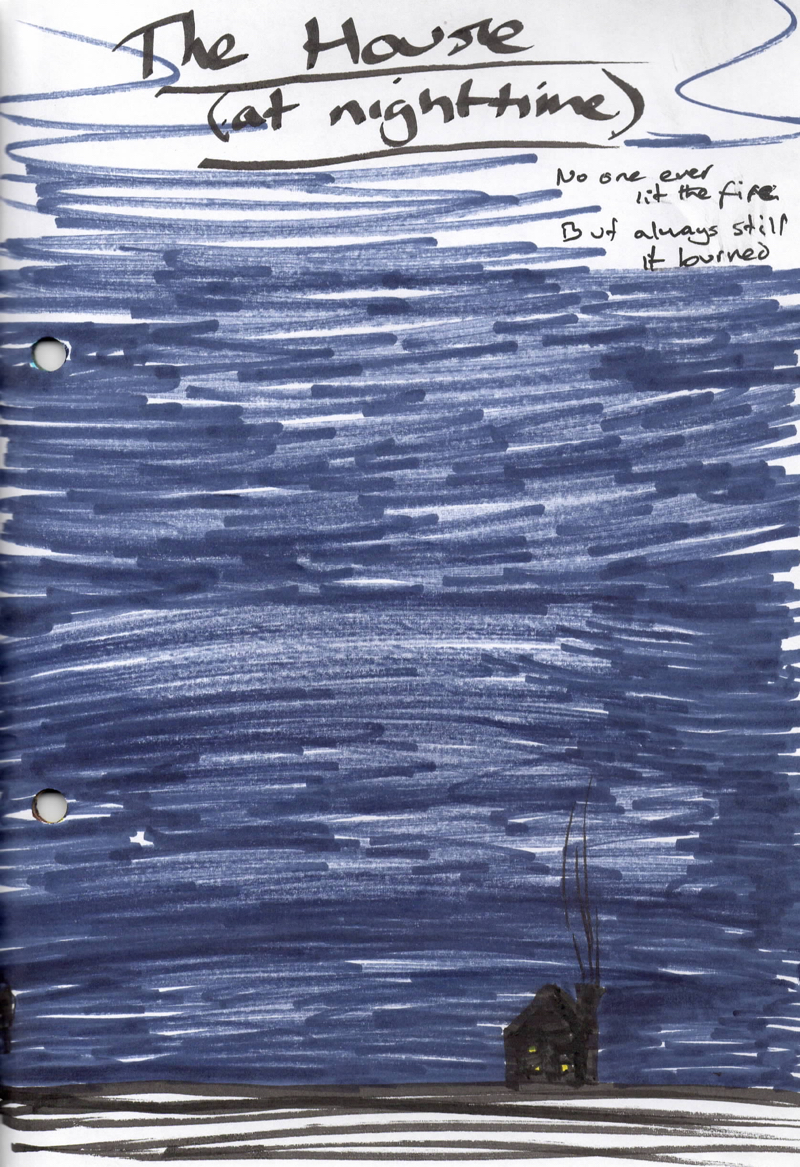 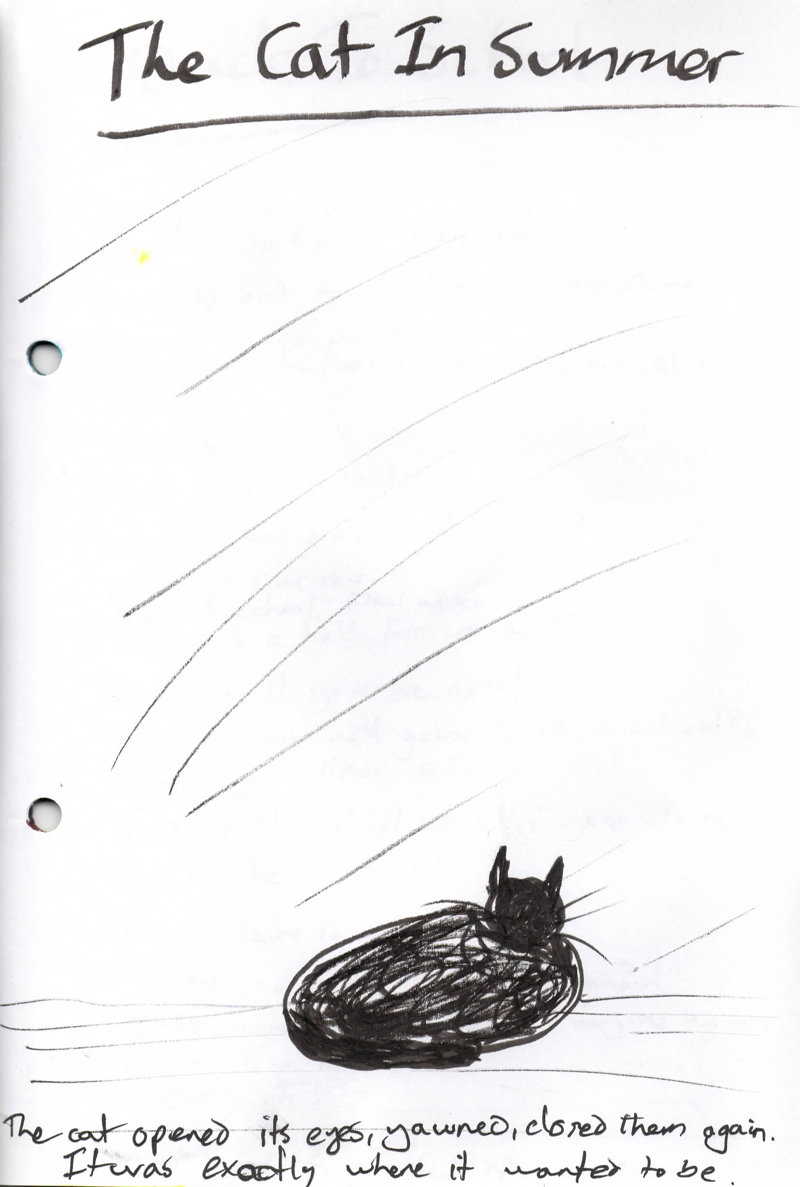 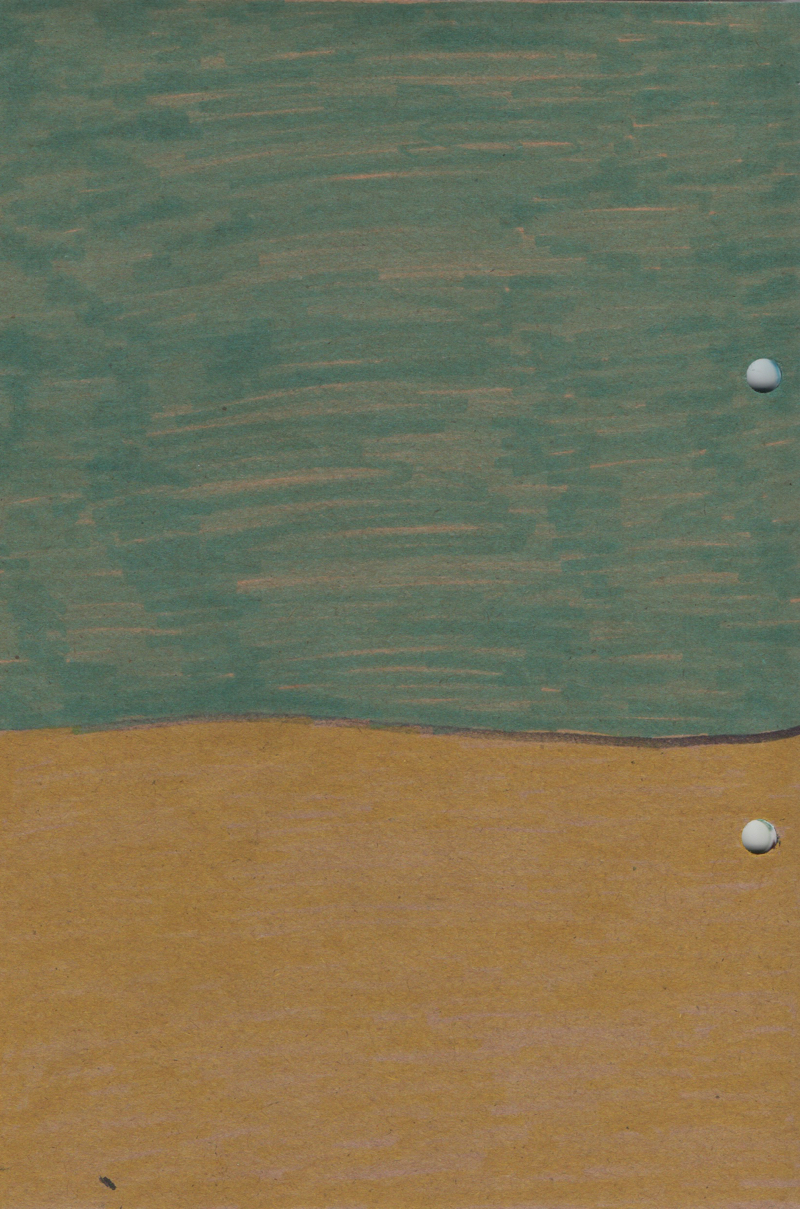 1. Written between the 5th and the 11th of August, 2022
2. Although the cover was drawn on the of August, 2022
3. And also the back cover.
4. And also I suppose technically The Cat In Summer was written whenever The Cat In Winter was written.
5. Which was last summer instead of this summer, it appears.
6. Also it’s too hot to transcribe these today so I hope you can read them all.
7. I assure you the crossed out word at the end of Flags Of Forgotten Nations is not rude.
8. At all.
9. Unless you consider C&A rude
10. It’s quite rude I suppose.