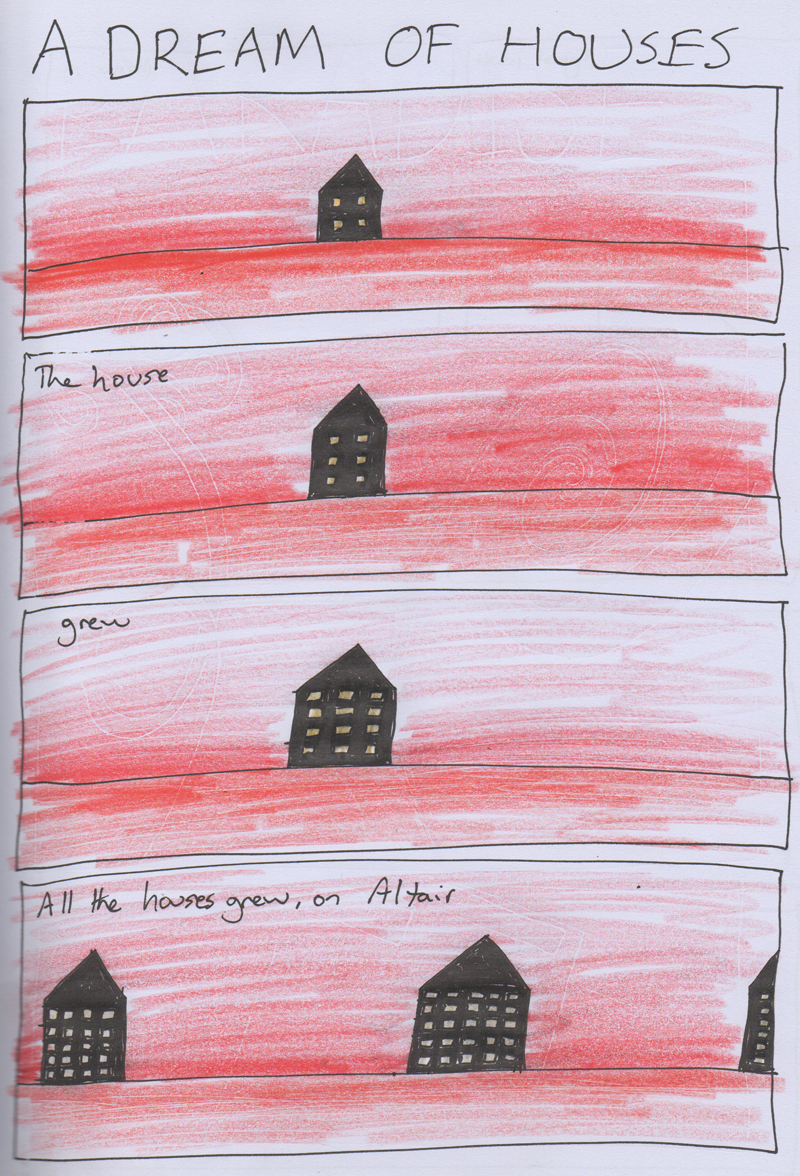 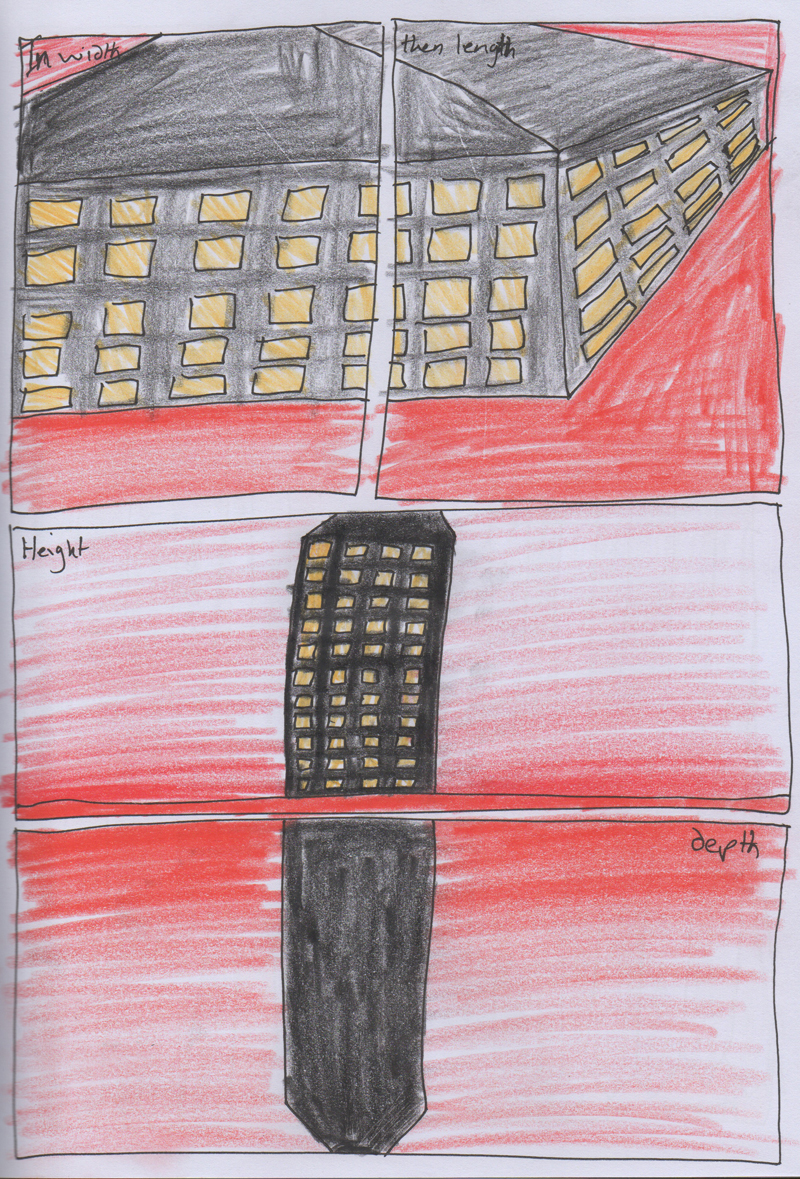 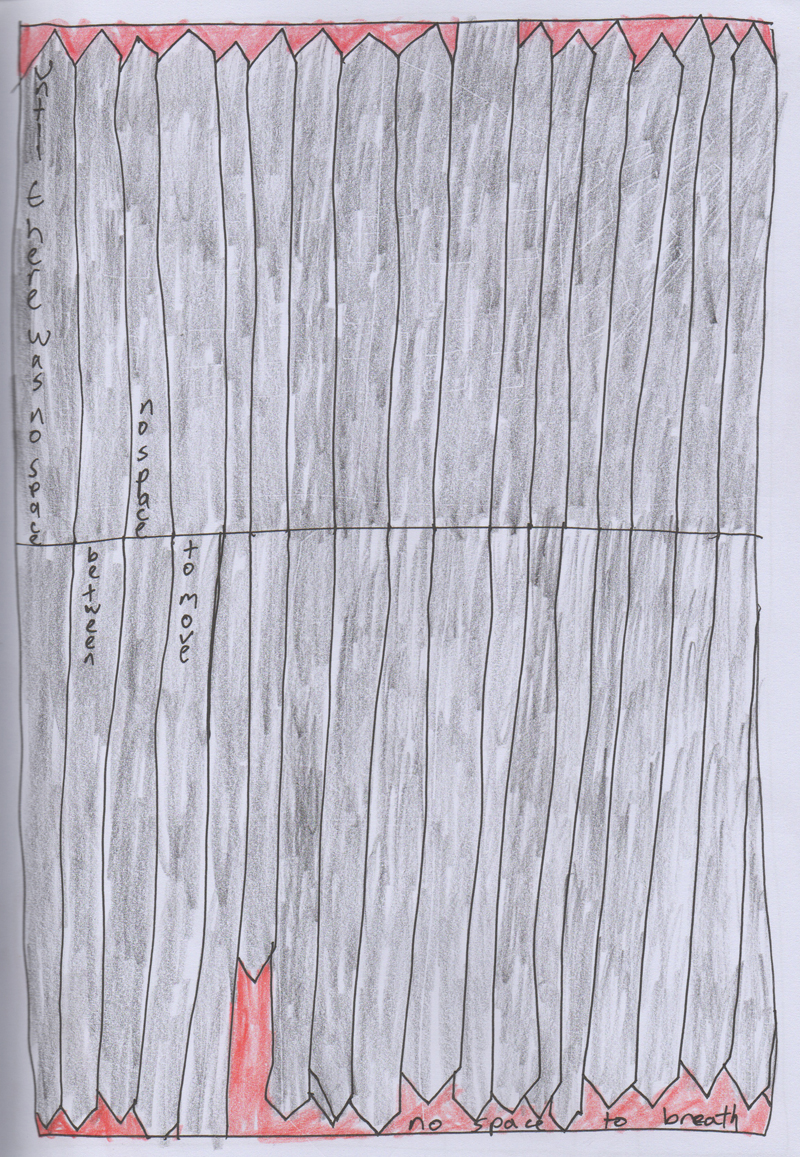 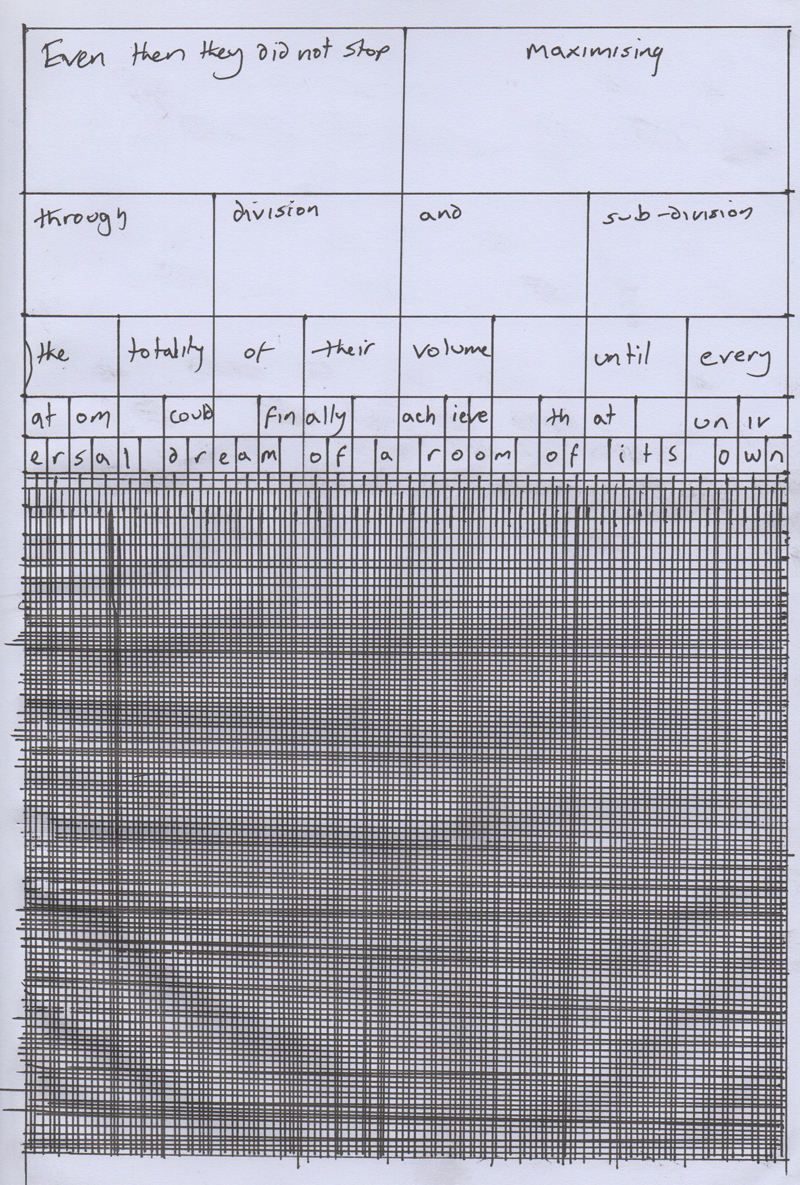 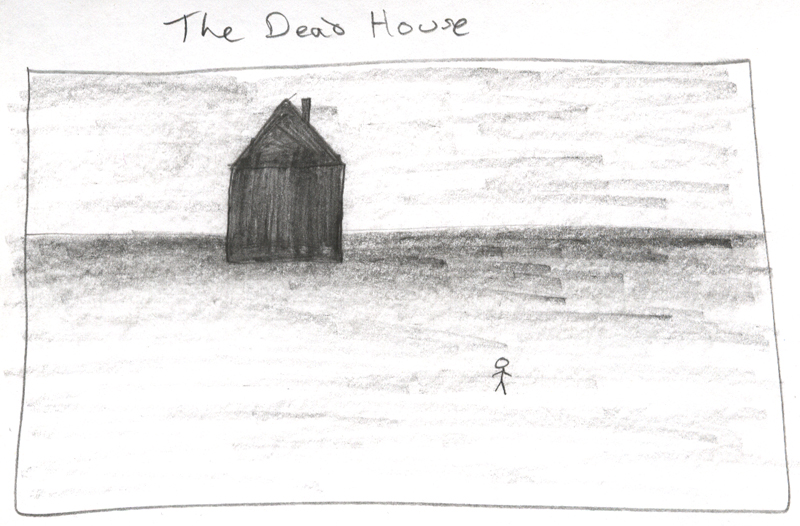 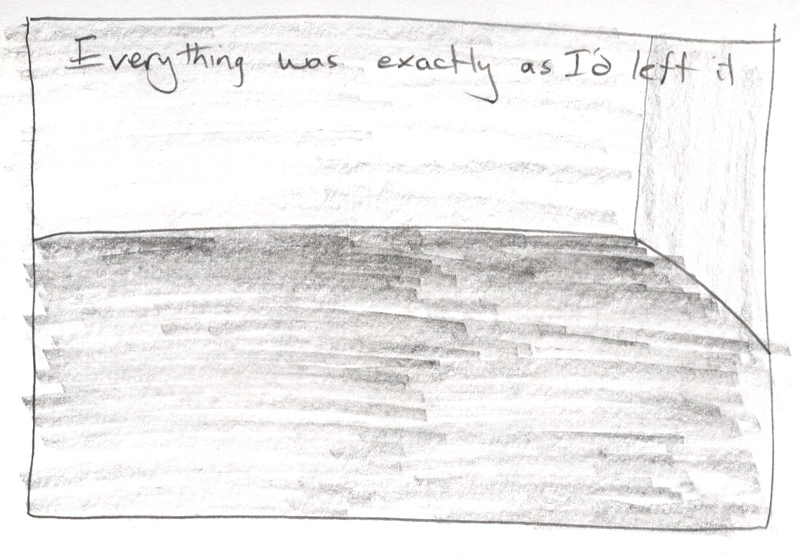 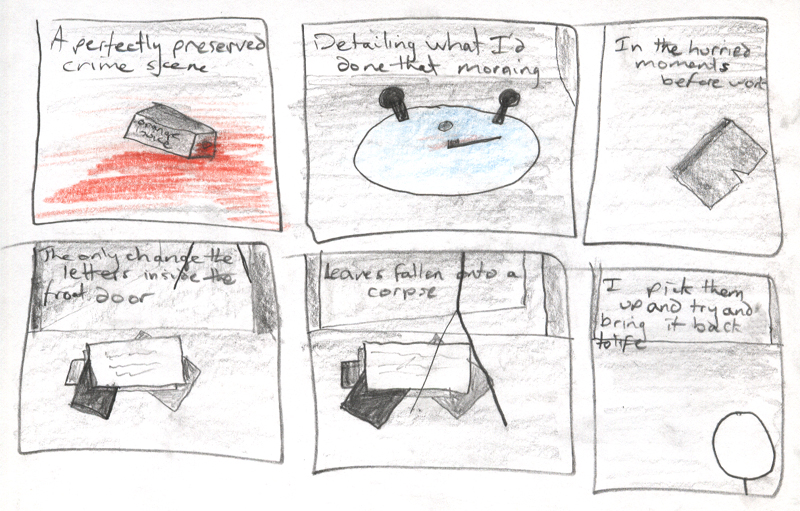 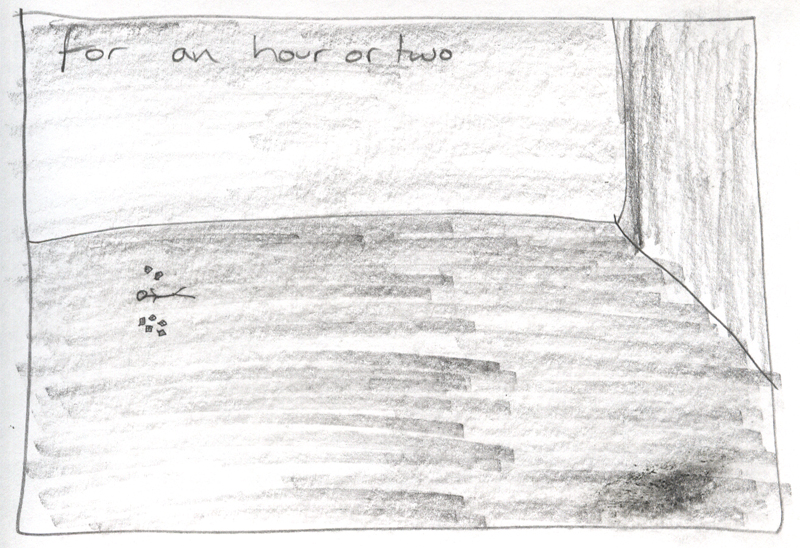 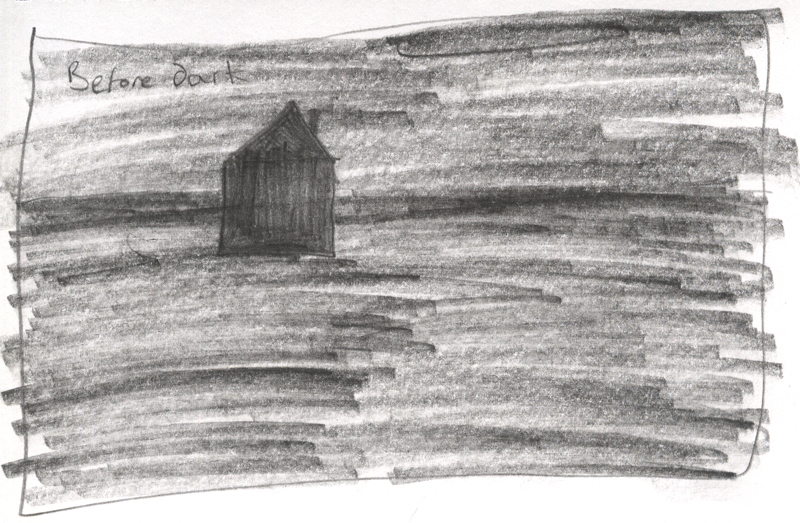 It was the last house I found it in. All the others had been empty, but not this one. Here it was plain as day. It filled it, bulging out of the windows and the doors and the vents where there were vents.

“I can’t believe it’s in the last bloody one,” I said to no-one but myself. “What are the chances of that?”

I went to the front door and the number by the bell told me exactly the chances of that. I rang the bell and knocked and shouted and rang the bell again and bellowed “Look I know you’re in there” but there was no answer. Maybe it thought I didn’t really know that it was in there, even though I could see it pressed up against the mottled glass of the door and also even though some of it was poking conspicuously out of the letterbox.

I started counting in a loud and obviously stern way, but once I got to fifty and it hadn’t budged or even quivered I stopped and took a swig of water from my water bottle and then after that I couldn’t really be bothered to resume that method of intimidation. I drank another couple of mouthfuls of water and tried to make up my mind about what to do next.

I put the lid back on the water and put the water back in my pocket and then I took one of the clips out of my hair and bent it into a tiny hook and expertly opened the door with a quickness that surprised even me, and then I pulled the front door open, marvelling at my good fortune with it being hinged that way round rather than the other way round like every other front door in existence except I supposed for sliding doors and also rotating ones. And sheds.

Anyway even once the door was fully opened it stayed there exactly where it was and didn’t come out, and although it bulged a bit towards me the surface tension held and it didn’t burst like I thought it would and flow out down the driveway and into the gutter and have that be that. Instead it swelled out in a neat parabola and then stopped swelling a few feet from my face.

The bulbous immensity of it was mesmerising up close. Just looking at it made me want to push my face into it, push my whole body into it, made me want to step inside it and pull the door closed behind me and let us merge together there in the privacy of this last home.

But I knew if I did that I’d lose my job and then where would I be. Although also if I didn’t get it out I wouldn’t get paid anyway either. So maybe I should just cut my losses and let its warm embrace soothe away my worries and my pain.

I assumed it’d be warm but who knew.

And no, no. No! That wasn’t an option. I couldn’t give up now. I’d have to entice it out somehow.

I absentmindedly picked the wax out of one of my ears with the lockpicked hairclip and then I examined the earwax and after the inspection wiped it from the pin with my thumb and forefinger and wiped it on my jeans and then I picked the wax out of my other ear and went through the rest of my procedures exactly as before and then I bent the lockpick back into a hairclip and put it back in my hair.

It was at this point I had an idea. I began dismantling the house at once.