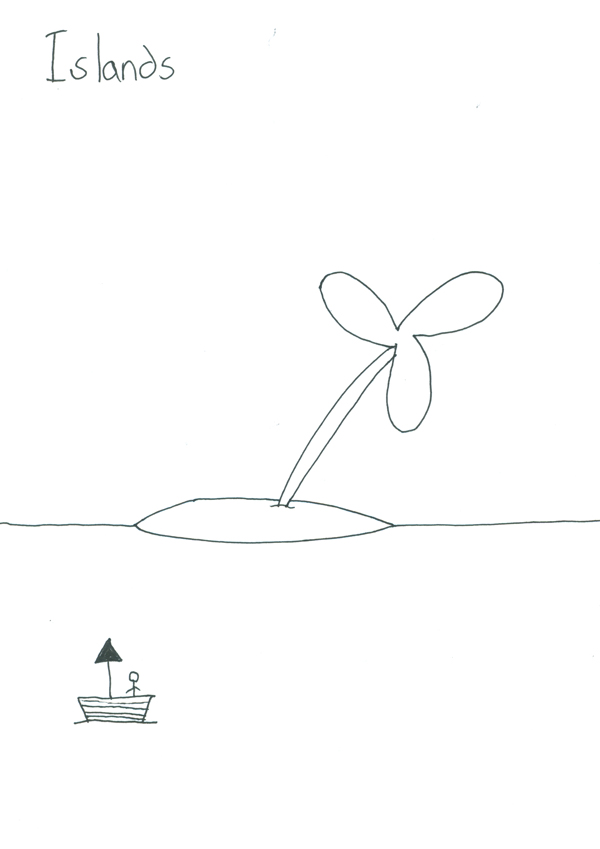 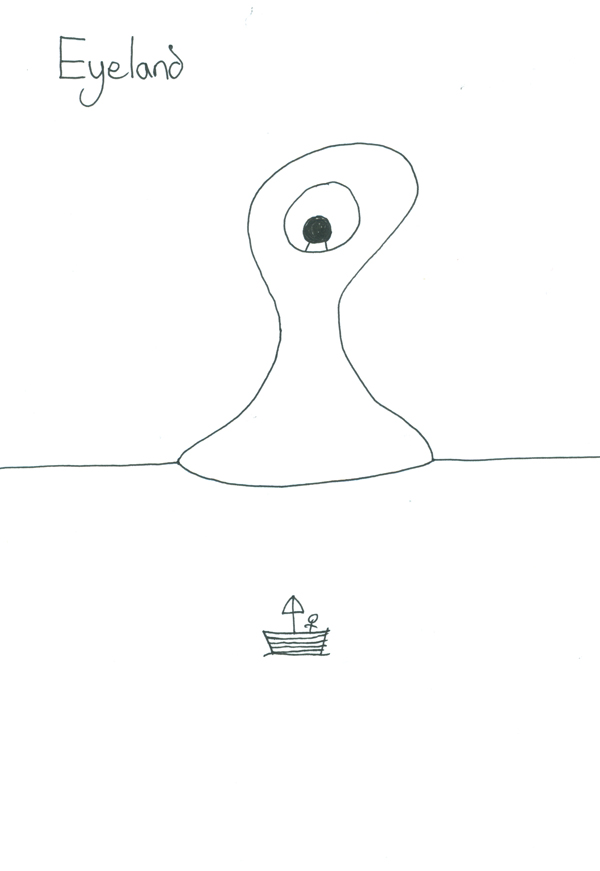 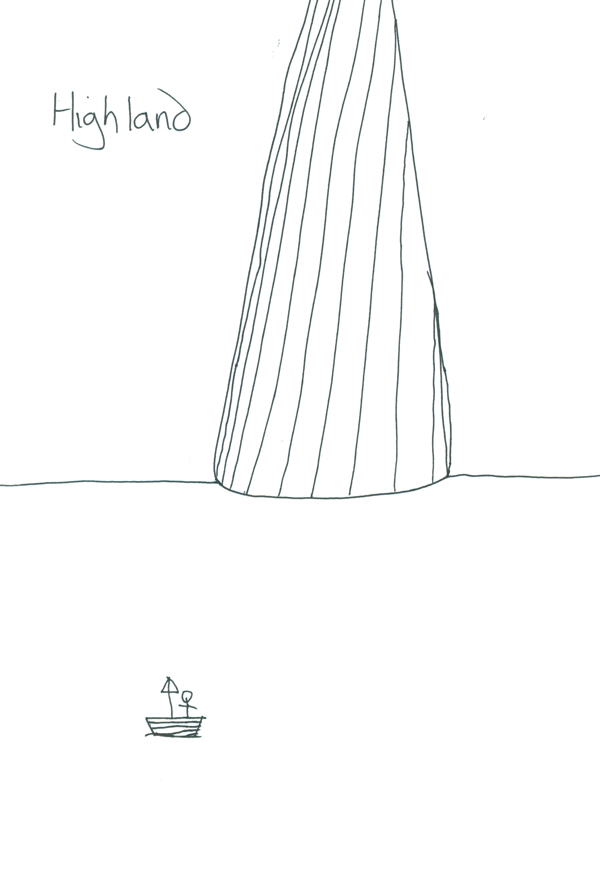 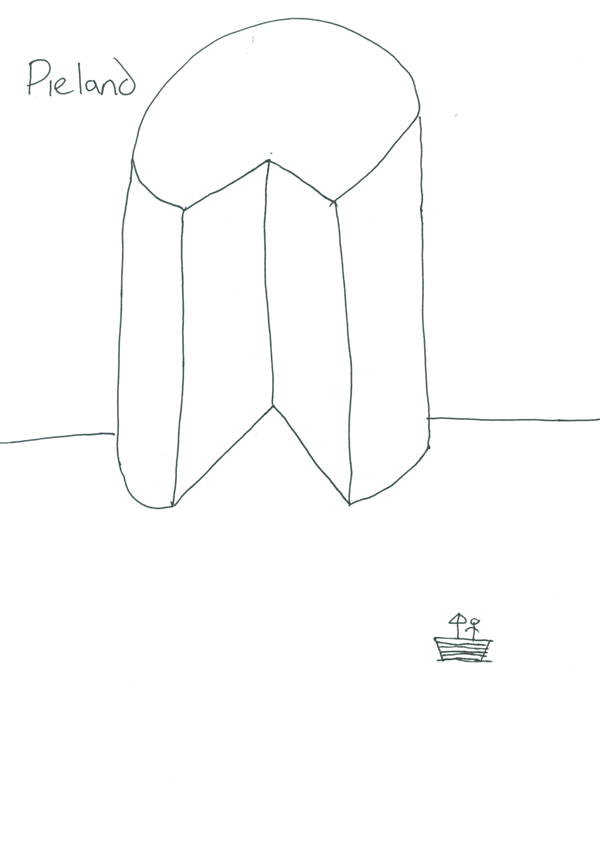 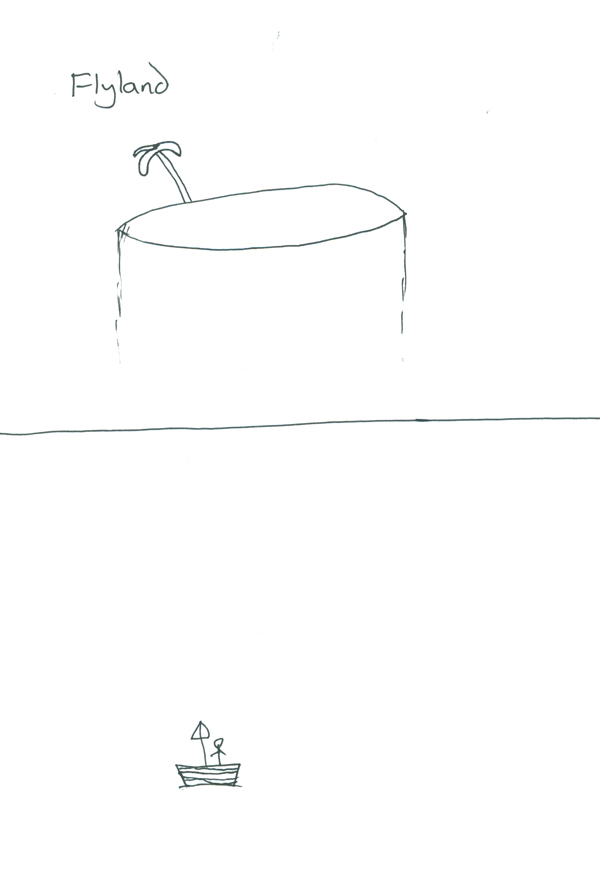 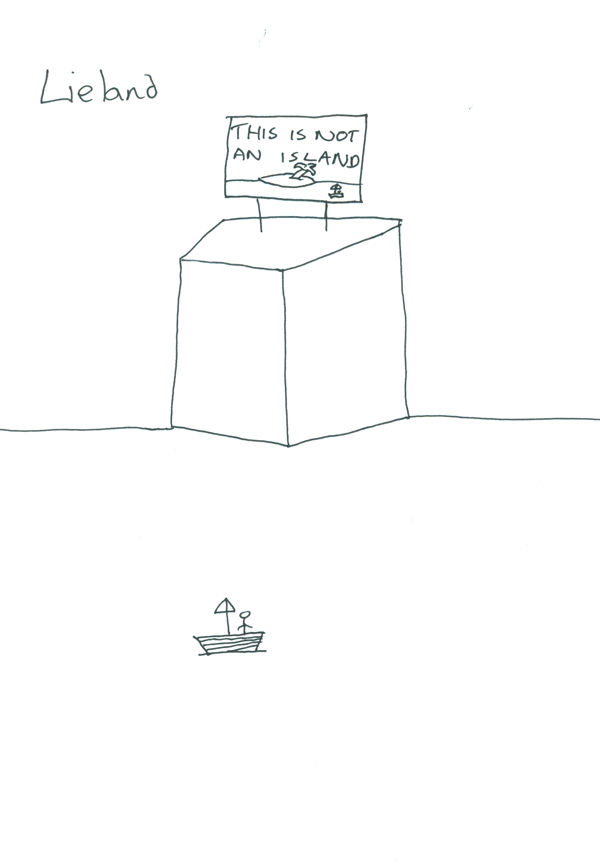 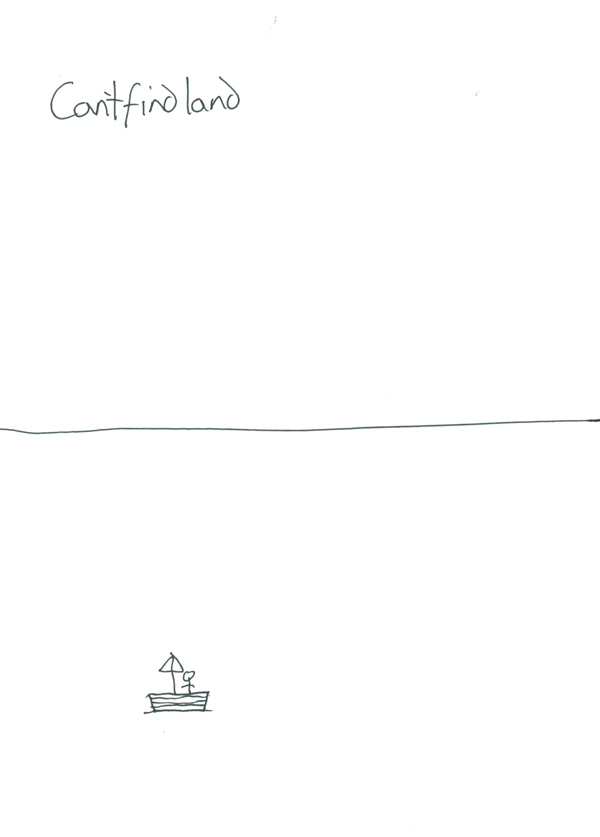 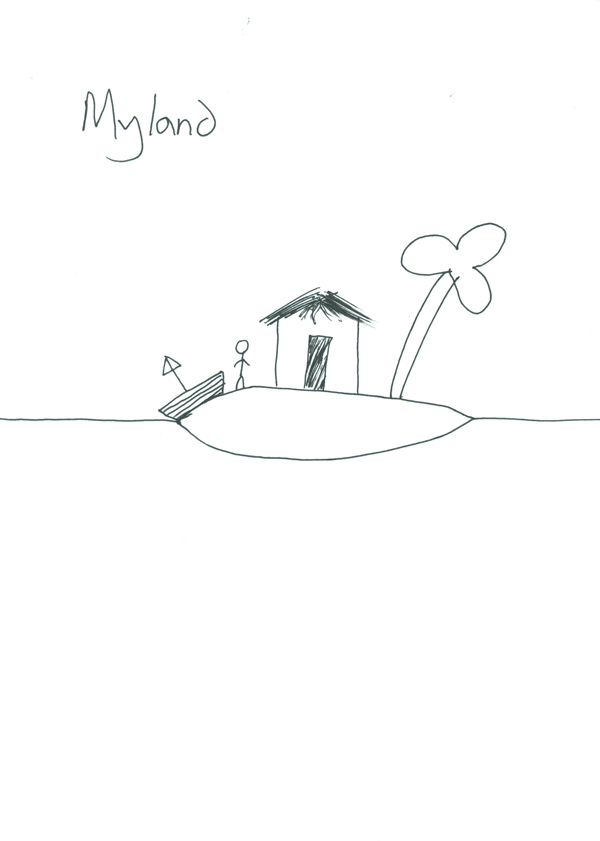 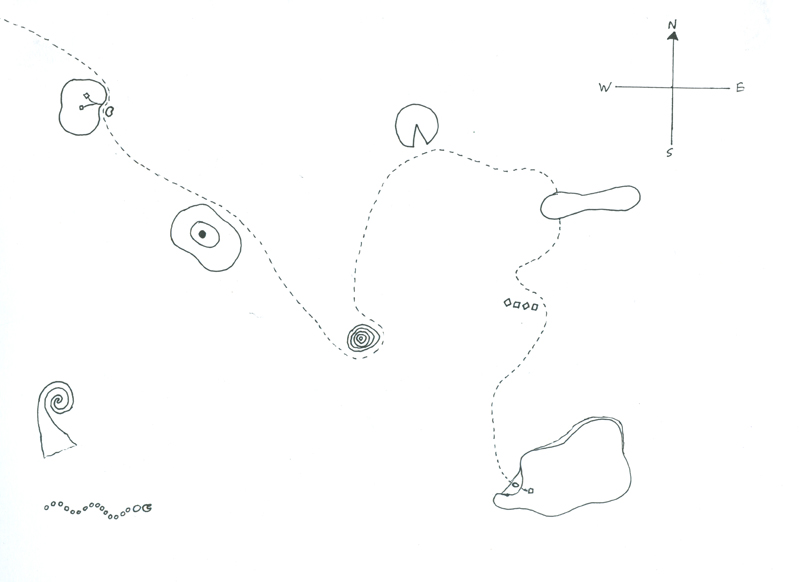 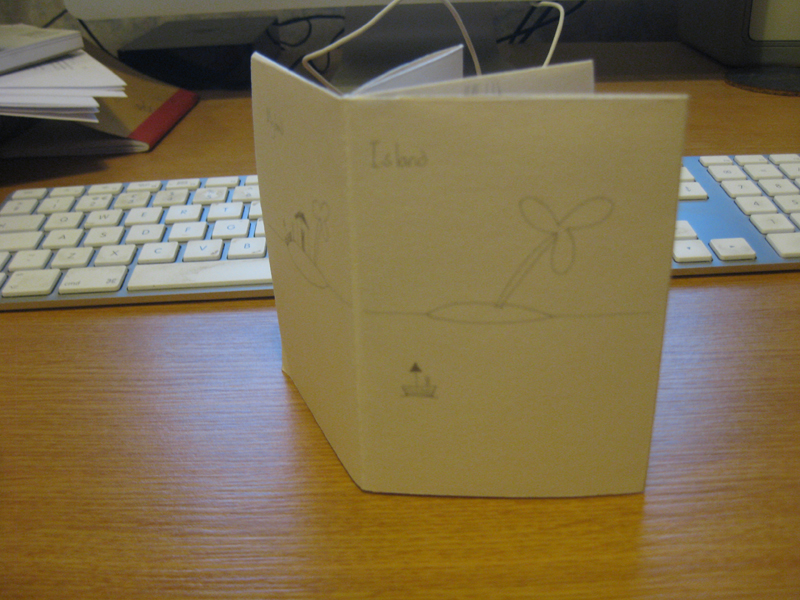 5. If you want to make your own one, please download the two images below, print them on opposite sides of the piece of card, and then fold them up like this. 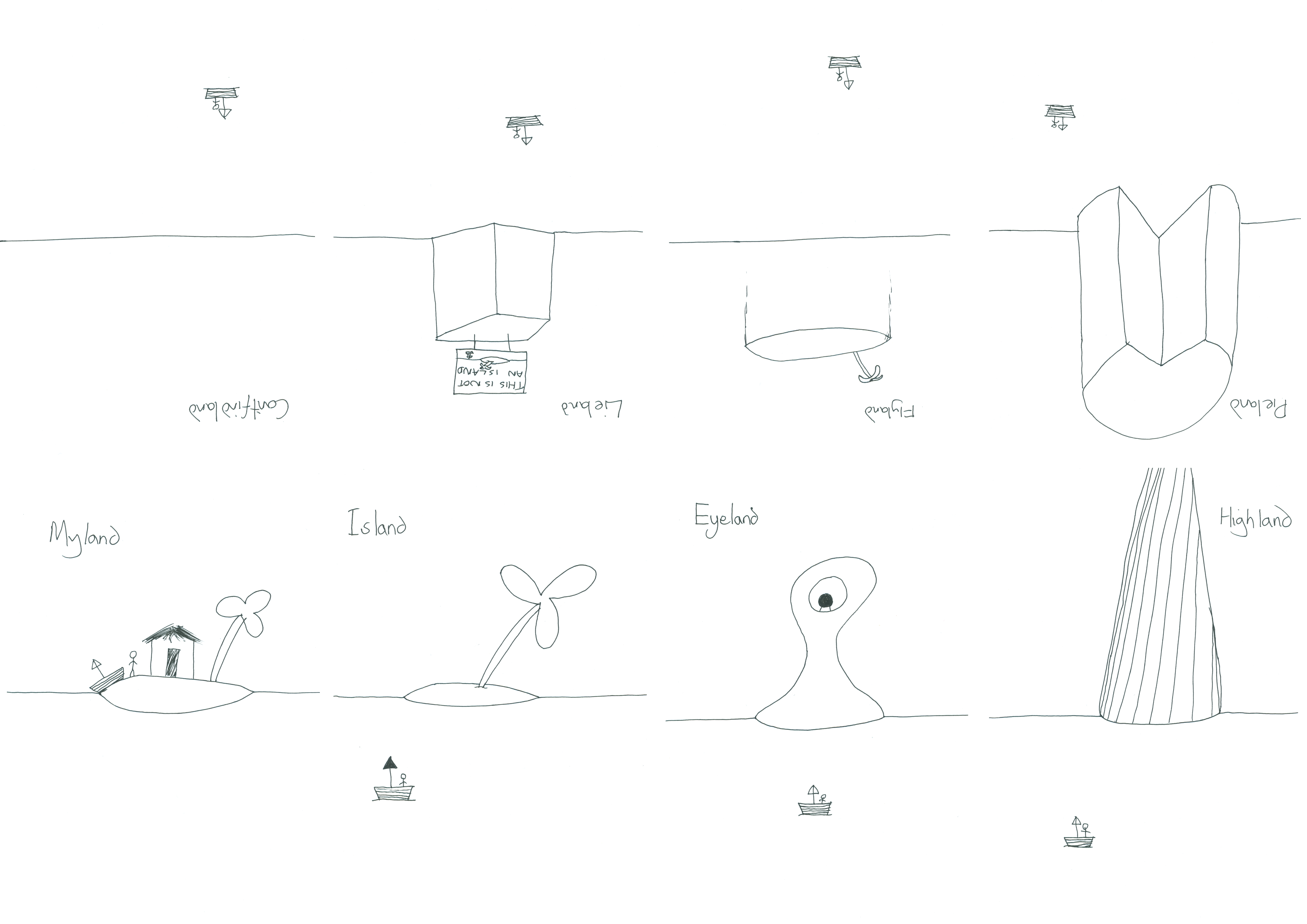 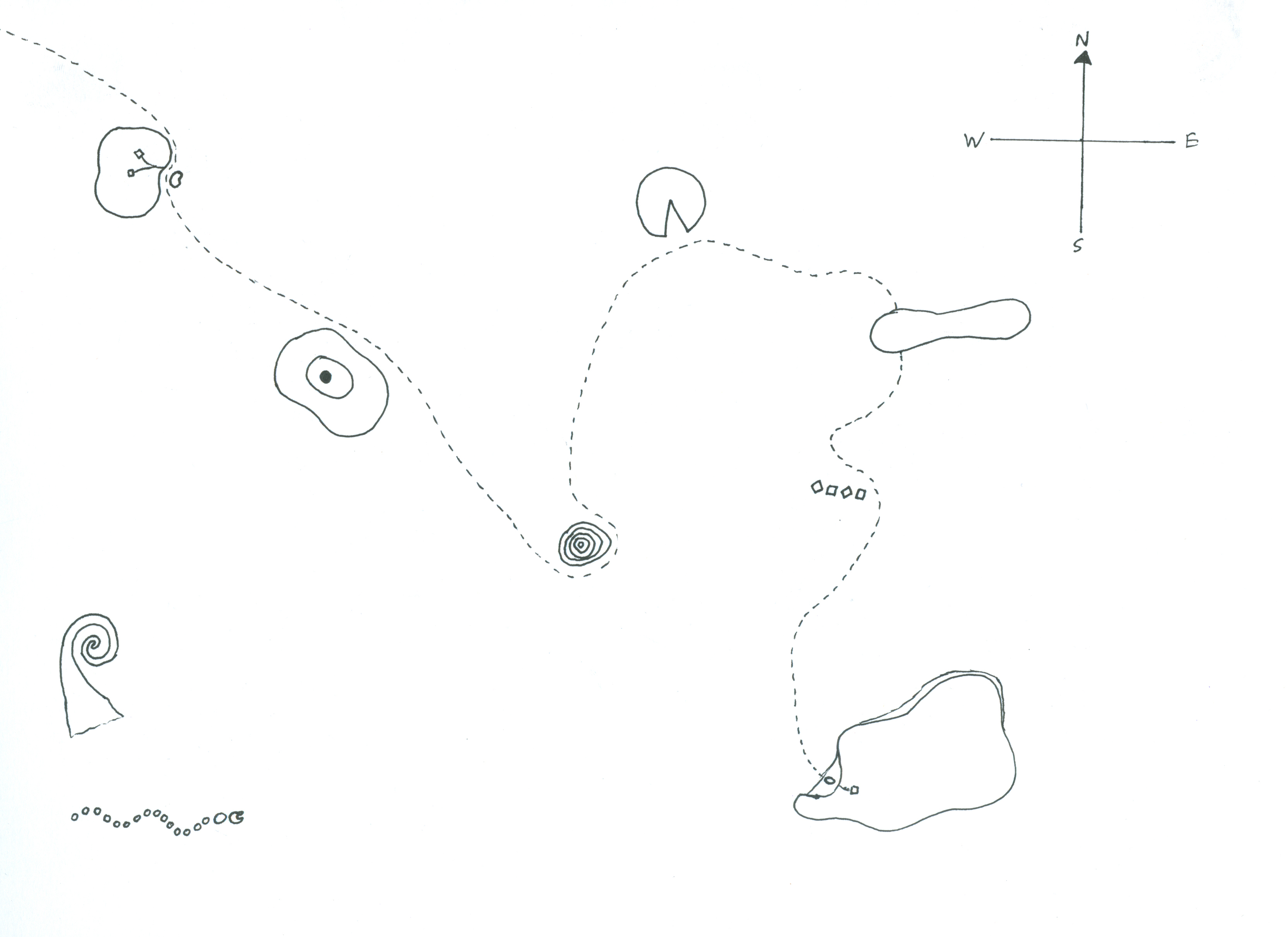 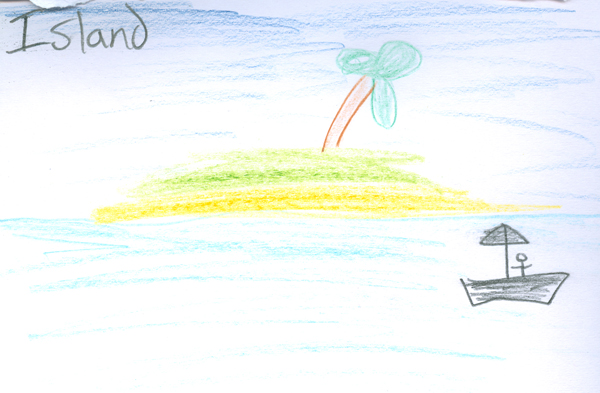 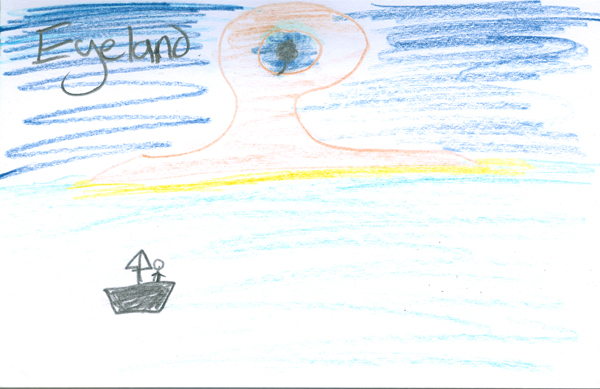 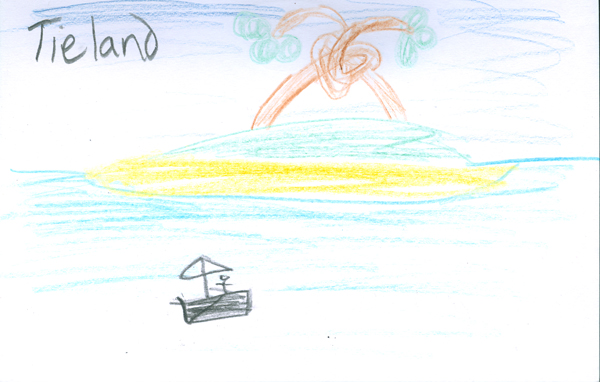 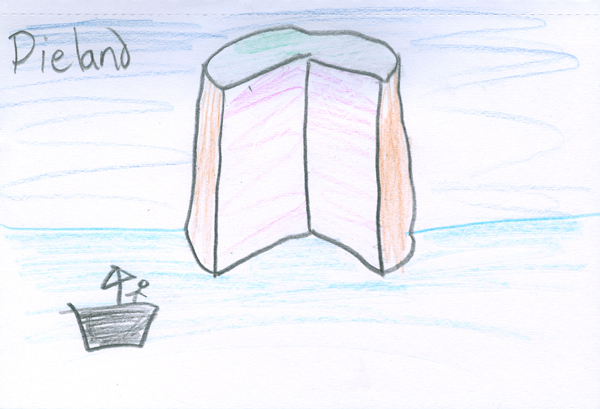 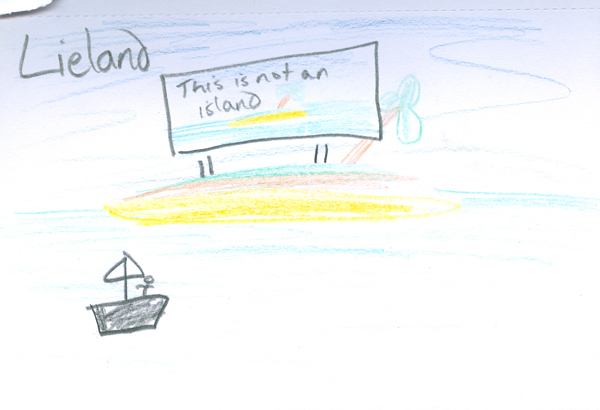 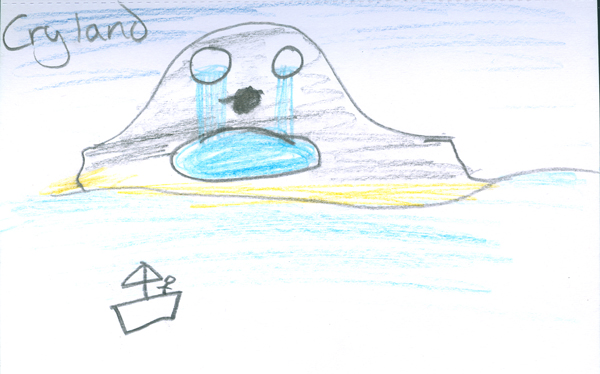 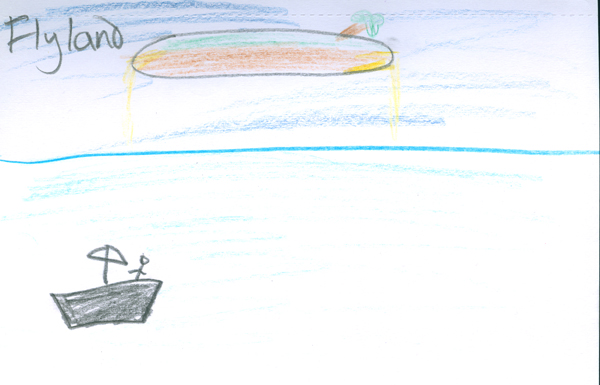 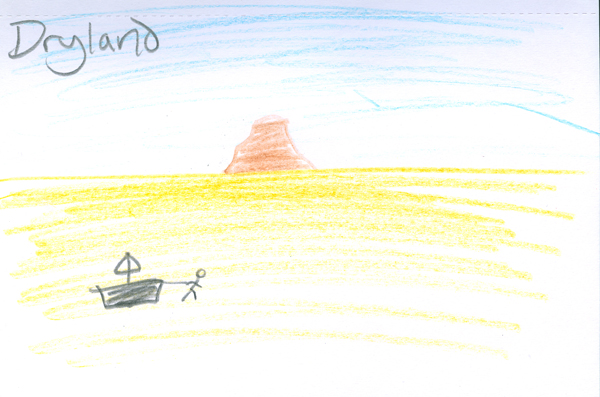 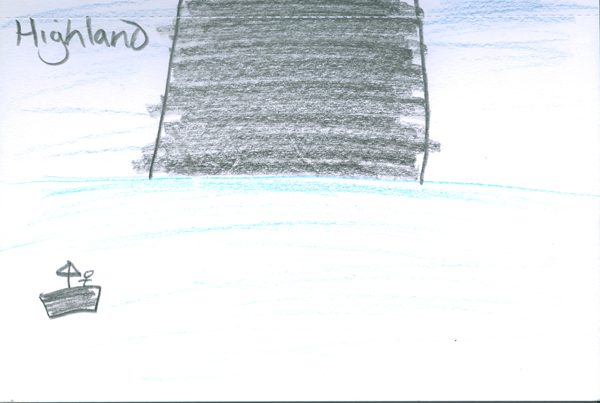 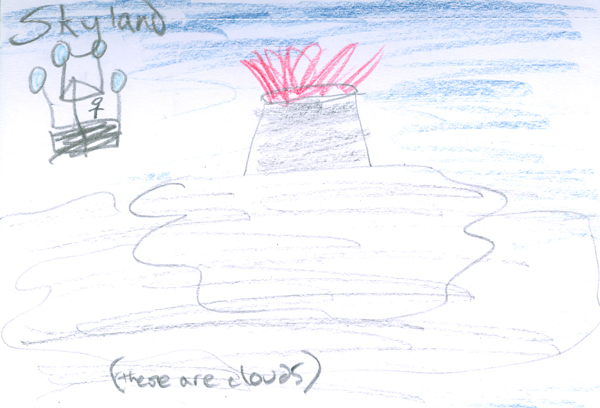 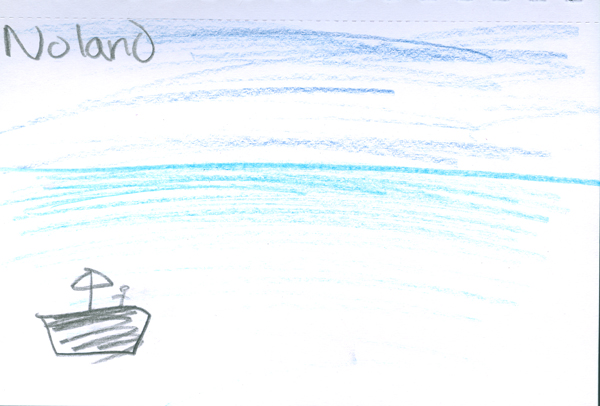 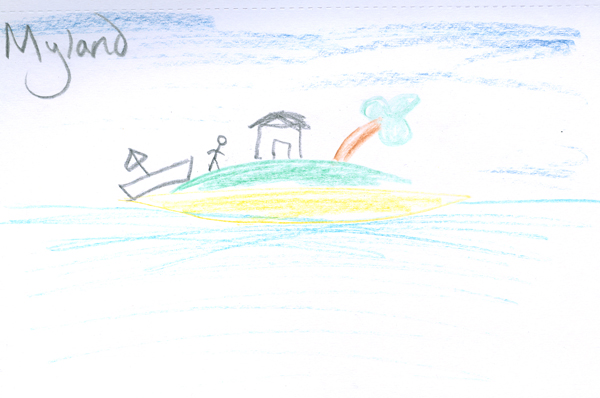 I didn’t really think much about it when I saw one of them for the first time. A face drawn in marker pen on the back of a road sign, roughly life-sized, picassoishly distorted, a cubic smile and implied eyes. Just another piece of graffiti, seen and then unseen, like the competing names on the park benches or the tessellating geometric shapes painted all over the abandoned bus station’s walls.

The next time I saw it, weeks later, it was 8 foot high and four feet wide, painted in the middle of an advertising hoarding looming over the roundabout as I took the bus to the shops, the advert it had apparently been hiding beneath hanging limply down onto the pavement below, the rains in the night presumably strong enough to wash away the glue.

The next day I saw it twice: first, painted on the boarded up windows of a nearby corner shop, which, despite its usefulness and continuing economic viability, had been closed down and was now marked for demolition to make way for flats; second, drawn tinily on the tattered remains of an old hand written note stapled to a telephone pole that had, at some point, before the old ink had run and the photo had faded to monochrome, pleaded for information about a lost, loved, cat.

After that I began to see it everywhere: public toilets (both inside and out); on the slats of a picnic table in the churchyard; hand drawn on a schoolkid’s satchel as I caught the bus home; drawn on sheets of a3 paper and flyposted up on walls alongside the gig posters, circus advertisements, wrestling promotions, vote leave signs, etc; on underpass walls and overpass handrails; etched into the dirt on the back of a van; scratched into a tabletop at the pub; scribbled in the margins of a book I’d taken out from the library.

In the bus shelter at the end of my road there were thirteen in a row, one per wooden slat, long narrow bodies stretching down to the bench below, and then down even below that to the pavement, resembling together a family of hattifatteners taken up residence here instead of a dead and hollow tree somewhere far away from town.

I walked to the next stop and waited there instead.

From there, an acceleration: t-shirts; tattoos; on postcards in the racks outside the ice cream kiosks along the riverside; on cards and books in the window displays in the shops on the high street; the new logo of a kebab shop. I went into HMV one day and the entire display of new releases were sheathed in cardboard sleeves bearing this face, colourless, titleless, priced at £9.99 (or £12.99 on blu-ray).

In the pub on friday night, half glimpsed across the bar, someone with this face as their own. Heart pounding, I searched the place, increasingly frantic, but found no trace of them again.

But on my way home there was confirmation: leaning against a lamppost, smoking a cigarette, the orange cone of light from the street light wrapped around him like a teleportation beam or a forcefield.

It took a week, and by the end everyone’s face was the same. Strangers, neighbours, family, friends, a mangled uniformity into which everyone fell.

And it felt inevitable when they came to the door this morning. I barely even struggled. They held me down in the hallway, my head by the bottom stair, their faces leering in from all sides.

My mother knelt down beside me, pulled a sharpie from her handbag, held it up like a knife in front of my face.

She pulled off the top and went to work. Smiled as she redrew me. 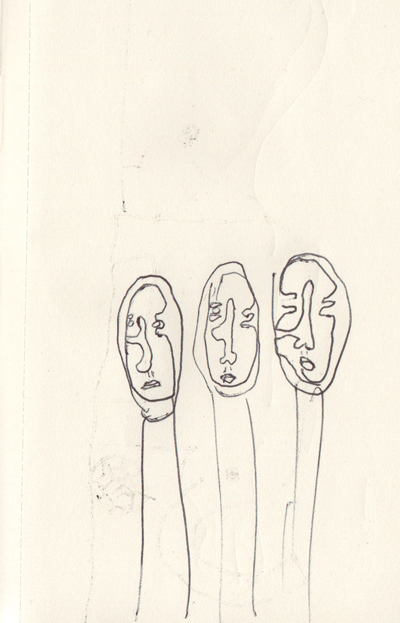 1. Written on September 7th, 2017
2. A true story
3. in so much as someone had been drawing faces all like this all round town at the time
4. absolutely everywhere for some reason
5. Most of them have gone now