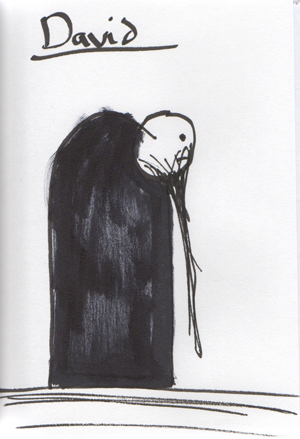 He had been unemployed for some time.

He had been unemployed for so long it felt like he had always been unemployed, although of course he hadn’t. There were a couple of years of work in there, and some college, and school, and those years when you’re too young to go to school, and before that the womb.

He was unemployed and that’s all you need to know about him.

1. Written in January 2017
2. Long before this series was even an idea
3. It was part of an abandoned novel
4. Abandoned after four whole pages
5. But at least its found a home now.