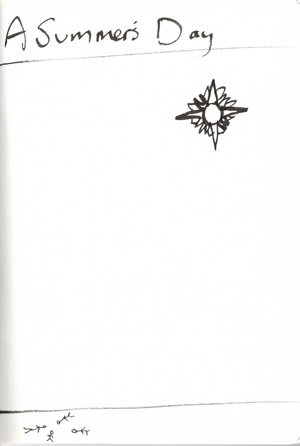 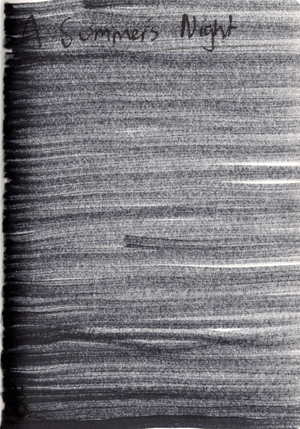 It was dark outside. Really dark. You couldn’t see a thing. But you could hear it all. It went on and on. It would not stop. Don’t they ever sleep out there? 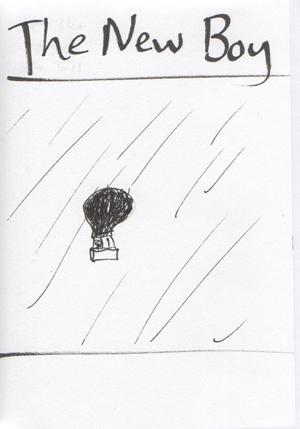 “There’s a new boy at school!”

“His mum’s a weightlifter!”

The cat, who had been asleep until now on her second favourite shelf, slowly opened her eyes at the sound of her name, and then just as slowly closed them again.

“He used to go to a different school!”

“He once drove a real car!”

“He once flew in a hot air balloon!”

“He’s been to Antarctica!”

But by Wednesday he wasn’t new anymore, and after the weekend they never spoke of him again.

They delivered the kittens on Thursday. There was a sweetness to their eyes.

By Sunday there was nothing left of me but bones.

There’s this huge strange cat that lives on our street that everyone says is evil. It’s not evil, obviously. It’s a cat. How the hell can you apply human morality to a cat? Well, any morality to a cat. It’s nonsense. I find people so exasperating sometimes it makes me want to scream.

Anyway this cat is huge, like I said, and strange. Like, really strange. It’s all grey and sleek and muscular, with these bright green eyes, and it doesn’t so much move as flow. It’s startling. Mesmerising. You just can’t help but watch whenever it appears. You can’t help but be transfixed.

And it really does appear. Because not only does it transcend morality, it transcends all the known boundaries of time and space. Lock your doors all you want, close your windows, seal the vents. It’s still getting in. Throw it out the front door, it’ll be at the back for the instant you turn around. That’s just the way it is. It doesn’t arrive, it’s already there.

One time I came home from school, and I saw this cat in every street, but I never saw it move. It just teleported itself round every bend, so it could get stroked and fussed on all over again. It never purred, though, no matter how much you fussed. It simply stared at you in demand, instead. But you could tell it really loved it. That’s the sort of cat it was.

There’s this girl in my class, Carla. I hate her. Sometimes she sits behind me in French and yanks my ponytail until I scream. But today I had to pretend I liked her, because they called a special assembly for our whole class, and told us she’d disappeared. Run away. Gone missing. And if we saw her or spoke to her or heard anything about where she’d gone we had to tell our parents, or the school, or the police. But not Carla’s mum. We weren’t allowed to speak to her mum.

It was very exciting.

Now everyone in our class hated Carla just as much as me, but we all wanted to find her, cause then we’d be heroes, and we might get to see her body all dead in a ditch or something, and poke it with a stick, like I did with a hedgehog once, and it was all full of maggots and it stank and it was amazing.

And the woods, and down by the river, and over to those abandoned old factories that all closed down last summer when someone set them on fire for insurance or something. That’s what my mum said, although Lilly told me it was an explosion caused by a bomb. She said it was on the news and everything but who watches the news I mean what’s the point it’s stupid.

Anyway, we didn’t find Carla. We didn’t find anything. At one point Gail and Lilly started arguing with each other about who hated Carla the most and Gail pushed Lilly in the river and we all cheered and ran off before she could drag herself out of the mud. I ran so fast I felt like I was going to scream but I didn’t scream I just kept on running until I got home even though I was supposed to be at Tina’s till six and it wasn’t even five yet.

When I let myself in I thought mum would be making tea but the kitchen was empty and there wasn’t even any plates in the sink, so I thought she’d gone out somewhere. Maybe she was getting fish and chips, I thought, which made me suddenly furious, thinking that she’d gone without me. How dare she! If we’re going to have a treat we should have it together. It’s just selfish otherwise. And anyway I knew we wouldn’t have had fish and chips if I’d been here for tea. We’d have had something boring like potatoes and peas and quorn.

Urgh, quorn. Did you know that quorn’s made out of mould! And, like, not even nice mould, like cheese, or a mushroom – which is a special type of mould called a fungus, and some of them like, make you drunk, or swell up and DIE! – but some sort of manmade mould. It can’t even kill you. It’s too boring for that. It’s just disgusting and she makes me eat it all the time. It’s horrible. It’s so cruel.

When I went upstairs to my room I thought I heard something in mum’s room. The door was open a sliver, and I looked through, and there was Mum lying on her bed, and that big strange cat was asleep on her chest. Mum didn’t even have any clothes on. That cat was sleeping right on her tits.

Mum was sighing like she was asleep or something, and that cat was yawning, and it reached out one of its paws, all lazily, as if it was stretching, and then hooked its claws right into her arm, and dug them in, and pulled them out, and dug them in again, until her whole wrist was full of these teeny tiny holes.

Mum didn’t even flinch. It was like she liked it. She was sort of moaning and laughing at the same time. Then there was all this blood running down her arm and onto the sheets and the cat moved over and started lapping up her blood and it’s tongue licked her skin so roughly I could hear it from here and it was like when we use sandpaper at school it was horrible.

Ever since then mum’s been knocking on my door and asking me what’s wrong but I’m not going to tell her I’m not coming out not now not ever again.

I hope Carla’s dead. I really do. This is all her fault.