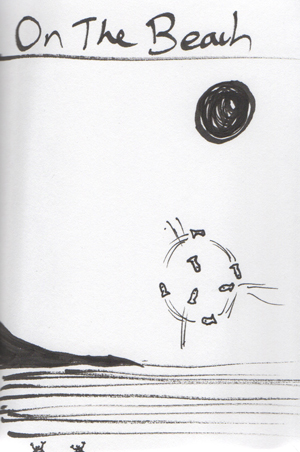 Down on the beach, under the light of the tainted moon, the waves broke backwards while the fish flew around like birds. Anemones bloomed in their billions like roses in the dark. And out of the sea the crabs swarmed together, dancing in patterns resembling the face of some shifting shapeless beast.

It was the night of the crabbus, and any soul who looked upon its form would be condemned toa lifetime of madness and despair.

Antoine watched on from the shadows of his cave. He shivered but did not look away. There is more in this world than any of us should ever know.